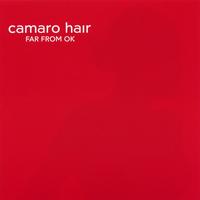 Far From OK, their latest release, isn't far from OK… it's just a shade north of there, actually. I don't want to like it. It has a lot of polish. It has a lot of gloss. My indie-geek bullshit detector (patent pending) is peaking well into the red. Have I heard one of these songs on MTV2? Have I heard all of these songs on MTV2? This is usually the sort of record I could spend hours eviscerating. It screws up my plan completely by actually being a pretty good album.

On the whole, these seem to be a lot of songs about girls. I like that. Girls, God and drugs are the holy triumvirate of rock imagery. No bad there. The lyrics on the whole are clever with catchy choruses- generally nothing too obvious. Thumbs up. The production is very layered. I like layered. I like massive walls of sound. Okay, well these walls aren't massive, but they are fairly dense. Cool. A little glossy? Yes. It sounds like it was born for the radio, but not necessarily the hipper-than-thou KEXP kind of radio, more like the you-will-be-assimilated Clear Channel kind of radio… that, is where the aforementioned indie-geek bullshit detector (patent pending) comes into play.

Album opener "At My Worst" does not bode well. It sounds like Coldplay with an American accent; it's a brooding piano driven song, cloying and radio'ready and just the kind of drivel that makes me want to scrape forks across my eardrums. (I think Alan McGee, former Creation records honcho said it best when describing the first Coldplay LP as "music for bedwetters"… ouch). I've heard this before, and I didn't like it then. Things almost immediately turn for the better, though, with "Walls I'm Facing." The "rock" factor gets turned up and the song's catchy chorus harmonies start to win me back their way. Then there's an strange and enchanting little break 2:40 into the song that makes me start to pay a little more attention…

"Disaster" moves back to ballad territory, but improves on the opening tune by being more dynamic and more unique; it shows a bit more of their own voice (a trend which seems to increase throughout the duration of the album). It's not going to change rock music as we know it, but it's got a nice vibe and a nice sound, not to mention a delightfully simple solo and breakdown (again). I begin to notice that these songs are a bit angst-y, but they don't wallow in self-pity and sadness. There's some guts in here. Slowly, I begin to enjoy this album.

The vibe alternates between rocker and ballad like this through track eight, "Miracles," which, as it begins, could have been a shoegazer anthem with a different production approach… that is until the vocal and chorus make it come on more like Candlebox (and I do not mean that in a good way). There was an interesting idea here that got lost in the "let's shift product"shuffle.

Track nine, "The New Me," bucks the trend by continuing the rock (and improves my mood immensely by not sounding like Candlebox). It kicks off the best one-two punch on the album. It's a driving rock tune, melodic and radio-friendly as can be. "Subliminal Tank" is next and reminds me a lot of brit-pop also-rans Haven (well, I liked 'em, anyway); it's all jangly-acoustic with electric and electronic choruses.

The album wraps up with "Generic Ballad" and "Generic Pop Song" (note for the irony-impaired: these are not actual song titles). Nothing particularly distinguishing about either one of these, though neither one is bad in any way. I'd have saved these for b-sides or the inevitably disappointing unreleased tracks on the Camaro Hair box set.

Maybe it's a little jealousy 'cuz I can see people lining up to buy this record once they see the video on the MTV(2). Or maybe it's because I can see a lot of good in this band that seems to have been sacrificed to sell product. Hopefully, that's exactly what it does so the sacrifice wasn't in vain.

"Anthemic," "epic," "melodic," "radio-friendly"… all words from their bio, all perfectly apt descriptors.

Recommended if you like Coldplay, Keane, etc. but still have some semblance of a spine. It might be a little bit too much for the bedwetters, though.