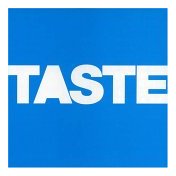 South Londoners the Capes are giving us a six song "taste" of their upcoming full-length, produced by Lenny Franchi (British Sea Power, Divine Comedy, Luscious Jackson, et al) — trouble is, the track he worked on, the opening "Francophile," is at best a catchy, quirky B-side. A riff-driven throwaway that diverts attention from the pure pop instincts the band intends to spring throughout the next five tracks.

This "true indie band" take back the reins quickly, and one hopes that will be the case with the album. Meeting in the furtively creative Goldsmith College and coming from the same pub-art milieu as Bloc Party, vocalist/guitarist Kris Barratt and keyboardist/guitarist/vox Richie Gladman and bassist/vox Rupe Cresswell committed to wood-shedding material until drummer Rupe Phelps came down the line, adding the bassist's younger brother Nick on additional guitar as well.

Like many noteworthy underground English bands they put out independent singles until an American record label took up their cause — Hard Soul re-releasing the could-be-from-any-year-in-the-70s melodic "Chromeless," the churning mod-ish rocker "Regional Heats," and the trippy "In The Morning" sides. They all sound a little alike, but you never know what might come up next in the mix. A little church organ, a lot of Beatlesque vocals, a touch of Vibrators snarl there, anything can happen. And that's just track six, "Galaxie Fraulein," smoothly schizoid in the best of ways.

The Capes is a band to watch out for, regardless of the too-thick NME hype, because they are one of the few bands that rock almost as confidently as the Futureheads without having such obvious antecedents. Okay, the Futureheads still rock a fuck of a lot harder but originality does count for something these days. Turning up the tension a little and avoiding a Supergrass over-smoothness might make the Capes an essential band to follow when their debut sails over from overseas (sorry, couldn't resist).