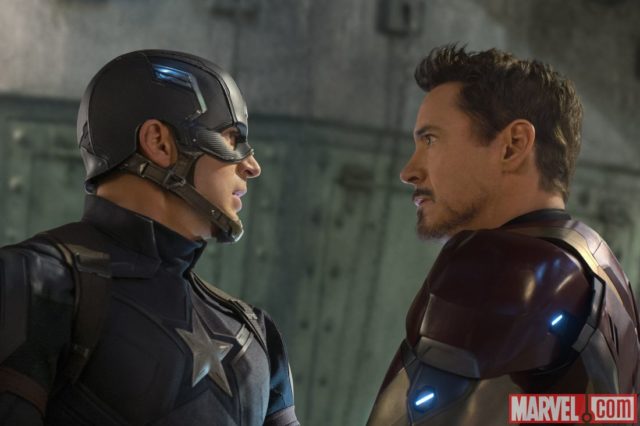 Whose side are you on? = the phrase attached to the marketing campaign around Captain America: Civil War (which I’m going to alternately title “The Marvel Clash of the Titans“) is something I’ve been spending wayyyyy too long thinking about after having my entire face blown off by almost non-stop 3D action at the IMAX.

Can you believe we’ve done this Marvel superhero movie biz THIRTEEN times in the last 8 years? I just saw that statistic and my entire face blew off a second time. That’s just one more movie than there are superheros in this one. But I’m getting distracted … as I often do when trying to describe a movie that is 85% fighting and 15% plot. Which is probably the max amount of plot you can have when 12 major characters* are sharing screen time …

Most of Civil War is spent with those characters chasing each other in cars, kicking each other in the throat, and smashing each other into concrete. That 15% is good, though —  props to having a villain that uses brains instead of brute strength, or you know, mystical powers acquired from an alien object. And the way the division of the teams happens is pretty boss, too.

That’s all I’m going to say about that plot, just because I think it’s a better film if you don’t know everything. I will say, though, that one of the best things about Civil War is that it introduces two more heroes in pretty great ways:  1) Black Panther, who, in my opinion, kind of stole the show, and 2) yet another reboot of Spider-Man, which I actually think they FINALLY got right.

That F/X though. Fucking incredible! Like, it must have taken them forever to get all that stuff just right. That point is really hammered home after you sit through the approx. 1 million F/X artists listed in the credits to view the second post-credit sequence.

So whose side am I on? #TeamCap or #TeamIronMan? Um, #TeamScarletWitch, OBVS, because she’s a fucking bad-ass. I was super stoked to see both her and Black Widow get as much screen time as they did and taking out at least as many bad guys as the boys.

Speaking of — hey, Marvel, when are we gonna get standalone movies about Black Widow & Scarlet Witch, followed up by a WidowWitch Team sequel?

I’m way more excited by that idea than anything I’ve seen on screen from you so far. 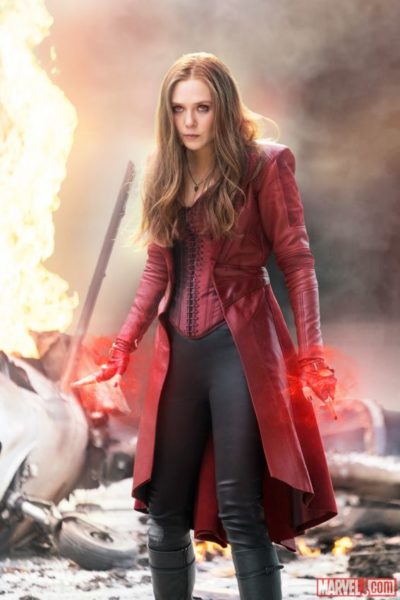