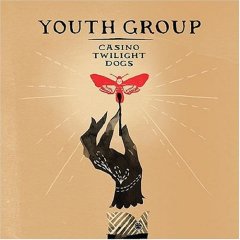 On their third album in seven years, Sydney indie-rock quartet Youth Group tread dangerously close to the semi-hopeful yet melancholic territory that made Coldplay simultaneously annoying and world famous. Take out some of the guitar parts and substitute a piano and you might as well have a repeat of Keane’s "Somewhere Only We Know" or Coldplay’s "The Scientist."

The album opens on some nice guy guitar rock in the vein of Nada Surf with "On A String," in which lead singer Toby Martin serves up a helping of quips about modern love, including "Love’s such a creepy thing/it gets under your skin/starts sticking in pins/and festering." So it’s refreshing to see him stand up for himself on the next track, "Sorry," a delightfully sarcastic indie rock anthem just waiting to happen, and the album’s hands-down best track. The repeated chorus “I’m so sorry/so sorry/I’m so terribly terribly sorry" and the remark “It’s a free world, go out and be an artist" are a relief from the downtrodden spirits that mark most of the album.

At their best, Youth Group sound like they’re still stuck in the 90s era of guitar-driven indie on songs like "Dead Zoo" and "Catch and Kill." The reverb-heavy electric guitar chords on "Daisy Chains" seem to refer slightly back to U2, as does "Forever Young," which was used at one point on the now-deceased O.C.

The album’s sonic arc is its biggest fault. The songs themselves aren’t bad but by the five-minute “The Destruction of Laurel Canyon,” you’re only on the second-to-last track and it still feels like the end is so far away. It wouldn’t be a stretch to say that the band hit some boring points throughout, especially because the album’s obvious climax comes with “Sorry” and starts to slowly drop off afterward with much less interesting material.

The band deserves commendation, however, for writing thoughtful songs with the kind of honest lyrics that are rarely seen in rock bands anymore without coming off as completely trite or saccharine. The individual musicianship is notable as well; each musician’s part is distinctly important to the song’s overall effect and nothing seems too superfluous.

But after a few listens, you’ll find yourself coming back to two or three tracks several times (“On A String,” “Sorry,” and “Dead Zoo”) and basically ignoring the rest.