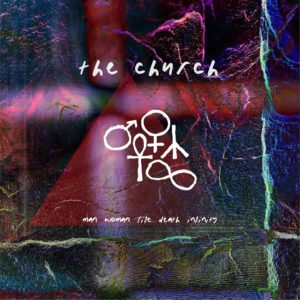 The Church Performing at The Neptune on Saturday, 09/09

For many, The Church are a band that released one truly excellent single, “Under the Milky Way,” in 1988 and that is about all that they know about the group. However, The Church have always been an extremely prolific band and have maintained a large cult following. Not even counting the singer and primary songwriter Steve Kilbey’s myriad solo albums and side projects, The Church will be releasing their twenty-fifth studio album this autumn. Entitled Man Woman Life Death Infinity, The Church will be performing in Seattle on Saturday, September 9, 2017 at The Neptune Theatre to preview some material that will be included on the new release, alongside tracks from their consistently impressive thirty-six year career.

At heart, The Church are a psychedelic rock band. Their early 1980s records showcase a straightforward four-piece format that is heavily influenced by 1970s rock music. From their debut album, Of Skins and Heart (1981) through Séance (1983), one can hear the influence of T. Rex, Cockney Rebel and David Bowie strewn throughout. The early records are not particularly inventive, but they all contain great songs that helped to establish their recognizable sound.

In 1984, The Church began to truly evolve into a more unique group with the release of an EP called Persia that contained their first few definitive sounding songs, “Constant in Opal” and “Shadow Cabinet.” In these tracks, they began to meld Eastern song structures with psychedelic rock. The combination of these elements lead to the classic sound of The Church. This paved the way to Heyday, which was released the following year, their first breakthrough record that features the memorable and timeless songs, “Myrrh,” “Already Yesterday” and “Columbus.”

The relative success of Heyday set The Church up to record Starfish (1988), their best-selling album, in Los Angeles. Upon its issue, the single “Under the Milky Way” became an instant classic that appeared frequently on MTV and radio stations all over the country. However, the band never quite caught the public’s attention again after the Starfish tour wrapped up. Oddly, the best was yet to come once their brief encounter with fame waned.

In 1992, The Church released their best record, the stellar Priest = Aura, an album that brought much more experimentation into their sound. Priest = Aura is a dark, mysterious and complex piece of work. It sounds closer to Disintegration than Starfish and this was the best move The Church could have made. From start to finish, this is an album that needs to be listened to without pause. It is astonishingly great and is their magnum opus. The brilliant single, “Ripple,” is the best place to begin for the uninitiated.

The 1990s continued with a series of dark and druggy experimental records. Sometime Anywhere (1994), Magician Among the Spirits (1996) and Hologram of Baal (1998) are all beautiful, challenging and fascinating records that rank closely with Priest = Aura. The 1980s albums are all good, but the 1990s records are great as they are much more interesting and original.

After the decade concluded, The Church entered the 2000s with no sign of slowing down. They have continued to release new records every few years and Steve Kilbey seems to release multiple albums each year, either with The Church or solo or with other musicians. The band have continued to evolve their sound and haven’t tried to recreate the same record. In spite of this, their sound is always The Church. “Another Century” is the first single off of the new record and it is a song that certainly breaks new ground for the group. For a taste of the upcoming LP, Man Woman Life Death Infinity and the chance to experience an incredible band live, check out the band at The Neptune on Saturday evening {more info about the show}.