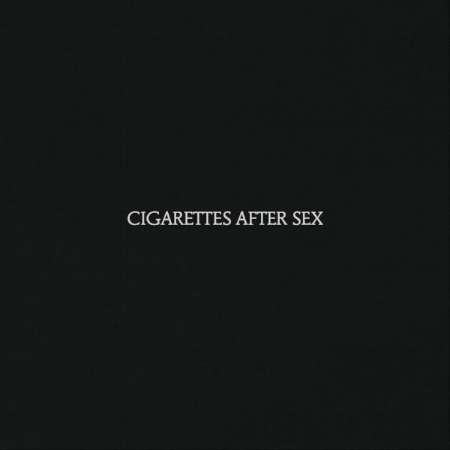 The first full-length album from Cigarettes After Sex seamlessly picks up where their 2012 EP I. left off. Released in June of this year, the self-titled 10 track record continues to beguile, with front man Greg Gonzalez’s deliciously androgynous vocals melding with melodic reverb guitar and simple bass lines to create a dreamy, narcotic atmosphere.

Alternatively classified as “pop-noir,” “dream pop” and “slowcore,” one is reminded of Julee Cruise, Red House Painters, and Cocteau Twins – hardly surprising, given that Gonzalez lists these (among others) as strong musical influences.

The album opens with the song “K.” A snapshot of Gonzalez’s relationship with ex-girlfriend Kristen, it features gently psychedelic guitar, warm bass and straightforward drumming reminiscent of Mazzy Star’s bluesier tracks. Knowing that the relationship ultimately ends makes the closing lines particularly poignant: “Holding you until you fall asleep and it’s just as good as I knew it would be. Stay with me. I don’t want you to leave…” It is also a good example of lyrics that, while confessional, are still relatable. Gonzalez manages to craft an album replete with vulnerable, autobiographical sketches without coming across as self-absorbed.

“Apocalypse,” the 4th song on the release, is defined by a languid, but catchy hook that will lodge itself in your brain. It is perhaps the most reverb-heavy track, paired with a plunking, uncomplicated bass line that is evocative of a stripped-down Souvlaki era Slowdive.

Track 7 is “Opera House.” It opens with shimmery, ethereal keyboards and mirrored guitar, soon joined by somnolent drums and a slow-strumming rhythm guitar. A melancholy song, it begs to be listened to while sprawled out in bed, watching the afternoon sunlight shifting on the wall.

Taken as a whole, the debut Cigarettes After Sex album is a collection of hazy, smoky, slow-dance-alone-in-your-living-room-alone love songs. Fans of hushed vocals, echo, wispy hi-hat drums and a general noir nightclub vibe would do well to check this group out.

Cigarettes After Sex’s US tour kicks off in Seattle on September 8th at The Crocodile, a perfect venue for a band that immerses itself in intimacy (more info).