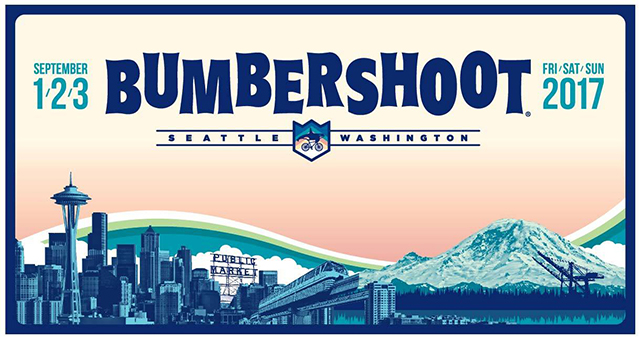 It’s that time of year again! Bumbershoot is fast approaching and we’ve got some hand picked recommendations for your earholes. So get your granola bars, misting fans, and hot pants READY.

Seattle local J GRGRY cranks out anthemically angelic tracks that harken back to the 80’s drum based synth pop of Peter Gabriel and Phil Collins. (Yes hello, sign me up please!) He’s also a huge fan of bright sparkly body paint and projectors, giving his performances an otherworldly feel.

One of Seattle’s most instantly recognizable and sincerest vocalists, Shelby Earl recently released her third full length, The Man Who Made Himself a Name, stepping slightly away from her alt-country roots into more of a pop bent sound. It’s been awhile since I’ve seen Shelby live and I’m excited to check her out before she heads off on a tour of Ireland in September.

Newcomer Aminé is full of pop culture references, rapping about Spice Girls, Khalessi, and the Heebiejibees over Summer-y laid back beats. He’ll even make you laugh more than a few times on every track. In my eyes, his new record wins “Best Usage of a Toilet on an Album Cover” since Millie Jackson’s Back to the Shit.

I mean come on, do you really need me to tell you how incredible The Roots will be live?!? These are some of the most talented musicians alive on the G.D. planet. Jimmy Fallon better be thanking his lucky stars every damn night.

You may remember Stas THEE Boss as half of groundbreaking local hip-hop duo THEE Satisfaction. She’s been popping up all over the place in 2017, collaborating with Porter Ray on multiple tracks, hosting Street Sounds on KEXP, and introducing us to her own chill experimental hip-hop grooves on a full-length debut LP, S’women. It’ll be intriguing to see how she commands the stage as a solo artist.

Portland multi-instrumentalist Dave Depper has put in serious time touring and recording over the years with the likes of Menomena, Robyn Hitchcock, Fruit Bats, Death Cab for Cutie and many more. He’s released several solo albums but is truly coming into his own on this year’s synthy LP, Emotional Freedom Technique. Now that Seattle’s allowed to BBQ again, it could be the perfect soundtrack to many a backyard mojito mixer.

If there’s one thing Spoon knows how to do, it’s making the crafting of extraordinarily catchy pop songs seem effortless. They’ve done it again on their ninth studio album, Hot Thoughts, released earlier this year. Even though it drives me crazy that everything they seem to touch is gold, I cannot wait to see them for the first time live!

Single day and 3-day passes for the festival are still available at www.bumbershoot.com, where you can also peep additional programming from SIFF, Flatstock, comedians and even THE LASER DOME. That’s right. This year you can kick back and watch Laser Beyoncé or Laser Kendrick Lamar. BOOM.