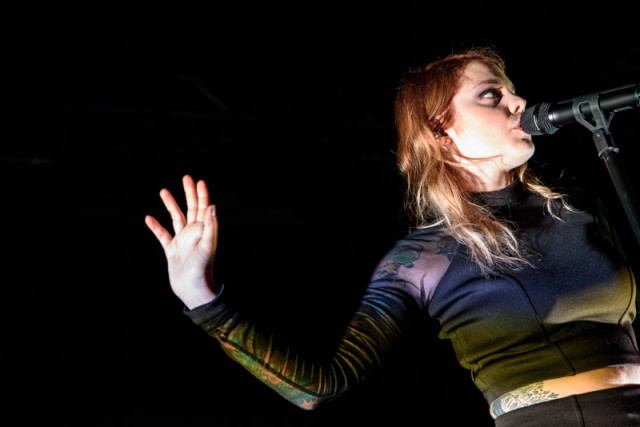 I am still reeling from this bubbling pop lovefest, which felt a little like walking into the warm embrace of your favorite confidant. It also might’ve been warm because it was packed as F. This just goes to show the power of Coeur De Pirate to bring out her fans on a Sunday night.

What’s better than one adorable Canadian? This is not a set-up to a sick punch line, guys. The answer is actually two adorable Canadians. Coeur De Pirate’s opener Ruth B (Alberta, Canada) shyly appeared on stage, sat at her keyboard, and then proceeded to kill it with hits such as “Two Poor Kids” (about, you guessed it, two poor kids in love) and “Letter,” which details the note you wish you could actually write to your shitty ex’s new girl—if only to save her. Preach. 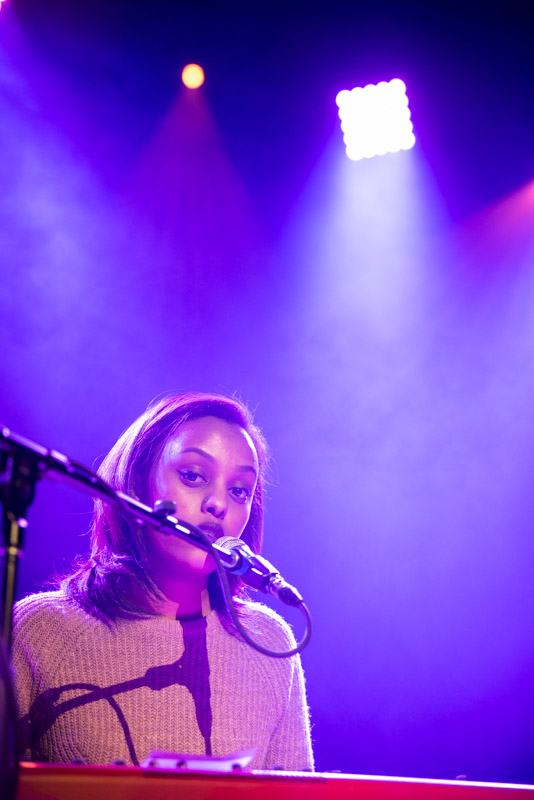 If Taylor Swift is whoever she is now, then Ruth B is surely the early-2000s T-Swift of Alberta, cemented by the chirping of the two teenage girls behind me almost the entire set, with varying degrees of enthusiastic interjections that ranged from “This is like, so accurate,” to “That was a-mazing.” Ruth B writes about the lovesick problems of teenagers with such sincerity that even in this somewhat jaded town, she managed a feat so impossible I have to repeat it here: complete silence, as a room full of ears tuned in to listen.

But if Ruth B swept us up in a dreamlike trance, then Coeur De Pirate (aka Beatrice Martin) transported us to a planet where POP IS ALMIGHTY and she is the conduit of its power. Playing hits old and new, from tracks off of her latest album Roses to favorites like “Comme des Enfants,” front-woman Martin seamlessly traversed through both her French and English hits at an incredible and energetic pace. Guys, she even covered Drake’s “Hold On, We’re Going Home.” And it was so good. 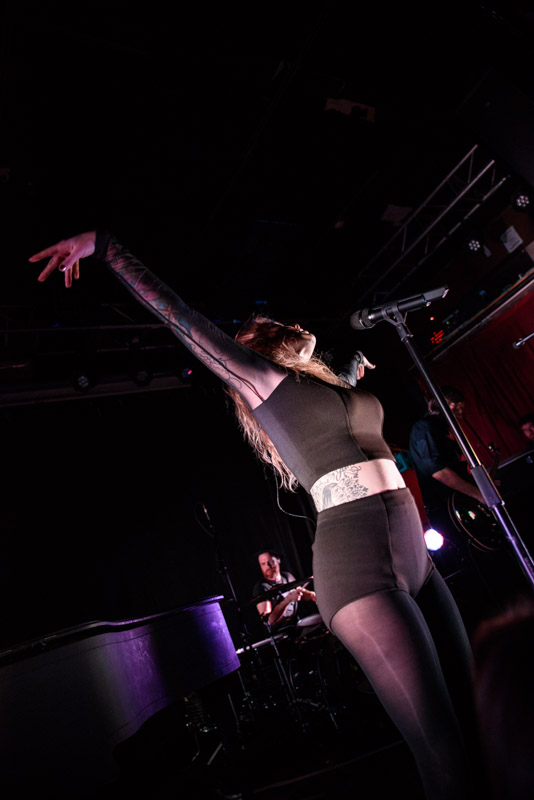 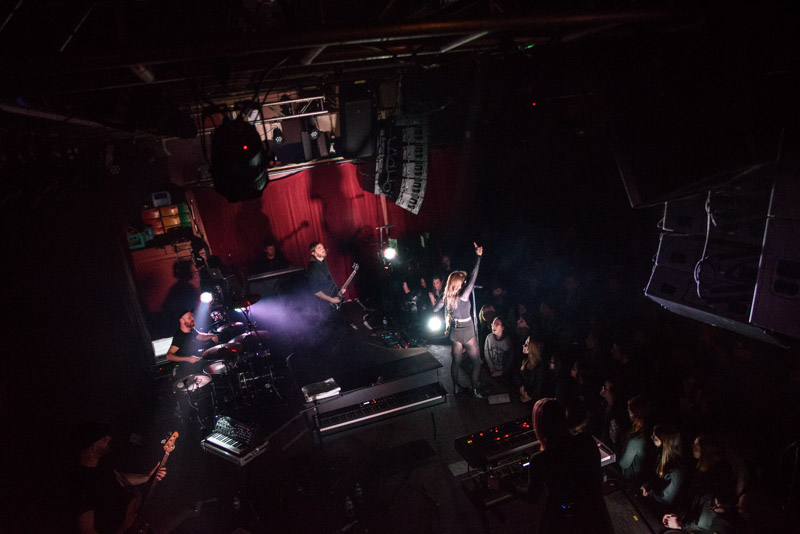 The show was made all the more enchanting by the fact that she is also totally adorable—winning the crowd with increasingly cute comments laced in a subtle French accent like: “I am so surprised you’re all here! The Walking Dead is on tonight!” The crowd was so delighted by anything she had to say, do, or sing that you could almost see the positive energy as it radiated through the venue amidst beautiful stage lighting and projections. 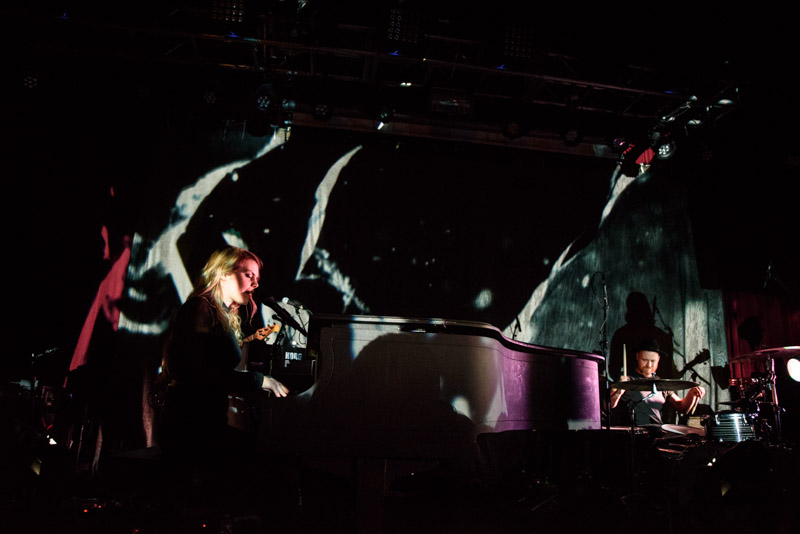 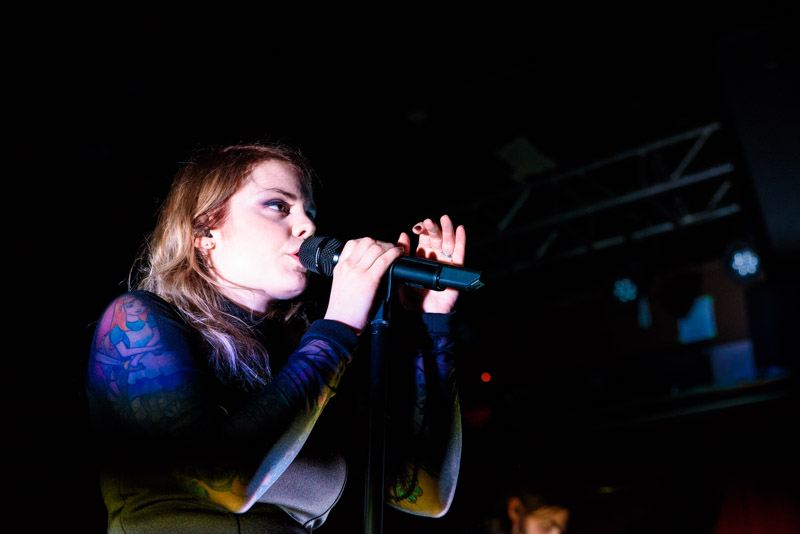 And there was something so endearing about the heartfelt way she performed each song, literally interpretive dancing across the stage with moves that kept her on her feet even if she was at the piano, making what could’ve simply been a set of wistful songs into a delightfully artful experience. (If you haven’t watched the video for her latest hit single, “Carry On,” then you should watch it now and see what I’m talking about with them dance moves.)

As someone who is also bilingual and often struggles to find the right words in either language, it was exciting to watch someone so adept at crossing the barriers of language and evoking such a sincere response in not one but two tongues. If there is ever argument for the unity underscoring all our small universes, then truly it is echoed somewhere in the thoughtful music of Coeur de Pirate. 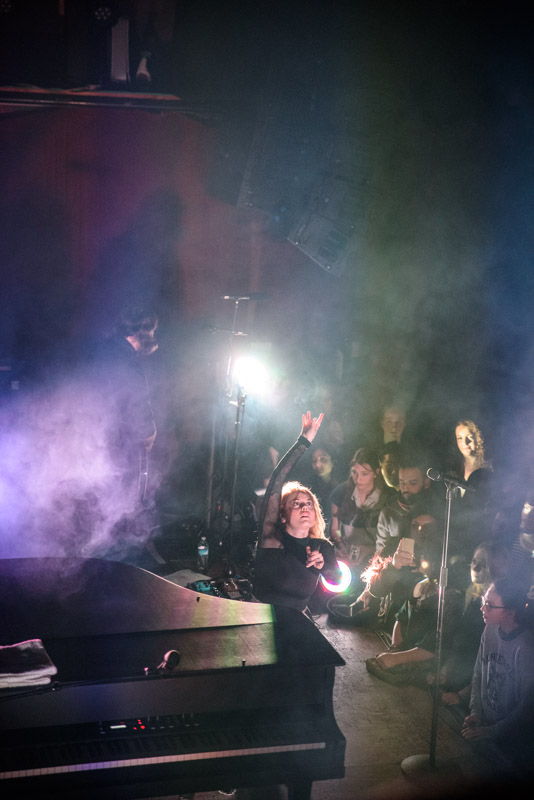 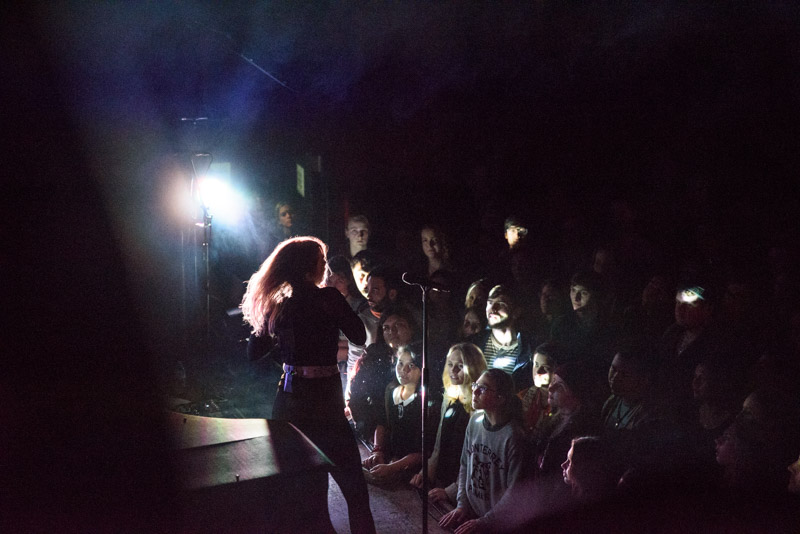 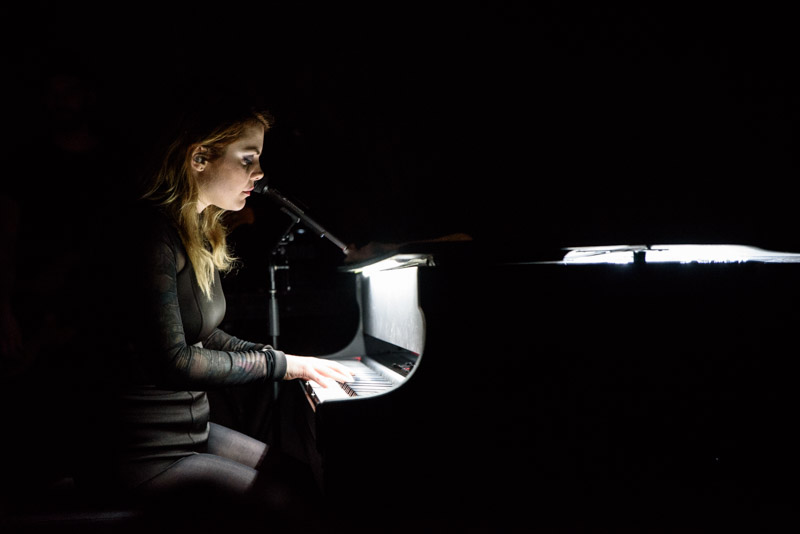