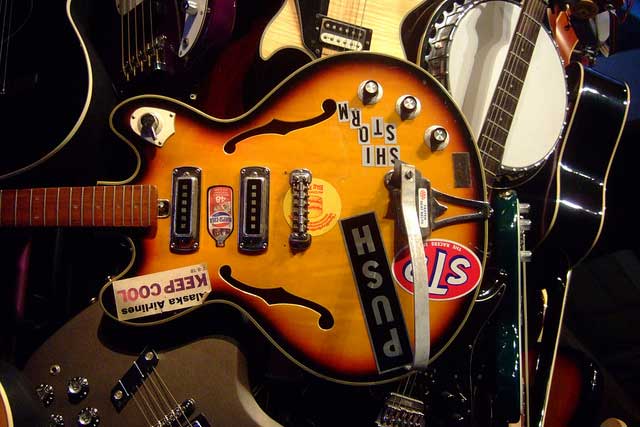 It’s only this past week that it feels like 2016 has kicked into high gear.

A lot of highly recommendable shows are being added to this town’s concert calendar every day – both in the near and far future. It’s going to be difficult to juggle all the fun of shows and new music headed our way.

Case in Point: This Saturday – February 20

This Saturday is a snapshot of what an amazing music community we are lucky to have; there are TWO (super fun) ways to celebrate and support Seattle’s all ages music scene:

EMP’s Sound Off! Semi-Finals #2 with four supurb young bands from Washington state vying for a spot in the finals competition and a spot to take the stage at one of this summer’s best music festivals (I shared all the great details earlier this week).

The Viva Vera Gala at the Triple Door celebrates the 15th Birthday of Seattle’s beloved Vera Project. TVP has supplied a supportive outlet for all ages shows and arts endeavors, empowering all of us, especially our youth, to do, create, and support artistic endeavors. This years Viva Vera Gala will bring together 250 of Seattle’s best-known entertainment innovators, culture-creators, and education community members to raise money to keep TVP strong. Dinner is catered by Wild Ginger, and the evening will feature musical performances by Seattle’s pop ambient luminary Briana Marela and electronic pop duo Crater.

Not to mention, there are multiple other amazing things you should see on Saturday 2/20:

Seattle Rock Lottery at the Crocodile – an experiment featuring 25 of Seattle’s most talented musicians that you have to witness to believe it.

Quasi at the Tractor Tavern – when Janet Weiss is in town, we are the luckiest folks in the world. Upping the OMG factor – Sally Timms is opening (of the Mekons).

The Cave Singers at Neumos – this show celebrating their album release is already sold out. High-five to them!

Beyond that, there are a number of other things to add to your calendar:

Don’t want to leave the house?

The Cave Singers – “That’s Why”

The Cave Singers have released their new album, Banshee! You might remember (and hopefully participated in) their crowd funding effort last year. Well, the album is now available for all to stream on bandcamp and the pretty pretty vinyl is on the way!

If you couldn’t tell by their two-night Cave Singers festival-type residency at 925 E Pike Street (they are playing Barboza on 2/19 and Neumos on 2/20), they are in it to win it with this album.

Last Saturday was a sad day as it was announced that the young band Viola Beach (and their manager) died in a car accident on their way home from playing a Swedish music festival. Most bands spend way too many late nights on unfamiliar roads, so this should be a reminder to hug your touring band next time you see them (and buy their merch!). From the sound of the three songs they did release, this young britpop band was poised to release albums and albums of songs I would love.