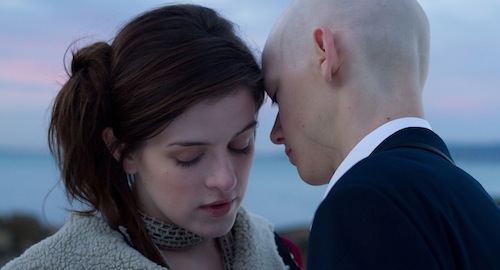 Death of a Superhero

{Death of a Superhero opens in Seattle on Friday, 5/4 and is screening at SIFF Cinema Uptown through 5/10}

This is going to be a hard one to recommend, even though I think it’s a really, really good film. Because there is no way you’re going to leave the theater without disintegrating into a sobbing mess.

Based on a book by Anthony McCarten, Death of a Superhero stars that little ginger kid from Love, Actually (Thomas Brodie-Sangster), in a role that proves that he can, you know, actually act. He sure acts the hell out of this role.

Sangster is Donald Clarke, a 15-year-old boy with brain cancer. He’s also an incredible artist, and channels his feelings of helplessness into some pretty awesome comic book heroes and villains, which Director Ian Fitzgibbon wisely chooses to show on screen in animated form.

While struggling with his diagnosis and treatment, Donald watches his friends have “normal” teenage experiences—and eventually meets and starts to fall for Shelly (Aisling Loftus; note to Hollywood, put this girl in everything. Now.), a super-smart girl just waiting to turn 18 so she can experience the world. The contrast between Shelly, so full of life, and Donald, nearly at the end of his, is startling and beautiful. You end up rooting for him to survive…even though you know he can’t.

I feel like I’ve seen more than a few movies about teenage angst and struggles with mortality and an unorthodox therapist who breaks through to make a difference (played by Andy Serkis, here, who is pretty awesome in this movie too), but this one had a decidedly different feel.

The combo of the amazing casting, animated fantasies, and gorgeous scenery all made this film seem REALLY real. I definitely got caught up in it, and I think you will too.