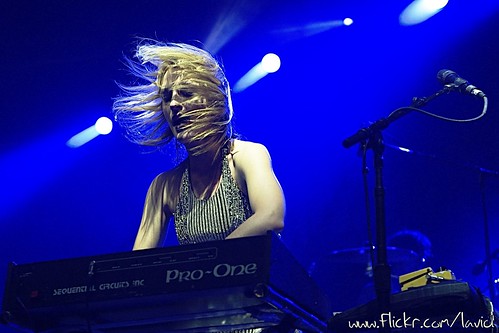 Deck the Hall Ball started a little late. The excellent opening band, Visqueen, started their set about twenty minutes later than the posted start time of 5:10. All was mostly forgiven the minute they took the stage, though, blowing through a short, twenty-minute set mostly of songs from their latest album, Message to Garcia. Their catchy power pop most of us here find irresistible (myself included) was accentuated by frontwoman Rachel Flotard’s hilarious banter. This time she asked for the lighting guy to turn off the lights for one second for everyone in the huge crowd to have a quick make out session. It didn’t happen (was it just me, or did the lights actually get brighter at that moment?) but they followed through with their set, closing out with their old hit “Vaxxine”. When I got there during soundcheck, bassist Christina Bautista remarked that the crowd was the biggest she’s ever soundchecked before. It was good to see the big crowd of listeners of 107.7 The End taking to this really great local band.

The next band was the strangely polarizing Vampire Weekend. They really are one of the bands under the umbrella of “indie rock” that I really, really enjoy but classicists seem to get bent out of shape by the preppy, Ivy League kids whose beats use a lot of African-inspired rhythms. They were also limited to twenty minutes, although originally slotted for thirty. Most of their set (four of six songs) was from their excellent self-titled album from last year. VW has their sophomore effort, Contra, coming out in mid-January and promised a proper return once the album is out. VW has a clean and precise pop sound that is built around the Africa-influenced beats. The new songs they played “White Sky” and “Cousins” continue in that same direction. I wish they would have played longer and their set would have included two of the songs from the self-titled 2008 album I loved the most, “Oxford Comma” and “Campus”, but they closed with “Walcott”, an appropriate end to a set that was markedly too short in a night where everyone’s set was too short.

Phoenix, the buzzy French indie popsters were the highlight for a lot of people. I’m a recent convert to their music and enjoyed their set quite a bit, which clocked out after twenty-five minutes. They opened with “Listzomania” and continued with every song from their acclaimed Wolfgang Amadeus Phoenix album. I’m going to be brief here but the crowd was really taken with every song of their set, especially the closer “1901”, which has been on a lot of End of Year top 10 lists I’ve been seeing this month.

The next morning, I woke up wanting to listen to Vampire Weekend on my iPod but after watching Metric’s set, I wanted to hold my breath until their next Seattle show. Metric was the final band I saw and I was thrilled with their set. Opening up with “Dead Disco”, they brought so much energy to WaMu Theater Tuesday night and it was so exciting to watch. 2009 has been a big year for Metric, who have seen one of their biggest singles, “Help I’m Alive”, take off, even though they self-released their new Fantasies album earlier in the year.

My friend Imaginary Victoria described Dutch rockers Mew as “indie stadium rock” and that was how I would also label Metric (although they sound little like Mew). They use big guitars and synths to compliment Emily Haines’ strong vocals and stunning on-stage presence. And their closer was called “Stadium Love”. While a brief set, nearly every second felt triumphant, with all eyes on Haines, who was the most magnetic rock star I saw all night.

After Metric, I was satisfied and content, so I went home. I didn’t need to see 30 Seconds to Mars or Muse, however great they may or may not have been (and I wasn’t the only rock critic to do so). It was a great time that left everyone wanting more from the bands they saw briefly.

(all photos of Metric by David Lichterman) 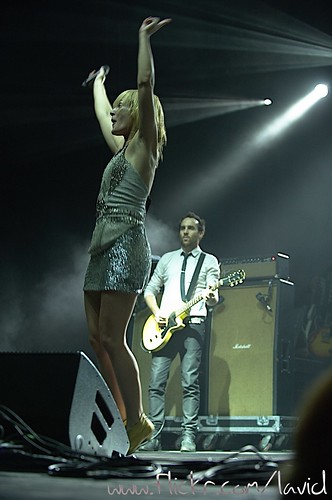 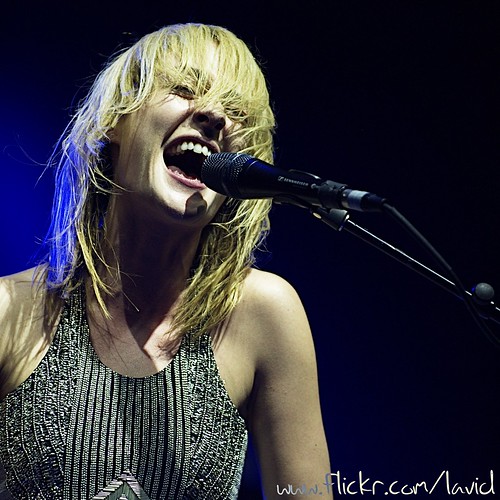 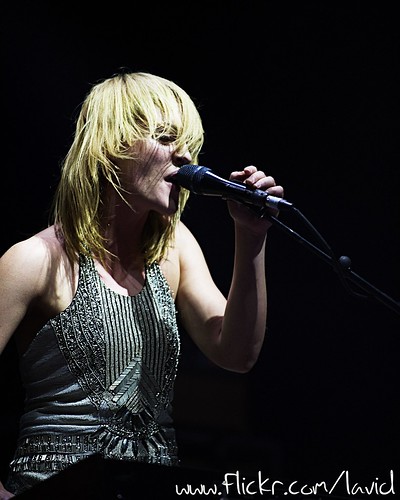 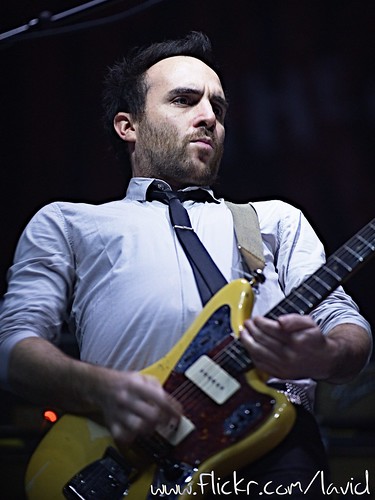 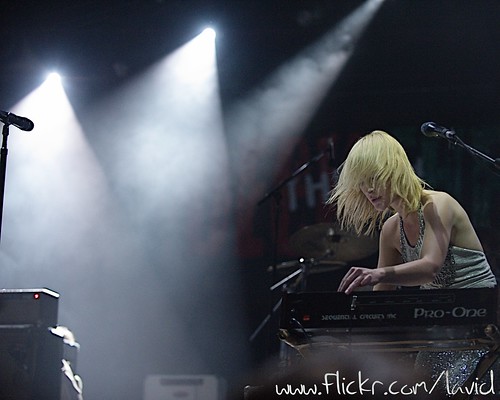