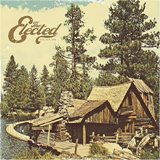 Rilo Kiley seems to be making an industry out of itself. Not only do they play the role of indie rock darling (albeit on Warner Brothers these days), all you lucky Kiley-ites got not one, but two side projects in the last month: Jenny Lewis & the Watson Twins' (who just released Rabbit Fur Coat) and The Elected, featuring Blake Sennett. Maybe Jenny and Blake just need more attention than most of us after their child actor careers. Or maybe they just have a lot of good music stuffed in their much-adored heads.

Sun, Sun, Sun is an appropriate name for The Elected's second disc, as its lush production is packed of energy and emotion. Blake and company have become the flag-bearer for 1960's-influenced power pop that you can trace back to Matthew Sweet's masterpiece, Girlfriend. In fact, Sun, Sun, Sun sounds a lot like the sort of album you wish Matthew Sweet was still making: full of hooks, melody, and sentiment. The tone is set by the heaven-evoking "Clouds Parting (8:14 A.M.)," with its singing of birds and strumming of harps. From that point, its obvious that the cynicism that permeates much of the Rilo Kiley discography is absent from Sun, Sun, Sun.

The more countrified feel of the album is evident in "Would You Come with Me?", a song for anyone who is madly in love, pleading "If I leave right now/would you come with me?" The echoing slide guitar betrays the overall cheeriness of the melody. One of the standout songs on the album is "It Was Love," a bittersweet song that recalls lost loves, set to gentle slide guitar. Blake's vocals are especially strong on the song, drawing you into his recollections like he's by your side whispering, "It was love/it was love/or least the closest I've got." Longing is a recurrent theme on Sun, Sun, Sun. "Old Times" has a country ballad sound where Blake asks "I wish you could you spend the night/it would be like old times" and the trend of these odes continues with the title track "Sun, Sun, Sun," a lo-fi gem of piano, strummed acoustic guitar and Blake's raw vocals.

This is not to say that Sun, Sun, Sun does not, as they say, rock. It surely does. "Not Going Home" might be the most straight-up rock song on the album, with rich vocal harmonies and complex interplay between the guitar and piano. In a change of pace, "Did Me Good" would sound appropriate in a 1950's rock and roll show, with a heavy soul influence, right down to the song title. "I'll Be Your Man" seems to tip its hat to "Mr. Sandman," with plucked guitar/xylophone and its throwaway "Ba ba ba" (Really, it makes sense in my head… I think you know what I mean, my learned audience). However, The Elected really let loose on the seven-minute-plus number "Biggest Star," that again seems to reference classic Fifties pop, rock, and soul. You wonder why more bands don't use a thick horn section anymore, especially towards the end of the song when the guitars, horns, and Blake's vocals come to a crescendo, you begin to realize what full production values are missing from a most of today's indie rock.

Sun, Sun, Sun is not a perfect album; sometimes it indulges in the production excesses that set it apart, maybe a bit to much reverb here or a smidge too many harmonies there. But overall, it's an album that brings the pop back to rock and roll. It's full of catchy songs and vibrant melodies that haven't been seen in this grandeur for quite a while, at least not to the common observer. Just goes to show that you never can tell what a former child star might turn into: crazed maniac, or pop rocker extraordinaire.