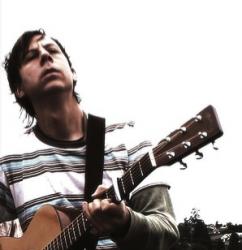 This past July, the same weekend as Capitol Hill Block Party, TIG was incredibly honored to be invited and to attend (and film) an exclusive video shoot with the incomparably kind, awesome, and talented John Vanderslice.

We gathered with about 20 other fans at the north side of the old Fremont bridge in Seattle and awaited the characteristic peels of the bells that toll when the bridge raises for passing ships. At that opportune moment, John launched into song, incorporating the chimes into the tunes themselves. While I had enjoyed his performance at the Block Party, watching him perform in such a public-yet-intimate space, surrounded by a gathering of people who were clearly elated to be there, was an amazing experience.

We asked John where the inspiration came from for such an ususual performance venue. His reply:

"The idea was pitched to me by Josh, one of the owners of my label, Barsuk. We were brainstorming on non-club promo shows to do in Seattle. I had wanted to play the Bainbridge Island ferry, but it got logistically difficult so we bailed. Josh started by saying, "This is absurd, but what if you played to the chiming bells of the Fremont bridge?"

We'd like to share that experience with you now, as John will be playing at Neumo's in just a few days with Bishop Allen (on Wednesday, October 17th), and this is proof that you should utterly be there.

More photos from the day, by Ben Haley 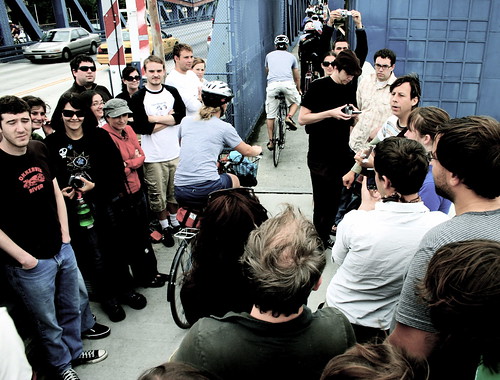 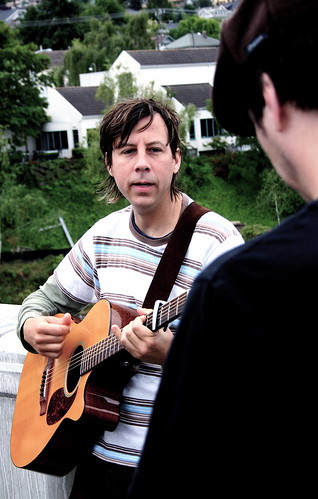 John Vanderslice and pals on the Fremont bridge. 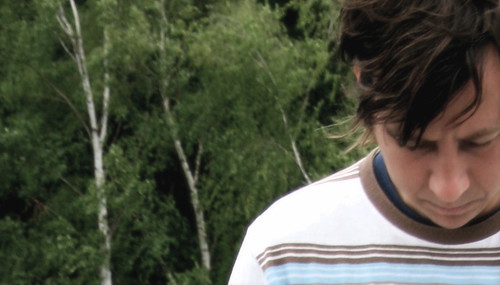 John Vanderslice: as handsome and charming as he is talented!