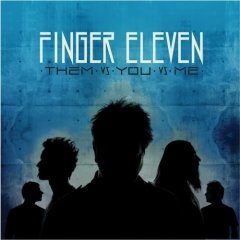 Wow. Just… wow. The month of April always has a way of kicking me in the hind quarter, but listening to this on repeat for several hours while I was writing this… well, April, you have bested me again.

I don’t know if you, gentle reader, frequent the imagi-blog here on TIG (you should, it’s chock full of interesting anecdotes, humorous asides, and various other pop culture detritus that is of-the-moment), but lately in the comments on a few postings there has been a debate raging about “indie” music and how it “sucks” (comments frequently lead by a guy called, oddly enough, “IndieSucks”). I’m not entirely sure what someone who hates “indie” music with such pronounced bile and vitriol is doing hanging around this site. Mr. Sucks is not the kind of fellow who just complains, though; he offers alternatives. Amongst the offerings: The Deftones, Coheed & Cambria, Wolfmother, Tool, Thursday, Muse… you get the idea. While I find these suggestions risible at best, they do seem relatively representative of an audience of some size; again, one I would not have thought to be fans of this site (and I don’t think Señor Sucks is a “fan” so much as he is a reader), but just in case, let me address him and his ilk on the topic of the new Finger Eleven album, Them vs. You vs. Me.

You’ll love it! This album rocks! These guys sure do know how to write a modern rock hit! Seriously!

To the rest of you, oh typical interwebs indie-reader, please, opt out on this one. I don’t think you guys were meant for each other.

Here’s the short of it: pretentious, angst-ridden, MTV2 Mallpunk garbage recommended if you like, well, anything that’s been mass marketed as “rock” or “emo” or “alternative” by a major label in the last five years. Allow me to expand; here’s some of the nit and the grit of it, from the top:

Imagine a Korn/Velvet Revolver supergroup doing songs from the first Franz Ferdinand album. You’d rather not? Yeah, me neither. And thanks to lead song/single “Paralyzer,” you don’t have to imagine it. It exists. You can actually sing the lyrics of “Take Me Out” as the song opens/choruses. Not that you’d want to. The fact that they’re throwing a little funk into their typically nü-metal stew is not that surprising, considering they started out as a funk rock band called Rainbow Butt Monkeys, and, really, I probably don't need to tell you anymore than that to help you decide whether or not you should purchase this gem. Moving on…

You get a good dose of the aforementioned angst on “So-So Suicide” with its metallic leads and lyrics like, “Don’t bother pretending I seem fine/ I like that I’m a mess/ I can’t stand it much longer in my head/ I think it’s time for bullets.” So do I, my friend, so do I. Obligatory ballad “Window Song” follows. It’s about windows and rain and fog and all those things he never said to her. Groundbreaking stuff, I tell you, groundbreaking. “Talking to the Walls” is a treeeeemendous Stone Temple Pilots pastiche, and everything that STP did was essentially a pastiche, so… you know how when you use a copier then copy the copies, then copy the copies of those copies each subsequent copy gets weaker and less understandable (especially on older copiers)? In short, that’s these guys: copies of copies of copies. Made on a very, very old copier.

Truth be told, as I intimated in the beginning, there’s probably a big audience out there for Finger Eleven (I think they call them “lowest common denominator” or possibly “middle-school students”), and it wouldn’t surprise me to see this record go gold or better. But I’m definitely not part of that audience, and I’ll lay dollars to doughnuts that you’re not either. I gather they’ve already got a top 40 hit under their belts ("One Thing" from their third, eponymous album), though I'll be damned if I ever heard it. And in spite of my general left-of-the-dial (notice how I deftly avoided using the word “I” word) music snobbery, I attempt to keep up on the stuff that the kids are grooving to these days, but somehow these guys and their gold record have flown under my radar. I'm glad my radar isn't that good…

You know, I take no pleasure in tearing apart bands I don’t like… eh, who am I kidding?

I don’t need eleven fingers to comment on this record. I only need one. Guess which one it is.