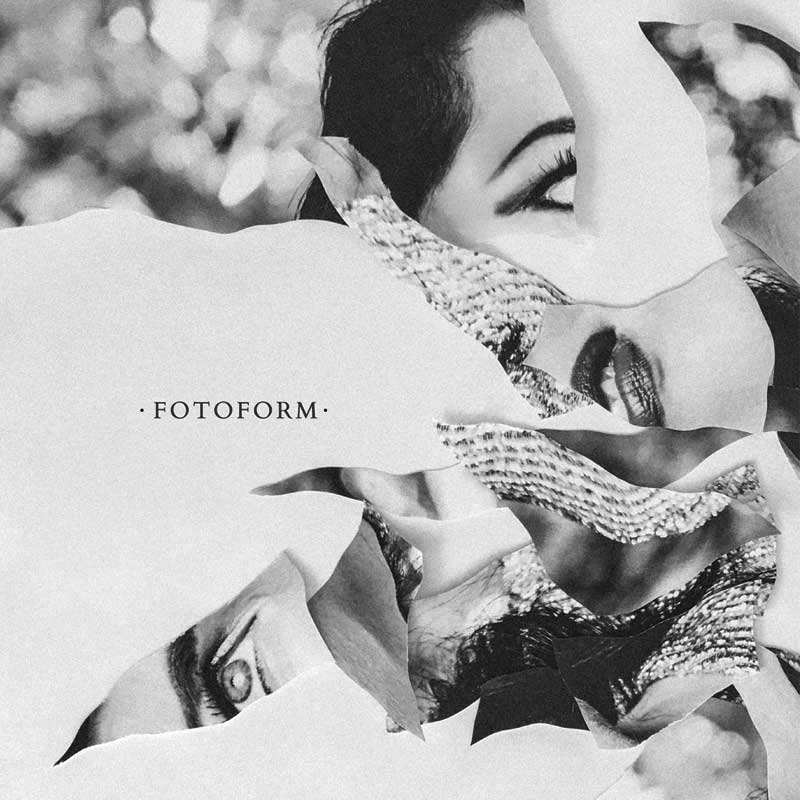 Out of the ashes of C’est la Mort, one of Seattle’s best 1980s underground inspired bands, Fotoform has arrived with a stellar new self-titled album. Fotoform released their eponymous debut LP earlier this year, following several years of line-up changes and appearances on a handful of compilations. The previous version of the group, C’est la Mort, issued the excellent Empty Words Fill Lonely Places disc that we reviewed in 2010. Since then, the band has remained active and has performed consistently. In late 2016, they changed their name to Fotoform and recorded the new album, which is available on both clear vinyl and digitally via the group’s bandcamp page.

Fotoform is a concise and solid eight-track debut album that successfully recreates the darkwave sound of the 1980s while also establishing a contemporary identity. There are elements of early Cocteau Twins and Clan of Xymox, but also ethereal washes that are reminiscent of Slowdive, Pale Saints and Lush. If one could imagine combining early 1980s 4AD with early 1990s 4AD sounds and layering it with some jangling rhythm guitars akin to The Church and REM, this gets pretty close to the magnificent sound that is encapsulated on Fotoform’s debut record. There are also traces of a plethora of iconic post-punk and shoegaze bands interwoven in the effects-laden guitar and bass lines that permeate the album.

The singer and bassist, Kim House, has a soft voice that is slightly reminiscent of Rachel Goswell. She also provides solid rhythmic bass guitar that typically includes a heavy chorus pedal effect similar to early Cure or perhaps Magazine at times. The primary guitarist, Geoffrey Cox, creates an amazing whirlwind of atmospheric guitar bliss that is sometimes gothic, sometimes subtly abrasive and sometimes shimmering. Drummer Garrett Croxon’s playing ties it all together as he skillfully locks in with the bass, allowing the myriad guitar sounds to cascade in layers across the canvas of each song.

There are several highlights from the dissonant “Every Instant” to the shadowy jangling of “The City Breathes” to the cinematic majesty of “In the Sky.” The album is impressively cohesive, standing as one that should be listened to from start to finish.

Fotoform recently returned from a tour in Europe and will be performing in Seattle at Wintergaze on Friday, 22nd December at LoFi. Mark your calendars and celebrate the winter solstice by checking out this fantastic band.