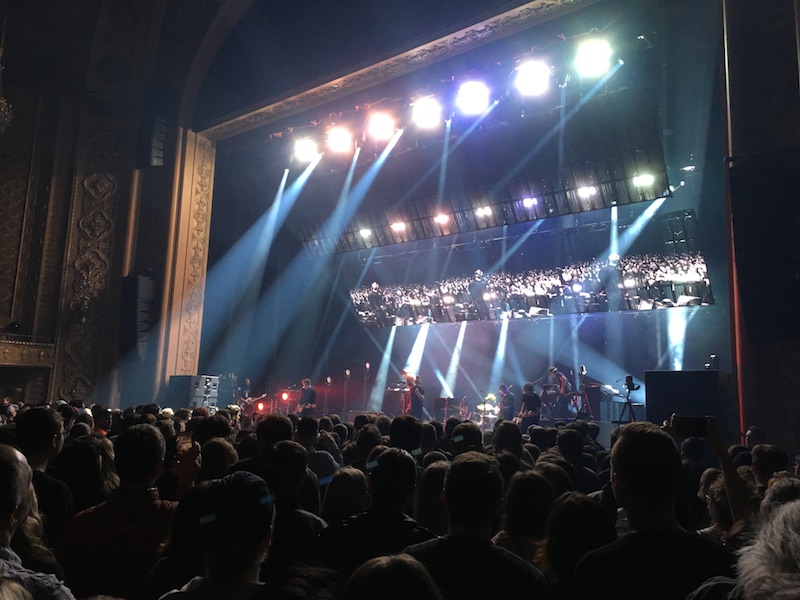 The National at Seattle’s Paramount Theatre

A dozen years ago, when I first caught The National at the Crocodile, Alligator had just come out. Matt Berninger’s drowsy, chesty voice seemed like the draw. Joy Division had been reborn as Interpol. Stuart Staples had gone from head Tinderstick to a solo artist. Everyone was going at least an octave lower, and some were stentorian. The deep voice: It called out. And The National threw a rope back to Alligator last night as they wrapped up their second, rapturously embraced, sold-out show at the Paramount. “I won’t fuck us over / I’m Mr. November,” Berninger wailed. He’d wailed earlier in the show, too, on “The System Only Dreams in Total Darkness,” as he bent and bellowed “I can’t explain it / Any other / Any other way.” But something’s changed with the new National album, Sleep Well Beast.

First off, keyboards flank the album and carve layers under the guitars and drums. Second, drummer Bryan Devendorf has moved into the recess of mix, his snare and tom-toms flattened. I get it: drums get subordinated into a mesh amidst the keys and sonic trickery beneath Berninger’s voice. But live, keyboard rigs also flanked Devendorf’s drum kit, making him slightly invisible physically (unless you were in the balconies or in the first few rows) and muddy sonically. On the surface, this is no problem. After all, punk rock demolished the philosophy behind drum risers, in theory. Metaphorically and sonically, though, Devendorf’s drums are a potent force on earlier National albums (none more so than Alligator). Watching the band, I rued Devendorf’s sometime indistinctness in the mix and his visually half-buried presence. Even so, the Dessner and Devendorf brothers made the swirling racket you’d expect – twisting “Turtleneck” into a knot of intensity, Berninger practically losing his shit the entire song.

Here’s another thing that’s changed in the last dozen years: The National nowadays put on a classic big show, in every way. Their stage spread is super wide, creating a detailed sonic and visual palette even with the drums being muddy. The lights were nutty intense, too, blowing through and across and over and under a latticework of visual screen elements that captured silhouettes and eerie, scratchy, blobby visuals of the band from face-on and from behind – with the audience gauzily there, too. The impact of the lights and screens was super cool, reminiscent of Radiohead taking their show big after OK Computer and Kid A.

Keith Richards has talked about guitarists as “weavers,” cross-cutting and moving around behind other guitars like a tapestry. The National don’t so much weave as they do swirl. That’s the impact of the new album’s electronic elements, and it’s the same musical idea that has made each of their albums singularly fantastic. Yes, I can quibble with the stage set-up or the drums in the mix (again), but the swirl: That’s the raison d’etre of so much of their sound. If you doubt that, try playing the Kronos Quartet’s take on Bryce Dressner’s Aheym, or Dressner’s Music for Wood and Strings from the So Percussion ensemble. They swirl at different speeds and moods, but they make it clear: The world is round and made of sound. 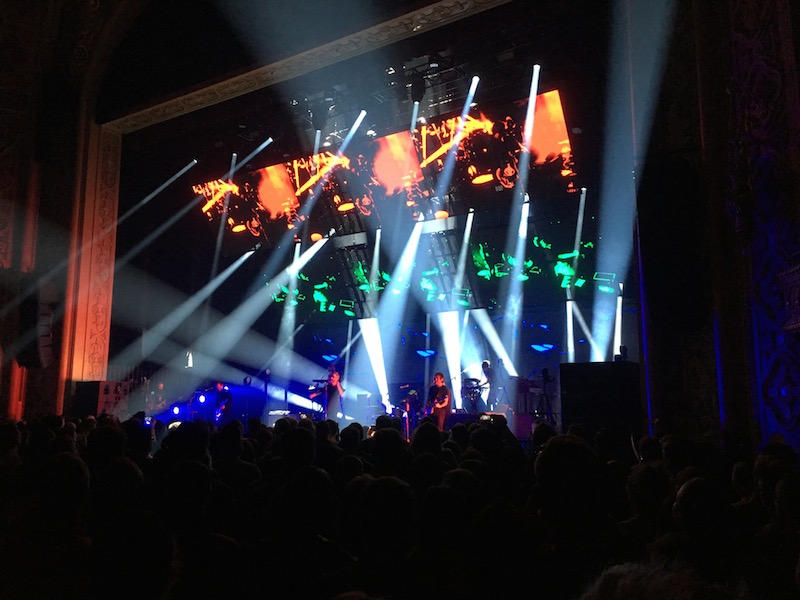