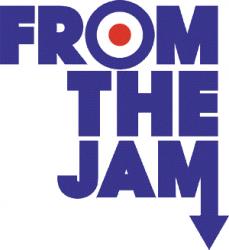 From the Jam at the Moore

“You better write nice things” I was admonished by a very nice forty-something fan of the Jam at the end of the show on Friday night.

I assured her that she had little worry about as I did thoroughly enjoy the show. The show in question was “From the Jam,” which is just that: a band made up of some members of the influential English mod rock band from the late 1970s and early 1980s. They formed to commemorate the Jam’s 30th anniversary. From the Jam is Bruce Foxton (bass, vocals) and Rick Buckler (drums), both original members of the Jam and two new guys: singer/guitarist Russell Hastings and guitarist/keyboardist Dave Moore. Absent is, of course, former frontman Paul Weller. Since Weller has expressed little (or no) interest in a reunited Jam, this is the closest we are likely to get (or at least until a check gets cut with a few more zeros).

For a good 75 minutes, From the Jam delved in the catalogue of hits and pleased the crowd quite a bit. I originally thought that I (at 29) would be on the younger side of the audience, but that turned out to not quite be the case; or at least not entirely, as there were a large handful of people in their early twenties in the audience. My friend Tony, who was my + 1, told me that he had seen the Jam in the same venue (the Moore) the last time they played in Seattle, well over 20 years ago and I heard that same thing from quite a few people in the audience, much older than he is. New lead singer Hastings said at one point during the set (just before playing “When You’re Young”) that he was shocked to see that they were reaching quite a few younger fans as well as older fans. The point that hammered this home to me was seeing two of my favorite local rock stars (both from very different generations), Kurt Bloch of the Fastbacks and Keenan Dowers of Patience Please, rocking out to the band right next to one another for most of the show.

The attendance was respectable, but quite far from a sellout. I was afraid at first that the small crowd would be embarrassing, but that turned out to not be the case. For opening act Hugh Cornwell (former frontman for the Stranglers), the crowd was very modest – and that was being polite. When he started playing at 8pm, there were maybe a couple of dozen people there. The Moore holds a few thousand. Yet more and more people trickled in as his long set for an opener (about 65 minutes) continued.

When the Jam started at 9:30, most of the main floor rushed to the stage and ditched their assigned seats. That couldn’t have pleased the boomers in the front row, but it was better that way. You saw dozens of cell phone cameras out, trying to get a photo or two.

The band was tight and dressed sharp. Arguably the most fashionable band of the post-punk era, it was of little wonder that Weller’s following band was called the Style Council. They opened with “In the City” and continued on with “The Modern World” and got many people singing along. Most of the setlist should have been familiar to even the most casual Jam fans.

Hastings did a quite admirable job following Weller’s well-polished, expensive dress shoes. He sounded enough like him to be more than passable. Buckler and Foxton still remain a dynamic rhythm section and were in time with one another throughout the set. There were no moments that sounded out of sync.

Yet the most rock and roll part of the evening did not directly involve the Jam. During the time the band left the stage for the encore, Bloch jumped on stage to announce into one of the microphones that “Paul Weller is a cunt.” I was not certain what he said exactly as it happened so quickly but Ms. Dowers confirmed to me after the show that that was indeed what was said. Bloch was rewarded with a visit from the security staff and a warning, but was not ejected, thankfully.

Overall, the band breezed through their catalogue and sounded good. I got the feeling that they play a nearly identical setlist every night. That wasn’t the point, though. The point was that people paid to see songs by the Jam played (and played well) by the Jam. Or at least the closest approximation.