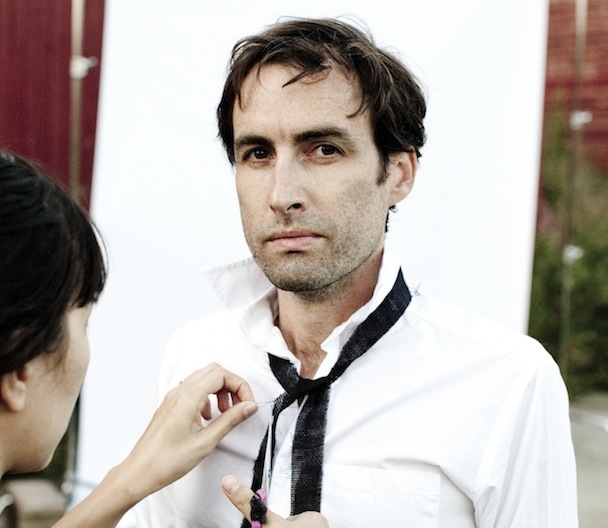 Get your {indie} freak on with the new Andrew Bird track

We're just about a month out from Andrew Bird's next album release {Break It Yourself, due out on March 6th} and twice that from his upcoming show at the Paramount Theater {April 9th} with Laura Marling. Pre-album, the single "Eyeoneye" has made a (legal) foray out into the 'nets, and seeing as it's been on rotation since the minute the mailing list hit our imaginary inbox, we thought it fit to take a moment and hip you to it.

If this track is any indication of what Break It Yourself is going to bring to us on the whole, we're ready to put this as a frontrunner for one of 2012's top five albums without a single look back. There's a wide spectrum of recognizeable influence here while remaining decidedly Andrew Bird, which is to be expected — he's one of those artists that continues to evolve with the world around him and change dramatically without departing too far from his baseline. And that said, there's a whole new freshly familiar vibe to the music: still laden with whistle-overs, graced with more than a hint of Phil Spector wall-of-sound-ery, and sliced through to the skeleton with a half-dozen emergent indie sounds of, well, right-fucking-now-ness.

Like most of what Andrew Bird does, this track is total perfection in the most insanely wonderful of ways. As a longstanding fans that have followed Andrew over the years from empty rooms to packed-out festivals, we think this track is something for his camp to be proud of — and hope that the rest of you think so too. Here's the next round of tour dates, which are all nearly sold out (so get on the ticket wagon while you still can):

And while you're getting ready to pick up tickets, be sure to check out the mega-insane beyond deluxe preorder pack you can get with this album over at AndrewBird.net — it's full to the brim with extras, vinyl, downloads, photos, stationary, and a limited edition poster!! Which will undoubtedly be swankier than this one from a show at the Iron Horse circa 2005 or so: