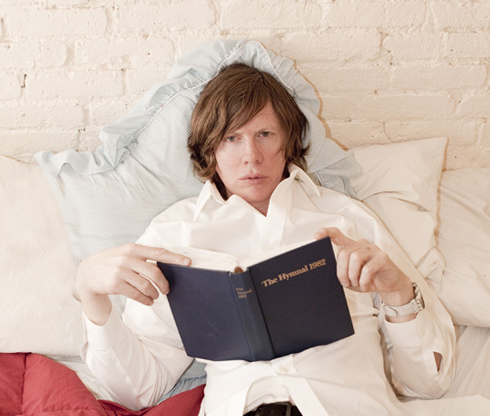 Got any Capitol Hill Block Party line-up guesses / rumors? My money is on Thurston Moore…

I just heard a song from the new Thurston Moore album {set to be released on 5/24 on Matador} and it’s as sweet as a Carpenters cover {listen/download “Benediction” now}.  As Thurston describes the song:

“On day one I played the first song sitting in front of a Beck-wired microphone, its design informed by the cut of Joseph Beuys’ cerebellum. The jam is called “Benediction”, where the camera records the adult girl reading a love letter written on the back blank pages of her hymnal where he knew only she could find it.”

And while I was reading through his self-penned bio {well done, Thurston!}, I noticed his summer tour schedule — and oh boy — it looks like there is a neat little block of time in the Pacific Northwest that could accomodate a stop at the Capitol Hill Block Party?

Have you heard any whisperings or noticed any other Seattle-gaps on other tour schedules around that magic July 23, 2011 date? Do tell!!!