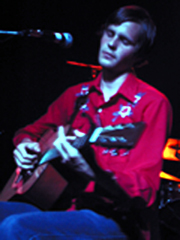 Drew Victor and his Passing Friends