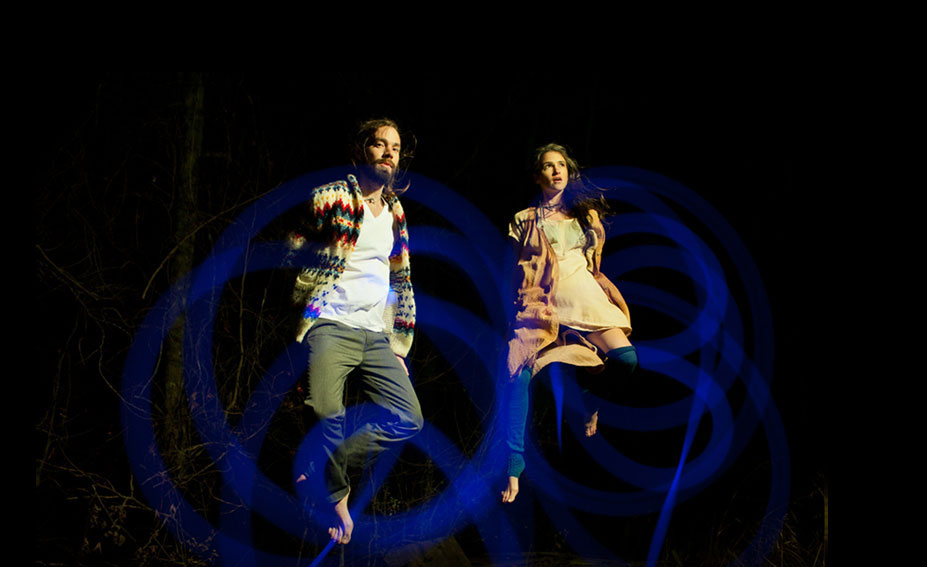 Damn, Seattle. It doesn't seem like a minute goes by when you aren't blowing our minds with a lineup, a song, or some kind of incredible creative expression, and this week is no exception. We're gearing up to head down to Pickathon this weekend, we're still reeling from Block Party, City Arts just dropped a great lineup on us, and our inboxes have been full-to-the-brim with great releases and good vibrations. And it's not showing a sign of stopping anytime soon, PS — from what we can see so far, fall tour is gonna be a doozy this year.

So, here's a few things we've been digging on lately that we wanted to share:

Easily the freshest new summer jam to throw on whatever mix or playlist you're currently in the middle of concocting, "Belly of the Beast" is our go-to track from Western Medicine's brand-spanking-new self-titled release. You'll likely recognize more than one member of the lineup: the four-piece stars Adam MacKinnon {of Ambitious Career Woman, and also current Barsuk Records warehouse manager}, Laurel Hoffman, Rudy Gajadhar {Waxwing, Gatsby's American Dream}, and David Audino {Crimewave}. Together, these folks are cultivating a terriffic sound, in our opinion best showcased on this particular track — and per their bio, "…Gajadhar and Audino lay down a powerful rhythmic foundation, while Hoffman's melodic keys play perfect counterpoint to MacKinnon's low register leads." That takes the words right out of our mouths!

Turn it on, put it on repeat, and then get yourself to the Sunset for their record release show on August 9th. They'll be taking the stage with Hot Panda and Runt, and will likely be the best six dollars you spend all week.

It's not enough that Damien Jurado put out two stand-the-test-of-time records (so far, at least) in a world of flash-in-the-pan buzz bands, but he continues to evolve, collaborate, and make beautiful soundscapes that wow us every time. We couldn't get enough of the risks and bliss on Saint Bartlett, then our minds were blown with the creative turns of Maraqopa — and now we look up and our pal Tyler Kalberg makes an insanely beautiful video for one of Maraqopa's standout tracks, "Museum of Flight". Full of scenes from Jurado + band's most recent whirl through Europe, the visuals and seamlessness of this video are at once soothing and staggering. Did we mentioned it premiered on Spin.com a few weeks ago, ps? Killer. Check here for EU and stateside tour dates, we'll see Damien next time around locally at Bumbershoot.

Not just the band, per se, but this incredible track "House of Diamonds" that we featured on our Pickathon preview playlist. It's really just seventeen hundred different kinds of perfect, and we're having a hard time shutting up about it. Bowerbirds have a new album out, and will be touring behind it post-Pickathon, first for a batch of dates in Europe and then across the US in the fall. If you're digging it, on top of a stop at Pickathon this weekend they'll be at Neumos and the Doug Fir toward the end of October {full list tour dates here}.

Two recent signees to Sub Pop that have been catching our ear are the shreddy, jangly, full-frontal sounds of METZ and the more delicate, almost "Awesome"-lite sounding vibe of Husky. It's not fair to compare and contrast these two bands, since they have little in common save for both being hailed by the mighty folks at SP. But we will make draw the lines that they do both cross: they're both extremely good at what they do, METZ in their calculated-yet-freeform top-volume delivery, and Husky in their meticulous, soothing, gentle-assault, looking out the train window movie-soundtrack sound. Standout tracks: METZ's "Headache", which you can pick up for free over at the band's Sub Pop page, and Husky's "Tidal Wave", which you can stream along with the rest of the album on their Soundcloud here. And if you want to catch them live: METZ tour dates here, Husky tour dates (holy schedule, you guys!) here.

Add these songs to your next significant other (or s.o. hopeful) mixtape, and win them over forever!**

**Winning-over of significant others or s.o. hopefuls not guaranteed.