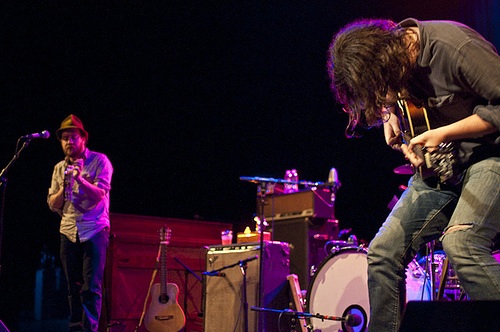 Yup. There sure are a lot of exclamation points up in that headline, and with good cause: we're heading off for Austin City Limits this weekend, to catch some bands and some tan in the near-hundred-degree sun. Between pre-trip laundering, hydrating, charging our camera batteries and getting all that three-ounce-or-less business handled for the flight, we thought we'd take a minute to let you know about some of the acts we're particularly excited about this year — especially since there seems to be a particularly strong PNW presence to be reckoned with every single day of the 'fest. 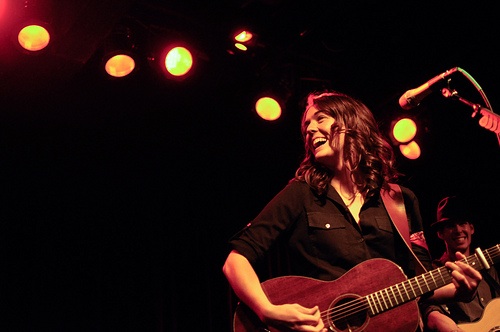 The start of the fest on Friday is kind of like easing in to that hot, soapy, not-too-dirty-yet festival bath. Hometown heroine Brandi Carlile will be getting things going early in the day, and we're hoping her sweet sounds will put us in the right kind of mood to slide over into Ray LaMontagne's late afternoon set — they're both playing at the AMD stage starting around 2p. As the day darkens, we hope to get a little more gritty with the Cave Singers, and while Cold War Kids and Bright Eyes blow their sets out back-to-back {on the Honda and AMD stages respectively, for those of you following along in your custom-made schedules at home}, we might have to weasel our way forward to get a bigger-than-Bumbershoot-sized helping of Charles Bradley as he closes out the Vista Equity stage just before forever-legend Mavis Staples. As to whether we end day one with Kanye West or Coldplay — my vote's on Kanye. But seeing as the fest is all sold out except for a few Sunday passes, we might not be able to make it close enough for a photo report. Fingers crossed!

Pending crowd surges (and weather permitting), we hope to also make time to get a little Delta Spirit, Smith Westerns, Kurt Vile, and Santigold into our schedules too! 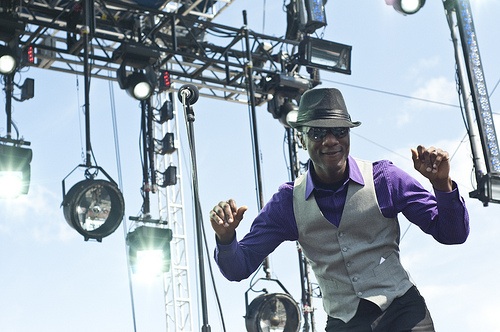 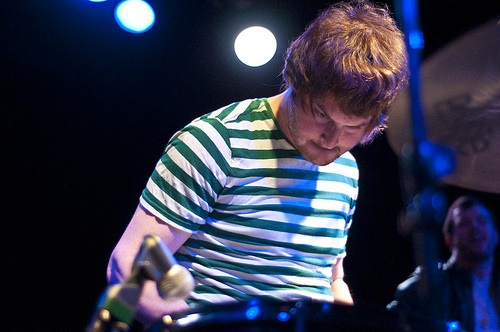 No matter which way you arrange the docket we'll be starting our day with Telekinesis, and then shifting over to catch Aloe Blacc & The Grand Scheme on one of the main {Bud Light} stages — and at that point, it'll be pretty tempting to park our white-girl selves there for the day to have a chance at even a relative glimpse of Stevie Wonder's headlining set at 8p. Mind you, it wouldn't be the end of the world to take the day in with sets from J. Roddy Walston & the Business, Allison Krauss & Union Station, and Cee Lo. However, with glittery gems like Phosphorescent, Iron & Wine, the Moondoggies, Fitz & The Tantrums, Gillian Welch, Wanda Jackson, and My Morning Jacket shining their respective love-lights all over the park — we might just have to venture out to see some of it. This will likely be determined by a coin toss, and you'll just have to wait for the photos sometime next week to find out what happens… 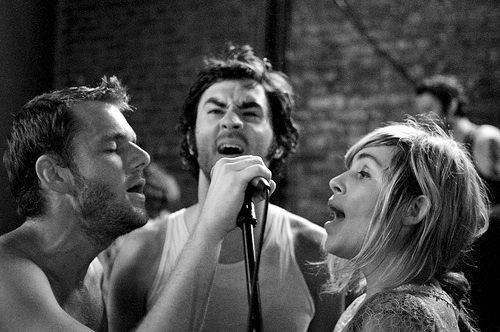 Sunday, Sunday, Sunday. Easy like Sunday morning, for sure! Yellow Ostrich, yes. Dale Earnhardt Jr. Jr., yes yes. The Head and the Heart, yes to the frigging YES. The Walkmen? Yes. Broken Social Scene? YES. But holy hell in a handbasket, ELBOW {!!!!!!!!!}. Which, on some level, is just as mind-melting of a concept for us as being in the presence of Stevie Wonder the night before. That's a stretch, of course — but for us, Elbow : minor league alt.indie.ihavenoface-ness :: Stevie Wonder : major league legendary status-ness.

Sunday's second half of the day must-sees that we'll be running from stage to stage to catch include (but are not limited to) Gomez, We Are Augustines, Fleet Foxes, and Hayes Carll, all of whom combo together to put us into a reflective, insightful, foot-moving, sun-kissed state. And capping the night off will be none other than Arcade Fire, who'll be launching their modern anthems out into the sweltering nighttime.

Here's to keeping track of our luggage, our earplugs and our water bottles! We'll have a full report with photos next week post-fest.