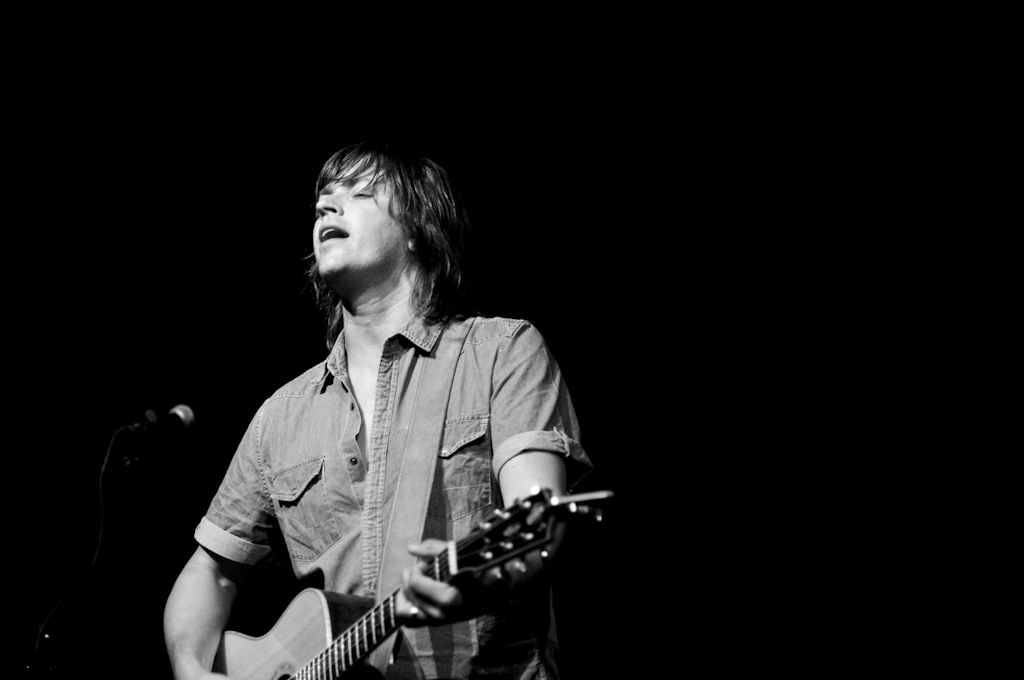 Photoessay: Rhett Miller and Dan Mangan at the Triple Door

We had the pleasure of spending our evening at the Triple Door this past weekend with Rhett Miller and Dan Mangan, both performing sparser-than-sparse stripped-away acoustic sets for our eager ears. Armed with little more than their guitars and the soundsystem — for Rhett, not even the latter, as the sound was cutting in and out during the first two songs of his set — these two young men managed to bring their respective houses down. Dan Mangan's set was fun, earthy, and shockingly reverent at times; the high point coming at the end as he led the whole house in a rousing, repetitive final chorus during "Robots" as he stood on the top level of the front-row tier of booths.

And Rhett's set, on the other hand, was very — well, Rhett. Full-frontal Rhett-O-Sexual-ness poured out of him, as he literally didn't miss a beat belting his first two songs out (without amplification on his instrument or voice) from the edge of the stage. Once the volume came back, he did his sweet-croonin', hip-shakin' performance as only he can, finishing each tune to thunderous applause. Somewhere along the line, someone told Rhett Miller to always leave 'em wanting more — and that's exactly what he did. 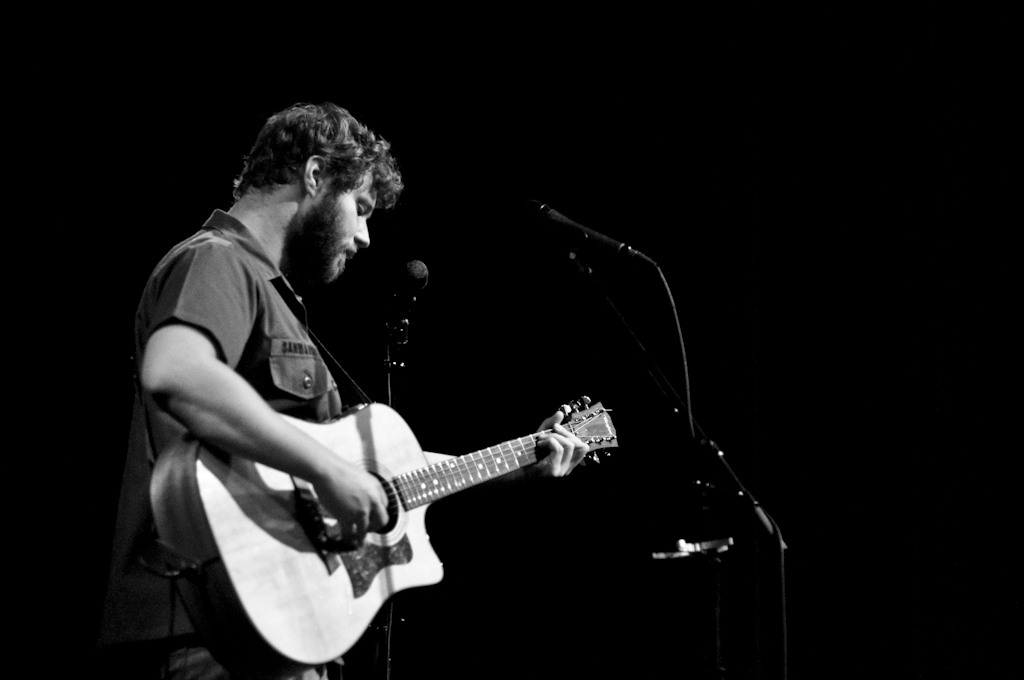 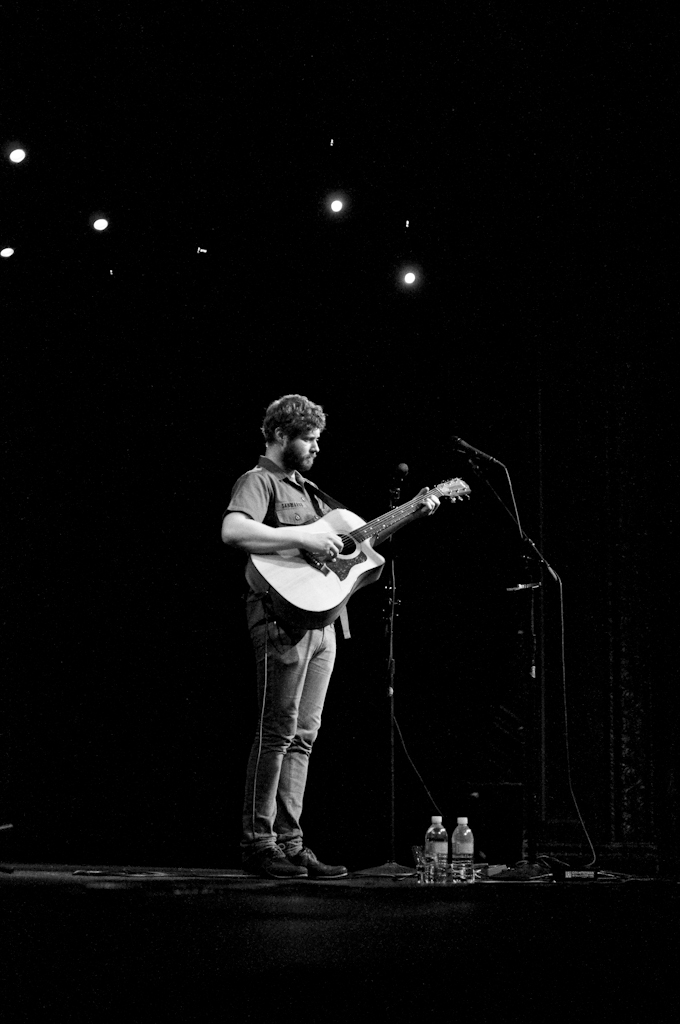 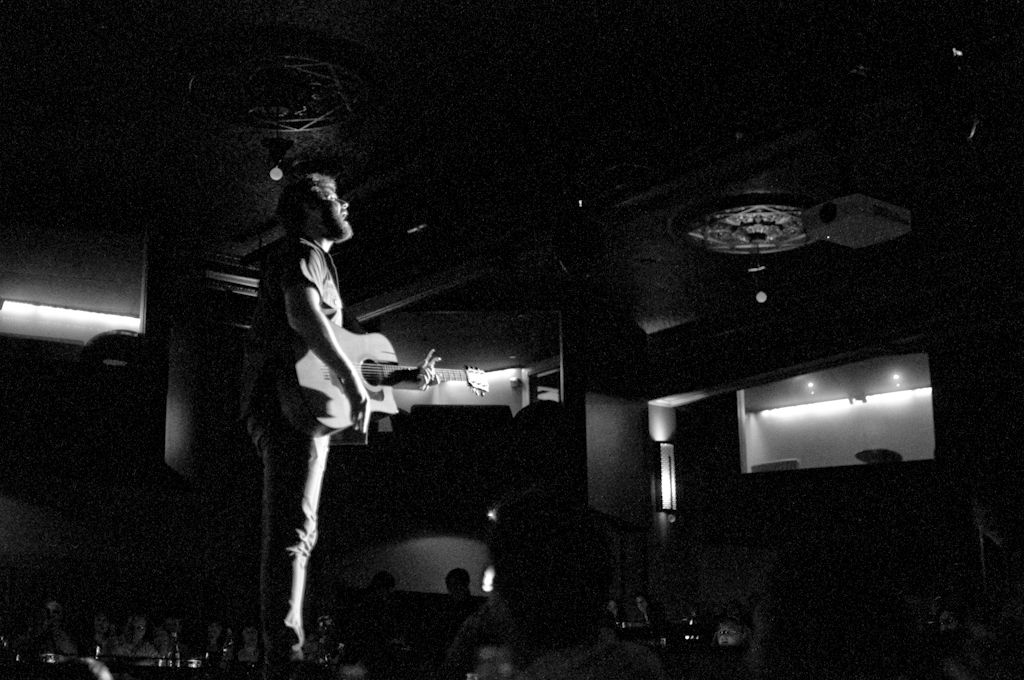 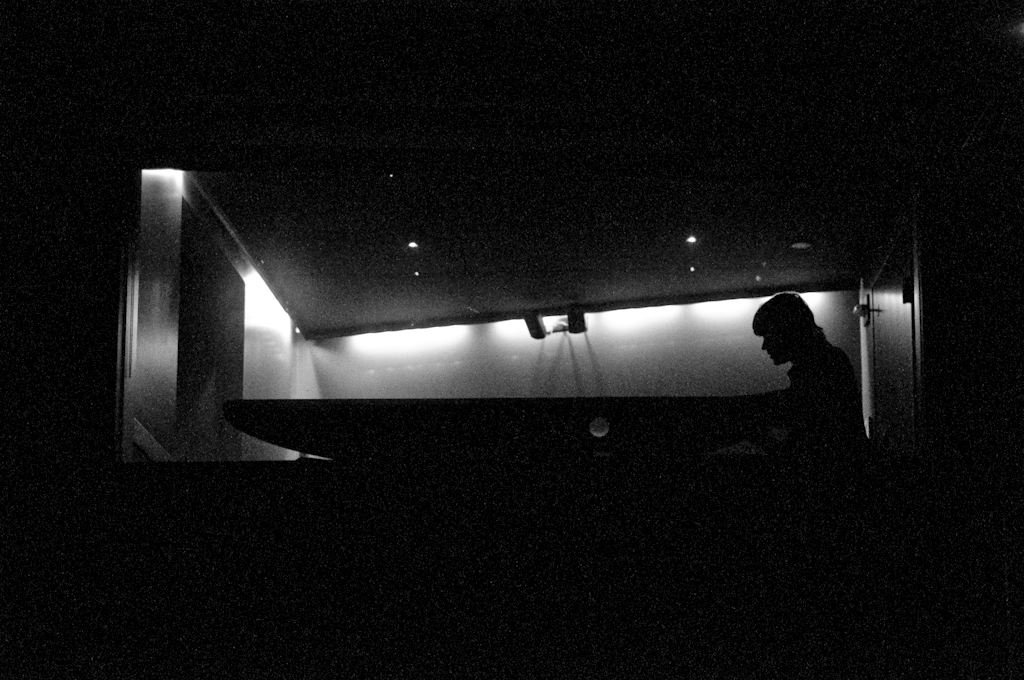 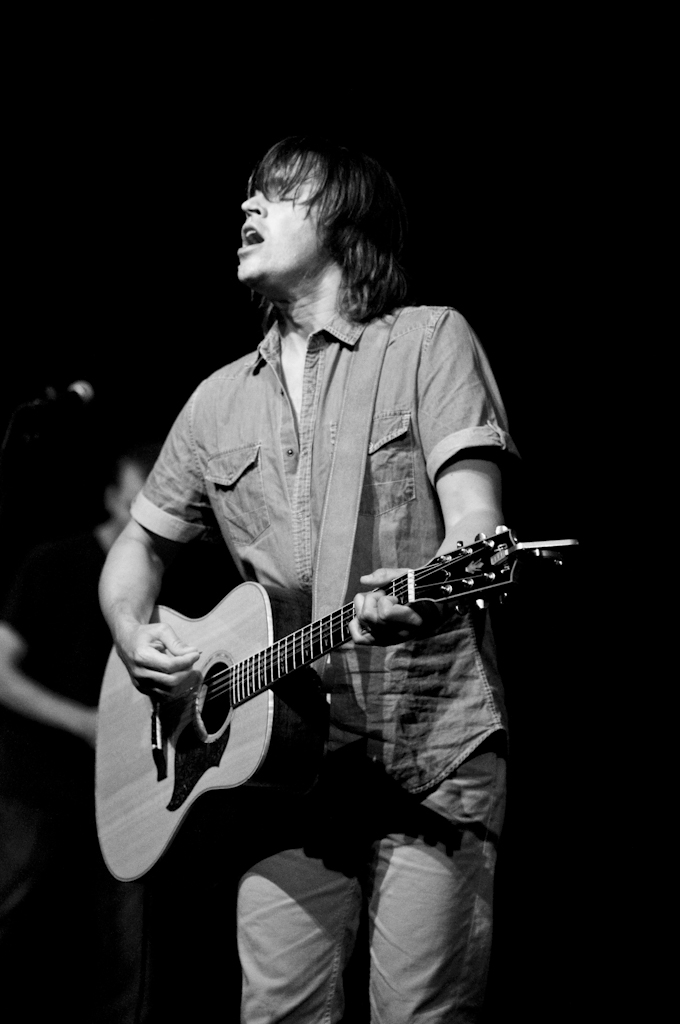 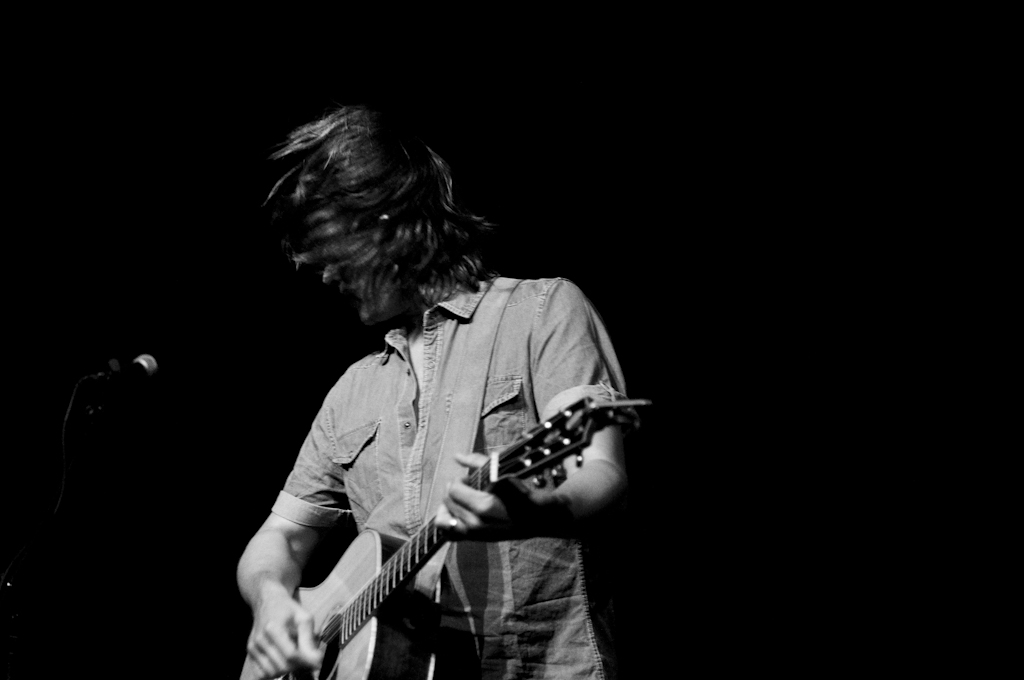 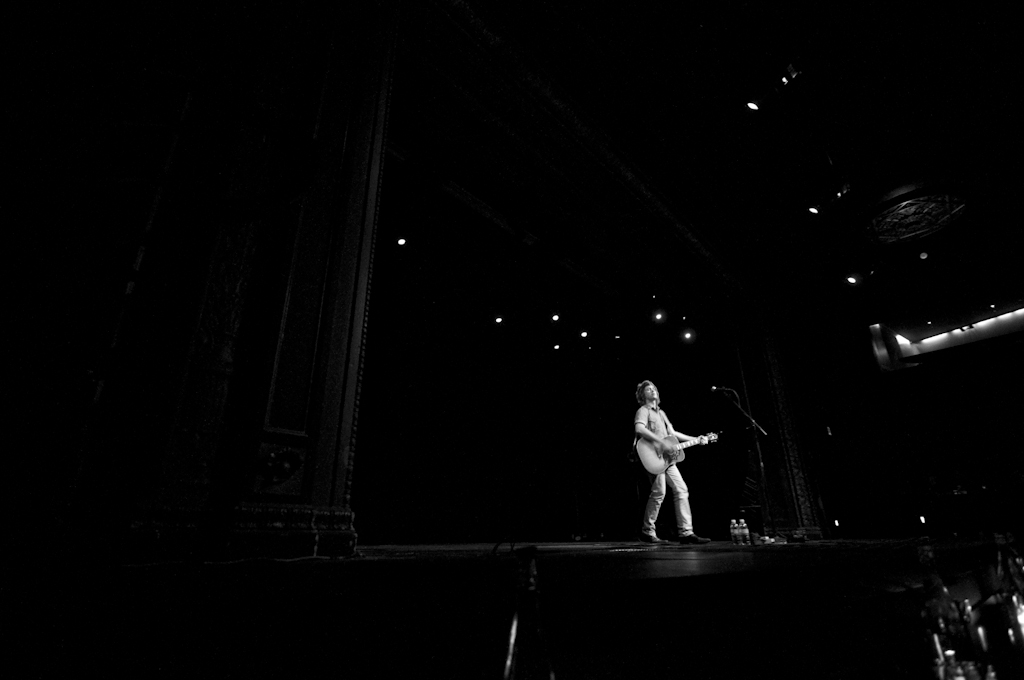 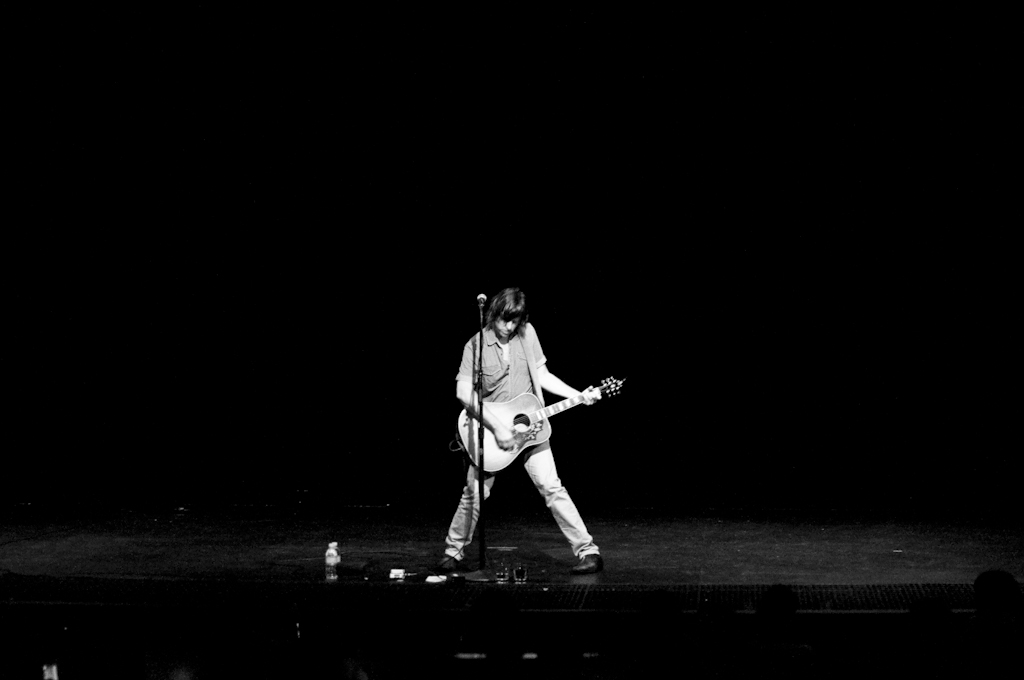 Shocker of the night? Finding out that "Come Around" is a Rhett Miller original. We swore to high heaven while he was crooning from the stage that it had to be an Oasis cover! Who knew?