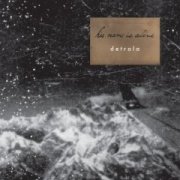 His Name is Alive

I had thoroughly and completely given up on His Name is Alive after Stars on ESP, and distanced myself even further with each successive record. However, after their recent Raindrops Rainbow EP, which redid some of my favorite HNIA tracks such as 'Are We Still Married," I thought perhaps Warn Defever had finally returned to his senses. But like a restless chef that dreams of strange concoctions, Warn is always looking for new ways to combine ingredients that simply don't belong in the same bowl together.

"Your Bones" and "Send My Face" are as close as it comes to the HNIA that I yearn for — the one that always sent a nervous chill up my spine. Whatever possessed Warn to trade in his eerie brand of dissonant beauty for cosmic jazz, funk, and kitsch culture is a drug that I don't ever want to take.

One good decision that Warn did make on Detrola was demoting Lovetta Pippen to a guest-appearance, rather than letting the soul chanteuse have the starring role. Bringing back the moody female vocal styles of Erika Hoffman and Andrea (who does a dead-on impression of Karen Carpenter on "After I Leave You") is a step in the right direction. If they'd just lose the unnecessary saxophone solos and video game synth-pop melodies, they'd be on to something. I've always wanted to think of Warn Defever as a mad genius, but chances are he's just mad.