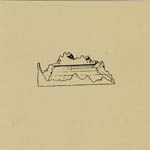 I've never been to Sweden. Heck, I've never been to Europe. These days, though, it seems like Sweden is pulling they most quiet, clandestine music invasion ever. Sure, we've had occasional incursions of our airspace by the likes of ABBA, the Hives, the Cardigans, but nothing that looked like the covert operation occurring today. Who are these agents from the land of the herring and meatballs? I refer to Jens Lekman and José González. Already heroes in the motherland—they had a sold out show in Goteburg in 2003 televised TWICE on Swedish national TV—the dynamic Scandinavian singers set their eyes on the States. Jens struck first with his excellent When I Said I Was Your Dog and last year's Oh You're So Silent Jens. Now, its Mr. González turn.

As opposed to the Burt Bacharach/Magnetic Field inspired song-smithing that Jens has tackled, José González is much more stripped down, with almost all the songs on Veneer solely José and his guitar. What we end up with is a Nick Drake-style gem that is the perfect rainy day/driving at night soundtrack this side of, well, Pink Moon. Its actually hard to imagine two more distinct personalities like González and Lekman sharing the same stage. Most González songs seem so bare and open that you feel like you maybe shouldn't be hearing them if you've never met the man. Its this authenticity that makes Veneer such a captivating album.

The opening song, "Slow Moves" has vocals that are barely above a whisper that crawl above the strummed guitar lines. González sings behind the scenes/they grow their schemes/hiding intentions/revealing only fractions, lyrics similar to his countryman Jens Lekman in their somewhat odd rhyming pattern and rhythm, but and soon they'll knowit sets the tone of the rest of the album. Most tracks are very similar to early Elliott Smith – driven by guitar and layered vocals tracks. "Remain" is more upbeat, if by upbeat you mean that you might not want to swerve your car off the highway as much, but the passionate guitar takes the driver's seat in this track. The song from Veneer that has garnered international airplay (Top 10 in the UK) for González is his cover of "Heartbeats," a song originally done by the Swedish act The Knife. José's version is excellent on its own merits, but when you hear what he did to the original, it makes his take even more haunting: you can practically feel José's heart ripping apart when he croons We were in love during the chorus. It is these heart-wrenching, yet subdued emotions that cause you to get sucked into González's bleak world.

"Crosses" (featured recently on everyone's favorite show to not admit it was their favorite, the OC) has more aggressive guitar work than "Heartbeats" and comes across with more of a Kristin Hersh sound where the guitar is more plaintive than the vocals themselves. In the same way, "All You Deliver" is driven by excellent guitar work that are backed up by González's restrained vocal style. This pattern is turned over on "Hints," a song that sounds like the lovechild of James Taylor and Elliott Smith. Here González lets his vocals rise above a barely audible whisper as he cries out We need hints/before we get tired. The album closes with "Broken Arrows," a song of longing that leaves González lamenting the sun went down/and with it the love we found/that's the way things are sometimes/most of the time before a soft trumpet solo takes the disc into the bleak Swedish night.

Veneer, for all intents and purposes, feels like an album where someone has taken up the chalice loosed by Elliott Smith's death. Tender, quiet and introspective, José González almost makes you feel uncomfortable that you're hearing him so raw and unfiltered. It just shows that in these Scandinavian countries, for every fun-loving singer like Jens Lekman there must be their counterpart that represents the long, dark winters of the north. José González, with his misleadingly tropical name*, is the cold night to Lekman warm summer evening.

(*N.B., I know you're all wondering, "Erik, come on now. What do you take us for? 'José González'? What sort of Swede name is that?" Well, Mr. or Mrs. Stereotypical-Ethnic-Name, José is one of those rare Scandatino types—half Argentine, half Swedish—so get over it. Being half Finnish and half Colombian, I can relate.)