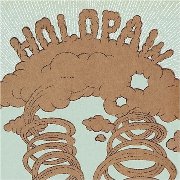 This is an album that sounds like it's about the unpreventable dying of the light, and yet its very reliance is on vicissitude. The songs are so spare in length, so fine in touch, and weaving by with false whimsy — it reminds one of how many Floridians end up in Seattle, exchanging extremes as a psychic inevitability. It is an album about survival through transformation — heartbreak as a blessing at its center.

Vocalist John Orth wrote Ugly Casanova's Sharpen Your Teeth with the ubiquitous Isaac Brock a couple years back, and Holopaw studio wizard and multi-instrumentalist Michael Johnson crafted his own soft rural skronk delight Nonsense Goes Mudslide. The band started as a duo between Orth and guitarist/pedal steel guitarist Jeff Hays, bringing on board and leaving behind various members until bassist Tobi Echevaria, keyboardist Ryan Gensemer, and additional guitarist Tom Reno finalized the recording line-up for Quit +/or Fight. In the meantime, a couple Sub Pop scallywags caught them near home in Gainesville, and the result was a self-titled, rather too restrained 2003 debut.

Johnson eventually gave up on the weather and ennui of Florida, and relocated to Philadelphia, where he collaborated long distance and with occasional visits back to the arid shit-hole. At some point, he had the brilliant idea to haul in Brooklyn producer (and fellow ex-Gainesville expatriate) Mike Pecchio (Brittle Stars) as well, whose eclectic loft-production technique reflected the warmer experimentation of the band was heading in.

Due to this *ahem* synergy, people who watched Holopaw open for the Fruit Bats and Iron & Wine on the Sub Pop "B-League" tour a couple years back may be startled by this follow up to their eponymous full-length. Like Lambchop or New Buffalo, Holopaw has found the perfect sound to float their storytelling on — indescribably strong in its delicacy, it rails against the idea that desires are predetermined.

Inside each song are the inquiries of a man whose passion to awaken despite the fakery around and inside him must prevail. Each song opens in hope — listen to how "Curious" blooms into life and then startles with, "Follow your footsteps through the fake snow . follow your progress through the chilly house . forgetting where the wilderness was lost in you." He may be left with his restraint, but he is aware now that he has felt the cruelest cut of all, and more than willing to create his own sense of beauty out of it. "3-Shy-Clubs" is a "Windmills Of Your Mind" for the generation that has a long way to drive and has discovered it really does have too much to think about. "Oh, what a forest you will find amongst the trees," the tempo kicks up, "So release the songbird you held beneath your teeth."

A bit more assertion on some of the songs may have made it more delectable. It never quite breaks out of its gently luminiscent shell — the dynamic tension is extremely subtle, and whilst the flowery words disguise bitter threats, there are none of those juxtapositions that create over-the-top compelling sparkle-rock. (Challenge me though — do you prefer the Shins' first or second album?) But this is the all-night bus ride you will want to take through the desert; it is the kind of wandering that develops sea legs the extending of the voyage. Congratulations to Sub Pop on the freshest sounding ticket of this season.