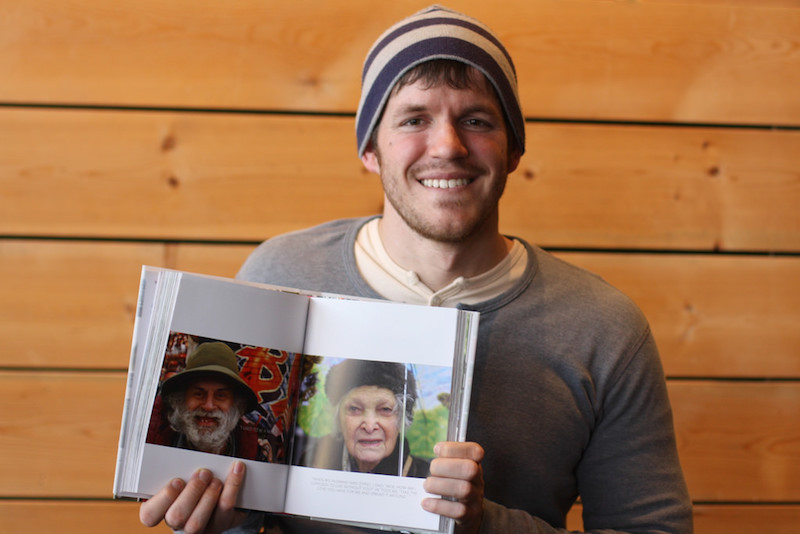 Humans of New York on the road and in Seattle

If you’ve never experienced the photo-based journal Humans of New York (HONY for short), it’s about time you acquainted yourself with it. The brainchild of Brandon Stanton, it’s a look not only at the humans who inhabit the crazy melting pot of New York City, it’s a look at the humanity of our world one snapshot at a time. He captures the emotion, silliness, insanity, passion, sadness, or inspiration that each story holds in that single frozen frame; but allows us in, a little deeper, by accompanying those frames with the stories that his subjects tell as he photographs them. It’s uniquely relatable to everyone who reads it, and yet uniquely New York at the same time. Many people have tried to recreate the project in other cities (there is definitely someone whom has tried it here in Seattle) but it just doesn’t work… at least not the way HONY does.

When I recently discovered that Stanton was heading out on the road to do a series of talks throughout the US, I nearly jumped with excitement that Seattle was one of those towns. He’s actually been here before to talk with the enigmatic Seattle “celebrity photographer” Chase Jarvis on his show in 2014. As I expected, while watching the interview unfold, Brandon is sort of gawky, very kind, and charming in a way that pulls you in. He earns your trust very quickly by being himself but also by showing interest in who you really are. It’s like that friend you have just met, but looks you straight in the eye and listens to you, shows you that what you have to say is worth all of their attention. That’s a rare quality indeed.

More recently the HONY project has set its sites on loftier goals. Stanton has traveled to over twenty countries (many in the Middle East and Africa) to bring stories of people just like you and me helping us understand not our differences, but our similarities. We all struggle, we all have joy and pain, we all want to live our lives as best we can and learn, love, succeed. It was an uplifting journey to watch in a time where we are all having trouble feeling uplifted. After all his travels, Brandon has come back home to create something new. He’s begun to create a series of videos. After following the HONY blog, feed, whatever you wanted to call it for years, I didn’t think that video could do his stories justice (being a photographer myself, I may have been a little biased). However, after only having watched two episodes so far, I’ve cried exactly 3 times, laughed about 5 and watched in awe through it all. While Stanton is not the cinematographer, I’m sure he had a hand in much of the content and bring these stories, and their tellers, to life.

Most likely this series of talks, including his visit to Seattle, will simply be Brandon up on stage talking about the experience of being HONY. Meeting people daily that may change his life, shed a tear, or just make him smile. I can’t imagine the stress, both good and bad, of becoming the world’s biographer, because that is what he has become and he’s damn good at it. You should join me this Sunday October 22nd to hear what the world’s biographer has to say about his own biography. I can’t wait to hear it.