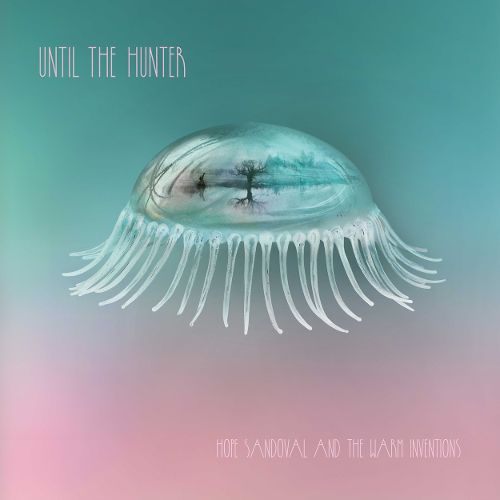 Until the Hunter by Hope Sandoval and the Warm Inventions

About a year ago, Hope Sandoval and the Warm Inventions quietly released their third album, Until the Hunter, another stunningly gorgeous record that somehow fell largely unnoticed. It is a mystery how such a beautiful release could have ended up between the cracks as it ranks just as highly as Sandoval’s other two solo recordings. Without a doubt, all three of her LPs with the Warm Inventions (featuring Colm O’Siosoig from My Bloody Valentine) are just as timeless and memorable as the albums penned by her other group, the much more widely known and beloved, Mazzy Star. In typical low-key form, Hope Sandoval is just about to embark on tour to support Until the Hunter, nearly a year after its initial release, and will be performing at The Neptune Theatre in Seattle on the 11th of October.

Until the Hunter opens with “Into the Trees,” a hypnotic nine-minute melancholy opus that mainly features organ, drums and vibraphone. In the song, Sandoval ends up softly pleading the words, “I miss you” over the lovely droning musical landscape. The atmosphere falls somewhere between Among my Swan’s (1996) “Look on Down from the Bridge” and “Lose Me on the Way,” from Bavarian Fruit Bread (2001). “The Peasant” is a gentle acoustic psychedelic folk song that recalls the warm sound of music recorded in the late 1960s. Hope’s voice sounds so beautifully morose yet at the same time it is intimately sensual. Similarly, “A Wonderful Seed” is an acoustic folk song, but only includes sparse nylon string guitar and Sandoval’s lead and haunting backing vocals.

“The Salt of the Sea” is fully electric, with guitar, bass, glockenspiel and drums. Although electric, it is not remotely a rock song. The track is slow and somber, more in the vein of Neil Young or perhaps a track from the excellent Through the Devil Softly (2009). “Isn’t It True” was released as a 7” single on Record Store Day in 2016. It is one of the more upbeat songs on the album, which makes it the perfect choice for a single, however, upbeat for Sandoval is still fairly downbeat at the end of the day. Until the Hunter closes with “Liquid Lady,” a classic psychedelic rock song that acts as a fabulous conclusion to the already impressive and mesmerizing album.

Possibly in anticipation of the tour, Hope Sandoval and the Warm Inventions have just released a four track 10” EP entitled Son of a Lady. The new record also features a digital download card. The EP includes three new songs and a demo version of “Let Me Get There,” which is a duet performed with Kurt Vile on Until the Hunter.

Three Imaginary Girls has a pair of tickets that we are giving away to see Hope Sandoval and the Warm Inventions at The Neptune Theatre on the 11th of October. To enter, email [email protected] with the subject line “Until the Hunter” by noon on the 7th of October, 2017. We will choose a winner and email them that weekend.