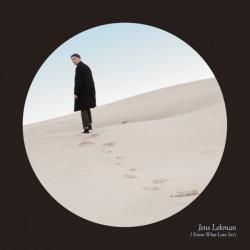 I Know What Love Isn't

I never really *got* Swedish singer-songwriter Jens Lekman till now, I don't think. Which is kind of bizarre, considering I've bought several of his many EPs and previous albums, and have seen him live. Also, there's the way that he's compared to the league of rogue cosmopolitan pop composers that I richly enjoy, such as Scott Walker and David Byrne, as well as "naive" tunesmiths like Jonathan Richman, both classes of which take up most of my apartment space with their CDs and LPs.

But it's his third full-length, I Know What Love Isn't, that I am finally sitting up to take notice of. It's a break-up album, recorded in Australia, and it is as tawdry as it is luscious. Oh, it opens with a little piano ambiance — "Every Little Hair Knows Your Name," instrumental — and closes with a very intimate, sobering acoustic torcher — "Every Little Hair Knows Your Name," again, but vocalized. Lamenting the romantic memory left in the body, it is a great way to get to know and get over all the details you almost don't want to know in the thirty-five-or-so minutes of this album's existence.

In between the themes are eight could-be singles using sympathetic piano, cruelly mocking horns, and heart-slapping strings over liver-tugging basslines, sweeping the range from uptempo 80s lush anthems to cascading dusk-mares to pseudo-topical jeremiads. Those specific descriptions are for "Erica America," "She Just Don't Want To Be With You Anymore," and "The End Of The World Is Bigger Than Love," all of which 1.) Get me thinking this might encourage Stephin Merritt and Morrissey to give up ironic-rock novelty songs and construct the big sky showtunes we all know they have in them; 2.) Inspire the ghost of Sinatra to tell Lekman to take it easy on himself, no relationship is worth this much spine-rattling, teeth-gnashing suffering; and 3.) Confirm Lekman knows that as well, as "Bigger Than Love" is as bold a statement of social responsibility and convicting self-awareness as Bowie's too-soulful "Young Americans."

From the obvious autobio of "The World Moves On" (set in the misty madness of post-affair Melbourne) to the raging realizations of "I Know What Love Isn't," this is big topical pop band bodaciousness at its most private and fist-pumping. It's Stephen M. if he could relax and talk about actually engaging another in genuine romance; it's Stephin M. if he could kick the cliches aside and be a little real. I could use a little less flamenco guitar, and maybe a couple more less ambitious interludes (for a guy who can commandeer a love orchestra, his unplugged takes are just as keen). But I know I love this album, and after many joyful listenings I know I Know What Love Isn't very, very well.