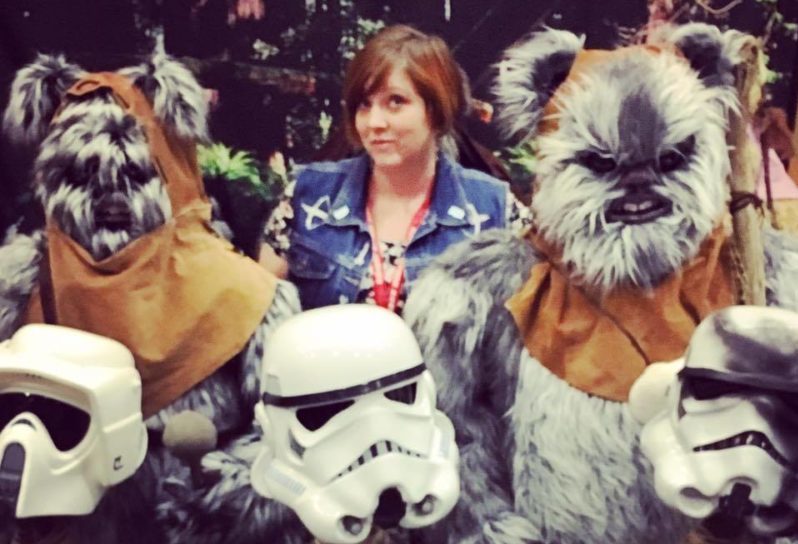 For the first time in many years, I’m gonna head to Emerald City Comicon {March 1-4 at the Washington State Convention Center} unchained to a booth! Photographer extraordinaire and new imaginary team member, Morgen Schuler, will be joining me to snap some pics, and I’m super stoked to check out the con unfettered by any responsibilities except enjoying myself.

Since we’ve got less than a week until almost 100,000 people descend upon our city for this event, I thought I’d whip — if “whip” means spend several days, then sure! — up a guide of recommended things to do and see while you’re inside The ECCC Matrix:

THE BACKSTORY
It’s still SUPER WEIRD for me to see how ridiculously gigantic Emerald City Comicon is now, compared to its beginnings. When I worked at a comic store in the mid-90s, Seattle’s only comicon was a small operation in the Seattle Exhibition Hall, filled with booths of comics and graphic novels, bootleg VHS, and my favorite finds: movie poster and toy collectors, selling off their doubles. Instead of a giant hall of film and television stars, special guests were limited to comic creators, artists, and writers (ask me sometime about how I turned 50 shades of red while talking to Witchblade artist Michael Turner).

That’s not to say that the mega spectacle ECCC is now is not as good; it’s just very, very, very, very different. Change is necessary, and change can be awesome. For example, women and girls attending a comic convention are no longer a rarity (even if we still have a ways to go until we feel completely accepted — look, this is a whole other rabbit hole I could go down but I will spare you my feminist killjoy rage … for now). I also gotta add that I’m friendly with some of the folks that started, and still help run, ECCC, and I have massive friendo pride for them and what they’ve all worked so hard to build and grow (HI GUYS, ♥ YOU). 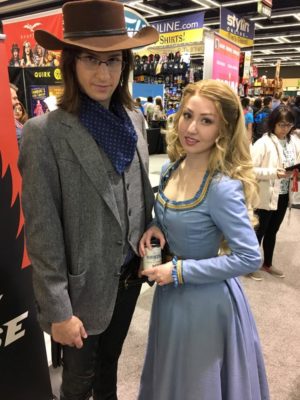 THE COSPLAY
I’m consistently BLOWN AWAY by the skill and creativity of the cosplay community. And when I say “community,” I mean it. These beautiful people take care of each other. I’m a total amateur cosplayer, but any time I’ve done it I’ve been completely and totally accepted by cosplayers who have been doing it forever and it gives me all the good feels.

Here is my absolute must-do recommendation: at some point during your time there, find a spot to the Sky Bridge to park yourself in for about 15 minutes and just people watch. You will see so many cosplayers! You will see cosplayers that replicate movie and television costumes down to the last tiny detail; you will see joyful kids dressed as their favorite superheroes; you will see (my fave) cosplay mashups: like The Joker + The Big Lewbowski, and Hello Kitty Darth Vader — and they will be all super rad, and they will all make you very happy. There’s also an insane cosplay competition called the ECCC Western Championships of Cosplay, which happens on Saturday. If you can get into the room, DO IT. If not, they’ll be livestreaming it so you can watch elsewhere. This year the con is also dedicating all of TCC Floor 2 to cosplay, with special guests, workshops, and panels.

Here’s the most important thing to know about cosplay: COSPLAY IS NOT CONSENT. Do not take pictures of a cosplayer without asking them first, don’t say anything creepy, and forgodsakes do not ever, ever, EVER touch a cosplayer. Just. don’t.

THE COMICS
Although the focus always seems to be on the celeb guests and cosplay, I assure you, ECCC still has the goods. And by goods, I mean: TEH COMIX. There are tons of exhibitors selling books, and you HAVE to swing by Artist’s Alley to check out, and meet, the amazing artists located there. Hot tip: lots of them will do on-site commissions! For comics I usually hit up the big guys at some point (Dark Horse & Image), but I try to seek out smaller publishers too.

I like to wander up and down the aisles and look at literally everything, but here are some artists I’m definitely planning to visit: 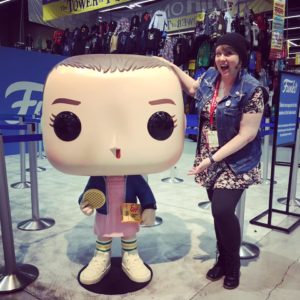 THE STUFF
The exhibitor floor also contains hundreds of non-comic vendors, including the ever-popular Funko, where, if you scored a spot in the coveted lottery (I did! WHEEE), you can stand in line to buy ECCC exclusive POPs. If you don’t know what POPS are, consider yourself lucky, because the damn things are irresistibly cute and will drain your entire life’s savings.

But you probably don’t need me to tell you about Funko! So here are some other vendors that I think are super rad:

Got littles? There’s a whole section of the con dedicated to Families, called Family HQ — but I heartily recommend checking it out even if you’re child-free. Particularly if you’re a Star Wars fan! The 501st Legion, Rebel Legion, and Saber Guild work together to create the most badass photo-ops ever (see top photo of me hangin’ with Ewoks), and all you gotta do is drop a monetary donation to support Seattle Children’s Hospital in order to get ‘em.

Also, HOLYLEGOBATMAN. There are always incredible brick sculptures everywhere (more phot-ops!), and tables full of bricks for building.  AND make sure you check out the ECCC Homegrown list, which includes all the local PNW local artists, crafters, and small business owners. (Good job, ECCC!) And gamers: there is a whole floor dedicated to games of all kinds, which is also super fun to visit.

THE PANELS
Panels are THE MOSTEST, and I love them. If you can’t get into one, I guarantee you there’s an equally interesting panel happening at the same time in another room that you will be able to get into! Here are my top picks for the panels happening this year:

When Women Rule the World

THE CELEBS
Look, I’m as much of a fangirl as anyone about film and television stars, so I could try to lie and be like, “nah, I’m cool” about everyone coming to the con this year but that would be fake news.

The people coming to ECCC this year that I’m most excited about are: Christopher Lloyd, Felicia Day, Shannon Purser, Wil Wheaton, Sean Maher, and Summer Glau.

That said, whether or not I want to wait in line to get an autograph at ECCC is something that has to happen for me in the moment, but I’m with you in solidarity if you’re one of those people who just wants to spend all day waiting in lines to meet your faves. Also, I will say this: if you’re thinking about doing a photo-op, do it! It’s super fun, and there’s (usually) an opportunity to get pretty creative with them.

Here are the ones I would choose:

See also: these panels and interviews:

Back to the Future

Let’s Talk Firefly with the Tams

OMGGGG YOU GUYS ECCCC IS HAPPENING!!!
I’d say, “see you there!” but uh, that may be impossible given the crowds. 😉 But! You can follow my ECCC adventures @3imaginarygirls on Twitter & Instagram throughout the weekend!