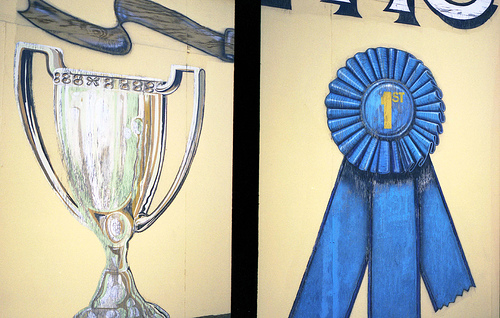 I hope I’m not getting too granular with my listage, but given the empowering nature of  turning the page on the decade, I can’t help myself–I wanted to make sure that that certain song gems didn’t go unrewarded for their brilliance.

Thusly, I compiled the below list of songs released in the last decade that are total A+++, but who’s album didn’t make it on my favs of the decade list… either because the song is from an EP or single; the album is good, but not as solid as the 75 albums that made my list; a bunch of other albums by the band/artists appeared on the list; or I just was bad with tabulating and this should have been on the list based on the strength of said song alone.

Please enjoy the below a recap of the top 10 songs from the last decade that amaze me beyond belief (and didn’t make my favorite albums of the decade list). What splashes of song brilliance rocked your 2000-2009? I bet between all of us we could make the most amazing quad-mix cd ever!

It’s impossible for me to not jump up and down (my preferred dance move) throughout this entire song.

Listening to this song again and again reminds me of one of my favorite shows of the decade (and perhaps will inspire a list recounting them) — seeing a sea of Scottish flags wave as Idlewild launched into this song at T in the Park in 2002.

The Free French – “Do You Come Here Often?” from the album Running on Batteries

My love of this song lead me to find the lead singer of the Free French and now one of my favorite tweeters, Rhodri. Perhaps I should take it up with him on twitter regarding the sad state that no video can be found!!! Here’s a mono MP3 of the song for you to hear what I’m going on about.

Seriously RAD. These two girls are examples of all that is good in the world. Even though I have had nothing to do with their upbringing, I still beam with pride at the mention of Smoosh. Perhaps because it restores all my faith in the future.

This song and single/EP was so good, I think it really made it hard for the band to release a full-length album after all the hype and critical acclaim garnered from “Raised by Wolves.” In hindsight I think *we all* were a little hard on their 2007 self-titled album. Although it was no “Raised by Wolves,” the chorus “Firecracker / Firecracker” is pretty stellar.

There’s not an official video for this. I guess I should only fall in love with songs for which there are mega-super-fans who will create endless videos for it using garden tools and barbies (see also: White Stripes, Bright Eyes).

I was *this close* to putting the Bright Eyes song I Will Be Grateful for This Day, I Will Be Grateful for Each Day To Come“ which is from a SubPop 7″ of the same name. Turning on the record player to hear that song first thing in the morning was the primary reason I got out of bed for the entirety of the year 2001. You think I’m kidding? (see also: my Bright Eyes 101 article)

This song won out because I think that it is just as incredible, and it is less likely to throw one of you into a fit of depression or obsession. My advice? Listen to both of them and report back to me.

Two Gallants – “Nothing to You” from What the Toll Tells

This song is a universal. Regardless of where it is played, a hush falls on any crowd, followed by scary and deep introspection.

Hello Seahorse! – “Wont Say Anything” from the album Hoy A Las Ocho

When I’m feeling down, I put on this song and the world is ok. It also makes me want to go get my hair cut like the lead singer of Hello Seahorse!.

Are you tired of this song yet? Me neither!!! It always brings on the party… complete with magical appearance of a man in a captains hat.