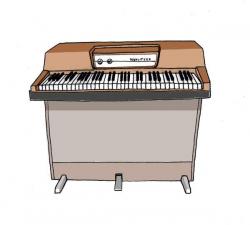 The Decemberists, with Earlimart

There's something innately comforting about a band that doesn't feel the need to break new ground, but instead relishes the sublime pleasures in the exploration of familiar paths. They make music that just feels right; songs that, although you've never heard them, become immediately familiar, creating a sort of instantaneous nostalgia.

Upon first seeing and hearing California's Earlimart, I was immediately reminded of a carissa's wierd that has sought help, taken meds, and gone on to lead a normal, healthy life.

Although descriptions abound, they play what is best described as rock music. Of course, if you're going to play rock music, you have to brave the waters of those before you — the scales just aren't that big. And although I love the way that Earlimart makes music, the highlight of the show was their nod to the Pixies in the form of a cover of "distance equals rate times time" (which was prefaced by singer Aaron Espinoza's comment that, "We've been ripping off the Pixies for years, so we may as well just get it out in the open"), and it helped me realize the reason every indie rock band rips off the Pixies is not because of how different they were, but because of how same they were. Leave that groundbreaking stuff to jazz — I'll take my two chords and the truth, please.

But familiarity does not always arise from imitation, as was evidenced by the evening's headliners, Portland's The Decemberists. Singer Colin Meloy's lyrics hearken back to a past not quite defined, somewhere between the 17th and 19th Centuries.

And the music carries that same quality, as if they were playing songs from the Lost Archives of the true beginning of rock & roll. Channeling the storytelling of folk through the rhythm of the sea shanty and regularly incorporating instruments like the upright bass or the accordian, the Decemberists immediately fill the listener's head with images of history that seem as real as if they were happening today, and by adding a rock & roll sensibility (see Two Chords… Truth above); the anachronisms nestle comfortably into the 20th Century. And even though the themes of the songs eventually start to feel almost one-dimensional, the exquisite songwriting and impeccable musicianship of the band ensure that you maintain a jig throughout. It's music that just makes you feel good; good enough to stay out until two on a weeknight and not regret it in the morning.