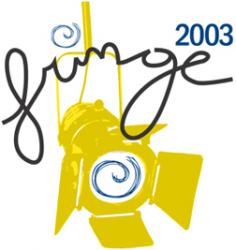 Did you know the first fringe theatre festival happened in Edinburgh, Scotland, in the late 1940s? Theatre companies who hadn't been asked to participate in the chi-chi Edinburgh International Festival said a big "fook yuh!" to the establishment and strutted their talents at venues far from the big public halls. Their unconventional and stimulating work was all about inclusivity and expressive freedom; the event was met with instant notoriety, and a long-lasting theatre movement was spawned.

I love me some Fringe. And our very own festival is upon us — for eleven glorious days (September 17th to October 1st) we'll be treated to more than 500 performances by 100 participating local, national, and international companies. There'll be multiple shows daily in each of 10 venues on Capitol Hill, plus multiple Bring Your Own Venues (BYOVs) within a 2-mile radius of Broadway and Pine.

You want a dance performance about the exorcism of Romanian ghosts? No problem! Maybe a tumult-ridden blues musical from Bartlesville, Oklahoma? Get your ass to the Union Garage! How 'bout a sweat-drenched smackdown comedy about closeted homo pro-wrestlers? Fringe 2003 has it, and much much more — from mimes to medleys, clowns to cabaret, there's something here for every theatrical proclivity.

Check out the website, buy yourself some tickets, and get your Fringe on. I'll post reviews as the festival progresses.

And the Cowgirl Jumped Over the Moon. If you didn't see Fringe favorite Maria Glanz in 2002's The Church of Pie, you missed a truly decadent treat. She returns this year in a self-penned one-woman Western romance. I cannot wait.

The Book of Liz. Sister Elizabeth resides in a religious community called The Squeamish, has a knack for making cheeseballs, and tends to sweat a lot. The life story of a certain Imaginary Girl? But no! Produced by local Audience Favorite winners ReAct, from a script by David and Amy Sedaris.

Cat Fight! The true story of the divine feud between Bette Davis & Joan Crawford. New York performer Lacey Langston's one-woman comedy promises to show us the truth behind those old-school divas' scandalous scuffle over Whatever Happened to Baby Jane?, the one and only film they made together.

David's Balls. How can you resist a play with that title? This is another one-woman show (so no balls on display, I'm guessing), this time about three gals looking for a lothario named David during a fateful festivity.

Deli! The Musical. Again, do you need a description? Did you read the title? Deli. Musical. Embracey is there.

4F: A New Rock Musical. It's 1969 and a bunch of draftees attempt to get classified 4F (unfit for military duty). Young studs in '69 (hehe) doing whatever they can to stay outta 'Nam in a rock musical about the U.S. Selective Service. Sounds hot.

Fringe the Puyallup! Representatives of theatre troupe engine 51 will recruit audience members to meet them at Dick's Drive-In 9/18-9/20 and head out to the Puyallup Fair; their stories will be turned into original plays performed later in the festival.

How to be Cool. Multimedia extravaganza about music, monkeys, and the true meaning of "cool". New work from Ursa Major, the brilliant minds behind Carlotta's Late Night Wing Ding.

Jack and the Beanstalk. Puppetry, audience interaction, and live music by the Fremont Philharmonic highlight this fractured fairytale.

A Man, a Magic, a Music. A one-man lesson in Black Music History, and a phenomenal hit at fringe fests from Edinburgh to Edmonton.

Mommie Abula's Miraculous Traveling Carnival of Wonders. Once again, I'd see this based on the title alone. Well, that and the Chicago Reader's rave about it being a "haunting parable of beauties and beasts that pique[s] our imaginations."

The Nazi Nearest You. A woman's Nazi past comes back 50 years later to bite her in the ass. And her gay homosexual nephew doesn't like it one bit.

Nharcolepsy. Performers Richard Harrington and Chris Kauffman are being heralded as the Next Big Thing In Comedy. This twisted tale (about a Belgian cabaret singer and his protégé searching the North Pole for the mythical Yeti) promises to be a great intro for the hip and uninitiated.

A Tale of a TIGER. Big hit at last year's Edinburgh Festival (The Scotsman deemed it "Electrifying!"), about a soldier who turns spiritual guru after being rescued by a tigress. (And why the word "TIGER" is capitalized in the title, I just don't know.)

Throw Me a Bone. Children's theatre from the United Kingdom. Dance, puppetry, and music help tell the story of a small dog's imaginary adventure.