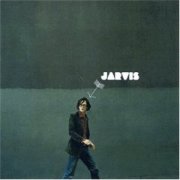 Sometimes album artwork gives away more than the artist intends. Taking a look at the cover of Jarvis Cocker's solo debut Jarvis, we see our hero walking against a blank backdrop and a little arrow pointing to Mr. Cocker with the label "Jarvis," you know, just in case we had no idea who he is. Jarvis might have a bit of an inferiority complex after shedding Pulp, his backup band of the last 15 years, but rest assured, this debut runs circles around some of the other great British bands singers' debuts (see Richard Ashcroft of the Verve, Ian Brown of the Stones Roses) and Jarvis' other post-Pulp project (Relaxed Muscle). Jarvis might not be a classic in its own right, but it shows that Cocker is still one of the champions of Brit Rock, with a band or not.

Even if you don't know Pulp that well, when the album starts, it's obvious the provenance of our singer. The songs still tell stories of society and love, Jarvis still warns us on the CD not to, among other things, read the lyrics whilst listening to the album (he also notes to not listen to Jarvis while exercising… oh, Jarvis, so many rules, you truly are a Brit). You also might recognize a couple of the songs from the recent Nancy Sinatra album Nancy Sinatra, where Jarvis wrote two songs: "Don't Let Him Waste Your Time" (slightly changed) and "Baby's Coming Back to Me." Both of these songs are very easily converted into the Jarvis-style (not surprisingly) and "Don't Let Him Waste Your Time" comes across as some of the most straightforward rock songs on the album. "Baby's Coming Back to Me" is a little quirkier with some, well, massive xylophone action. Jarvis lets a bit more of the 70's theatrical singer mood rise up on "Black Magic," a song that exists somewhere in the nether-region between David Bowie and Burt Bacharach with a rousing bell solo. If only Jarvis let the song really get loose we'd have a show-stopper here. These sorts of classic male pop star songs set Jarvis apart from the bulk of the Pulp oeuvre, with "I Will Kill Again" the apex of this shift. It is almost a tender ballad, with Jarvis and a piano (except of course, Jarvis is singing about looking at internet pornography — Bernie and Elton it's not).

More in the vein of Pulp's "TV Movie" is "Heavy Weather," which starts very stripped down and morphs into a full-blown power ballad detailing Jarvis past love and how she might have been trouble: "Stormy weather always makes me think of you." Another Pulp-heavy song is "From A to I," a lovely song that starts in the ever-so-Cockeresque line "They want our way of life/well they can take mine any time they like/cause God knows I ain't living right." Jarvis never could pass up the opportunity to remind us how messed up society can be, but he always does it in such delightful fashion.

If you ever need confirmation of Jarvis' wonderfully snarky, British sense of humor, you can look no further than "Fat Children," a condemnation, apparently, of overweight children where Jarvis tells us that, indeed, "Fat children took my life." "Fat Children" is a all-out rock number that details Jarvis being killed by the aforementioned fat kids and then haunting the streets of London warning people of the problem of portly youth — all in all, it ends up being one of the most satisfying songs on the album.

It's somewhat refreshing the odd, earnest way Jarvis sings about life and the odd juxtaposition of his social commentary and the horribly catchy music he composes around it. A prime example might be "Tonight," where the almost goofy male background singers and the echoing guitars shouldn't work with Jarvis singing, "Tonight's the night I guess/so let's go take some drugs and have some sex." It ends up being a song that might have the clearest view into truly Jarvis-solo songwriting. The album closes (well, officially) on "Quantum Theory," the gentlest, quietest song on "Jarvis" where even after all his moaning and warning, Jarvis reminds us that "Somewhere everyone is happy/somewhere fish do not have bones," (although this might be balanced by the gem "God is dead/but I lived on"), but of course all the goodness happens in a parallel universe, so as long as you make it there "Everything is gonna be alright." And no, "Quantum Theory" is not 30+ minutes long. Hidden at the very end (29:36 in) is the Jarvis' gem "The Cunts are Still Running the World," a truly class-warrior anthem set to a Casiotone beat. Easily applied to both sides of the Atlantic, it's quite a treat lurking at the end of the album.

Jarvis is the sort of solo album that not only works to make all of us Pulp fans happy even after the band's demise, but also brings new fans into the Cocker fold. The album showcases Cocker's tremendous songwriting skills in a world outside of Pulp, and as much as I loved the band, it's remarkable how much Jarvis can do outside the confines of the band. The second half of the album, especially, shows a cohesion of sound and vision that almost guarantees that, if he wants it, Jarvis will have a long, healthy solo career.

Next time, hopefully, Jarvis won't feel the need to remind us who he is.