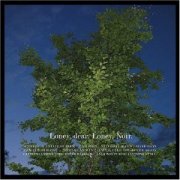 Sub Pop's latest release comes in the form of an offering from Sweden's Emil Svanängen, one of those "I've never been in a relationship but damnit if I'm not lovesick" guys who writes and records prolifically while seated on the edge of a rumpled bed in his small apartment. His last three records saw distribution out of that same apartment, folded into envelopes by Svanängen himself. Sub Pop A&R discovered him at SXSW, where bedroom pop stars flock each year as if to Mecca.

Recording under the moniker Loney, Dear as opposed to his given name — pronunciation is key to marketability, after all — Svanängen's Sub Pop debut, Loney, Noir, announces his monikered self as a more Northern, and therefore more mystical, Sufjan Stevens. (Come to think of it, maybe pronunciation isn't that important. Right, Soof-yan?) Where Sufjan and company focus on narrative storytelling, Loney, Noir deals with a more confessional approach to the emotions accompanying the ends and beginnings of relationships: all that standard fodder for orchestral singer-songwriter composing.

From even farther north than the upper peninsula, Svanängen's Scandanavian accent and layered vocals give Loney, Noir a magical, Aurora Borealis-ish effect. With layers and layers of soothing texture crescendo-ing atop one another, Loney, Dear's soft melodies get echoed and inverted by oboes, flutes, piano, strings, electronics, saxophone, etc to create one giant cacophony that conjures dancing on a cloud or the soundtrack to a film about Tinkerbell's favorite flowers.

That being said, the music does not relegate itself to cutesy dream-pop. Rather, this fits firmly in the "elegant" adjectival category.

"I Am John," the first single, starts with the quiet announcement "Johnny and I got lost tonight, we got carried away," and from there the orchestral army slowly joins in around Svanängen's rhythmic vocals, carrying him, quite literally, away into a falsetto-ridden glockenspial-driven arena rock ending.

Catchy and fetching, Svanängen's Loney, Dear is sure to be a huge hit when this record hits shelves on February 6. Closing my eyes now and pressing play for "Saturday Waits," I see Emil Svanängen seated on the edge of his bed Sweden. There's an acoustic guitar on his lap, and he's beginning to play and sing quietly: "You sit in your room, looking over the sea, you've got friends over here…" — and as he does, a giant multi-colored rose blossoms forth from the sound hole. It's like a pedaled firework from which horns blast, glockenspiels hammer, and a choir of other Svanängens emerges; then we all float away in white angelic robes, the apartment disappearing around us until it is just us following the singer, sailing through a pink and blue sky on a dense carpet of melodic joyfulness.

The image could apply to every song on Loney, Noir. Each track pours out of the speakers like a warm blanket wrapping around shivering shoulders.

Elaborate metaphors aside, let me only say: Thank you, Sweden. Between Loney, Dear and my bookshelves, you've given me so much goodness.