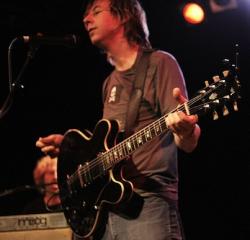 Not long ago, I met writer Sarah Vowell. She was in town as one of the hostesses of a big 826 Seattle benefit show for Bumbershoot weekend, and after the show, was available to sign autographs and the like. Since I'd long referred to her as my imaginary BFF, I was a bit nervous to meet her… nervous, I thought, to commence our inevitable long and abiding friendship. In retrospect, my nerves should have been directed toward another likely beginning — the start of my knowledge that Sarah Vowell is NOT nice. Once I met her, I realized Sarah and I would never be friends, because she is a mean, mean person. Thus ended my imaginary friendship with Sarah and I subsequently sold my copies of "Take the Cannoli" and "The Partly Cloudy Patriot" at a yard sale this summer. Take that, Sarah!

A lesson re-learned: imaginary friends — those who we know through song or prose only — frequently don't live up to expectations.

Which brings me to Barsuk recording artist John Vanderslice. When TIG was asked to film some video footage of Vanderslice this summer, we happily accepted. The video shoot came out awesome. But even more amazing was discovering the opposite of what I've now dubbed The Vowell Effect: meeting John Vanderslice in person made me a way way WAY bigger fan that I'd ever been before, because he is the coolest, kindest, and most friendly fella you could ever hope to know.

And while everyone in the audience at the Neumo's show perhaps hadn't met John personally (there were several hundred people gathered, after all), the overall mood of the crowd had the same sense of friendship and good intent that I got from meeting him — like we were all cheering for our (incredibly talented) pal John, and he, in turn, gave a dazzling performance, one I daresay was elevated by the incredible response the audience gave him.

John and the other three members of his band were all incredible musicians, most playing several instruments, sometimes simultaneously (more on that in a mo'). Of particular note was the glorious violin playing and pitch-perfect vocal harmonies provided by Daniel Hart, which, ahem, brought light into every living song onstage. Indeed, the songs I've been enjoying so much from Vanderslice's new record Emerald City grew spacious and glorious when performed live by this four-piece, and through what was a great sounding sound system at Neumo's.

Also of note: drummer Dave Douglas keeping the backbone rhythm with one hand, while playing a keyboard with the other. Whoa. Keyboardist Ian Bjornstad was no slouch either, adding rich layers of sound with his double stacks of keys.

And of course, John himself was incredible, playing guitar and singing his heart out for everyone. He and the band ended the night with an unplugged, sing-along lovefest from the center of Neumo's. Or so I've heard; I sadly left before the show was over {I know, I know, lame, but you try standing on the concrete floor of Neumo's while you're seven months pregnant and let me know how long you last…}. According to my imaginary sources, the moment was incredibly swoony — and really, how could it not be?? 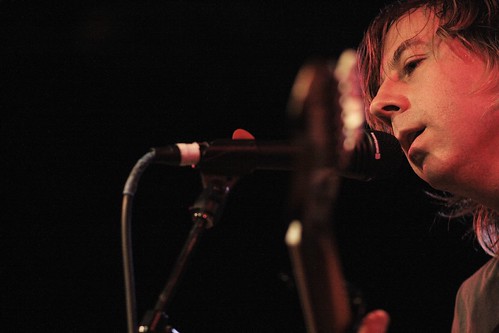 Every now and then, isn't it great to admire an artist and have him not just meet, but exceed, all your expectations?

More show photos from Laura Musselman, whose photos keep getting better and better! This batch is particularly great. 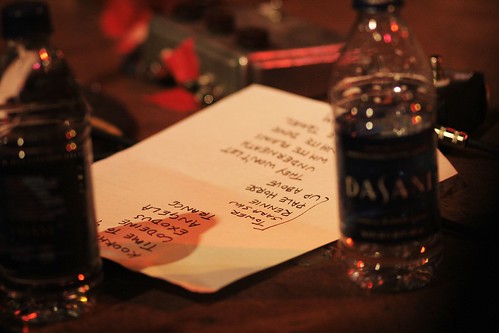