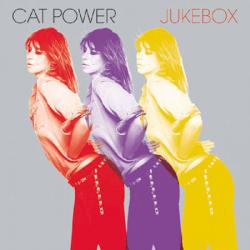 When Cat Power covered the Rolling Stones’ “(I Can’t Get No) Satisfaction” in 2000, it was, and remains, my favorite reinterpretation of any song. The only thing remaining from the original version of the classic is most of the lyrics. Instead, the song was slowed down, Mick Jagger’s swagger was absent (and so is the rhythm section) and Keith Richards’ guitar parts were unplugged and replaced with Chan Marshall’s seductive voice over the strumming of an acoustic guitar. The Stones’ song is dripping with raw, sexual energy but the cover, released some 35 years later, is sensual. She removed the sex and made it sexy. It doesn’t improve on the original – it can’t: “Satisfaction” is one of the signature songs by arguably the greatest rock band of all time and still holds up well today. What it does do, though, is render the comparisons moot.

That song was recorded for 2000’s The Covers Record, and eight years later, Cat Power is back with a second volume, The Covers Record Part Deux, officially released as Jukebox. Of her last four albums, two are covers records. There are some big differences between the two (Jukebox, for example, enlisted a blues band – Dirty Delta Blues – to provide the instrumentation) and there are some obvious similarities. Both albums feature covers of Bob Dylan songs (more on that in a bit) and both have Marshall retooling her own songs (on Jukebox it is “Metal Heart” from 1998’s Moon Pix record). Her voice is instantly identifiable; it sounds like her throat was coated with the finest single-malt scotch. It is strong and commanding yet vulnerable at the exact same time.

Reviewing this album has left me conflicted. Let’s get the good out of the way first. There is no other singer on the planet I enjoy listening to sing than Chan Marshall. Plus, Marshall believes that being faithful to a song that is not hers is no virtue. There really aren’t any songs here that sound like they did when they were recorded originally, and that is a very good thing. This is not a bad karaoke album, as others have tried to make, to much less success.

The one new original song on this album is called “Song to Bobby,” as in Dylan. It’s a great unrequited love song to an icon. She sings of meeting Dylan, and hopes that he’s as taken with her as she is with him; she rhetorically asks, “Oh my god, can you tell me who you are singing to?” in hopes that it’s her. She adds, “A phone call from your New York City office, you were supposedly asking to see me; oh how I wanted to tell you I was just 400 miles away … backstage pass in my hand, giving you my heart was my plan.” It fades out with her asking, “Can I finally tell you to be my man?” It is obvious that she is a Dylan obsessive. On The Covers Record she recorded two of his songs; she contributed a song to the soundtrack of I’m Not There (an unconventional biopic of Dylan); and she recorded a version of “I Believe in You” for Jukebox. Not only is “Song to Bobby” a song for and about Dylan, it is sung with the same inflection in her voice that Dylan has in his.

The record is nice. I can’t emphasize that enough. It’s just that I don’t get the point of it. The two previous Cat Power records (You Are Free and The Greatest) are, I believe, the finest in the deep catalogue, culminating with the Shortlist-winning The Greatest, released almost two years to the date before Jukebox (January 24, 2006 for The Greatest and January 22, 2008 for Jukebox – the days after and before my birthday, respectively, which may be one other subconscious reason I love Marshall as much as I do). So a record of all covers (or almost all covers) hardly does anything to move her forward as a musician. The only insight we can really gain from this album is from one new song and the selection of eleven other songs (ten written by other people).

This may not be a fair complaint, but I’ll make it anyway: There is not a “Satisfaction” song on Jukebox. The reworking of Joni Mitchell’s “Blue” comes closest, with just Marshall’s slow, deliberate and smoky harmonies over a piano and a little electronic programming towards the end. I definitely prefer the Cat Power version of this song to Mitchell’s, but only the tempo is significantly changed. There is no song here that most would think covering it is an act of blasphemy that is sung perfectly.

I liked this record quite a bit. It is beautifully composed and even more beautifully sung. I do recommend it. There is a 5-song bonus disc included with a special edition of Jukebox, so even though I had gotten a review copy, I will be buying a copy of it for that. All I’m saying is that there have been better Cat Power records in the past and there will be better ones in the future.