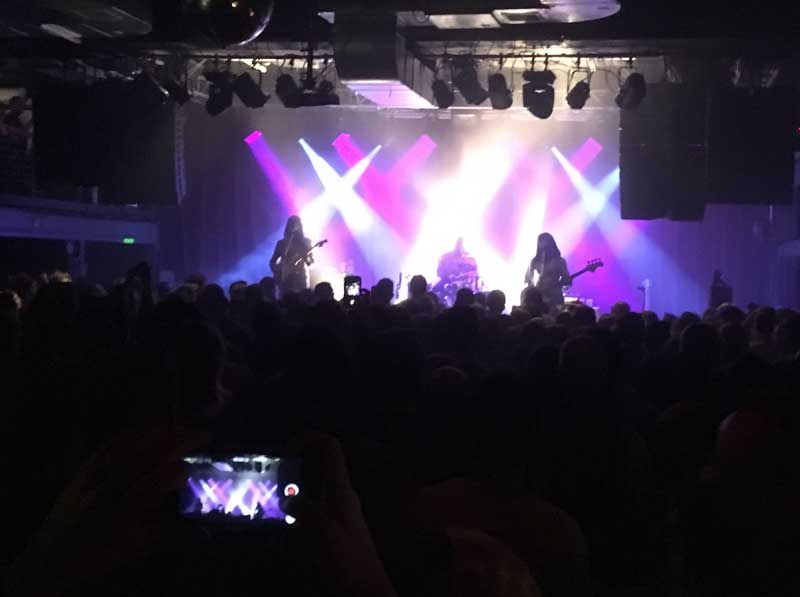 A Saturday morning setting: NPR’s on the box, and the rain is back, maybe vengefully. Just after a story on one of Trump’s toadies, Khruangbin’s “Two Fish and an Elephant” (or was it “Dern Kala”?) peeks out as NPR’s between-story bumper music. Lo and behold: I was making coffee, booting up to write about the Texas trio’s Neumo’s show the night before last. Imagine my surprise. Except I wasn’t at all surprised. The band is like a calmly funky meeting of the minds between King Tubby, early Dick Dale, the Meters, and Brightblack Morning Light, jamming dreamily in a chill bar in Phuket. Their tunes fit like a glove between NPR stories … or in a movie … or as simple, Texas-born Thai indie-rock funk that makes a roomful of Seattleites go apeshit-happy.

When they took the Neumo’s stage on Thursday, Khruangbin had a chock-full room — sold out to the rafters – in the palm of their hands. Between Mattson 2, the super-creative post-surf, post-jazz opener, and Khruangbin’s set, people around me were exploring the art of crouching down amidst the tight crowd pack, marveling at the cooler, undersea-like air down around everyone’s knees. I was told it was chill down there. A dip in the lights, an exhalation of stage-fog, and then Khruangbin’s Laura Lee, Mark Speer, and Donald Johnson walked on the craftily lit stage and took things down-tempo, with a relaxed sway that sent the room into a spasm of psychedness, instantly.

Some shows are single-sensory, where they might just blast you with sound. Laundry-shaking type stuff. Khruangbin was multi-sensory, nearly synesthetic with their lights: Colors seemed to dominate the tunes. Yes, the lights helped make this a reality, but I bet most people heard ‘faint purple glow, tinged with green sway’ when Mark Speer’s crystalline slow-surf twang opened “Cómo Me Quieres.” He was placid, a straight-ahead stare and ever-subtle sway. Across the stage, Laura Lee picked up a more distinct and snaking sway, plucking out a proto-dub bass line while Donald Johnson laid down an ultra-crisp, solid-simple beat. And that’s the pocket, the groove where the band stayed for the next 14 songs.

What floored me before, during, and after the show (as a listener and a show attendee) is just how fitting the band is for any moment. Via headphones on a long-ass flight? Perfect because the songs are almost entirely instrumental and move at a resolutely calm tempo. Via vinyl cranked through speakers? Fantastic, because Speer’s guitar work is at once fireworks-free and sharply clean, laying down a narrative flow that allows you to find your own story. Late-night? Well, that’s obvious: Like Parliament said, “funk not only moves, it can re-move, dig?” Khruangbin pulls and tussles the hips and shoulders in a full-room like Neumo’s, but they also let the rubber-band tautness of a full day in this world slowly release, a flow rather than a snap. And they obviously fit on a rainy Saturday, between radio news segments. 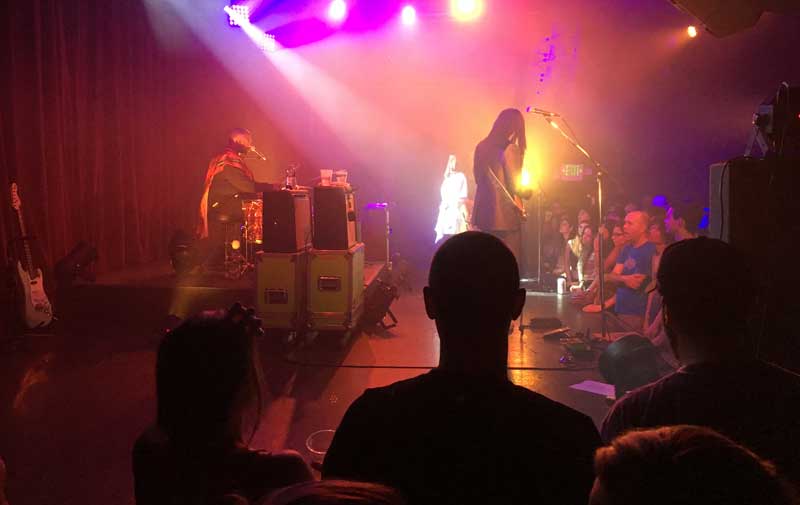 About the show: Without pomp or pretense or incessant tuning and between-song jacking around, Khruangbin knows the show is meant to dazzle, create an imprint on the mind. Hence the mix of their stoic stage presence and light-triggered synesthesia thing: There was the super-red song, the white-light pulse song, the deep-green song. The show was almost entirely instrumental, which is genius in its deceptive simplicity. But there were small lyrical endeavors, as in “Lady and Man,” where the languid pacing allowed for willowy harmonies and some declarative, simply-spoken but still floating lines, including “I could’ve been a doctor, could’ve been a lawyer / Oh come on, not that again!” and “You’re too angry, you’re too fake/You’re too reckless, you’re too bothered.” Or course these come more than 3 minutes into a 4-minute song. Seems like some sort of riddle about music speaking a thousand words or showing a thousand colors or something.

Oh, and they’re headed back in September with Leon Bridges. Don’t miss out (more info). 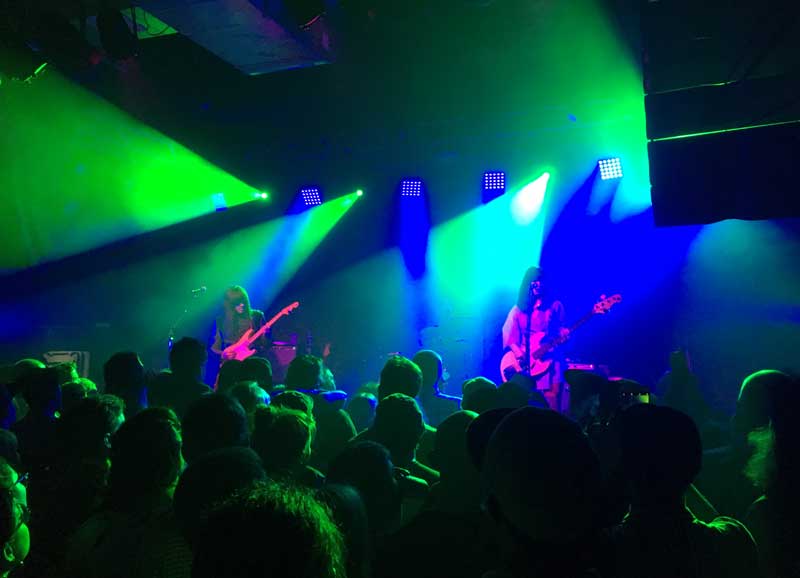