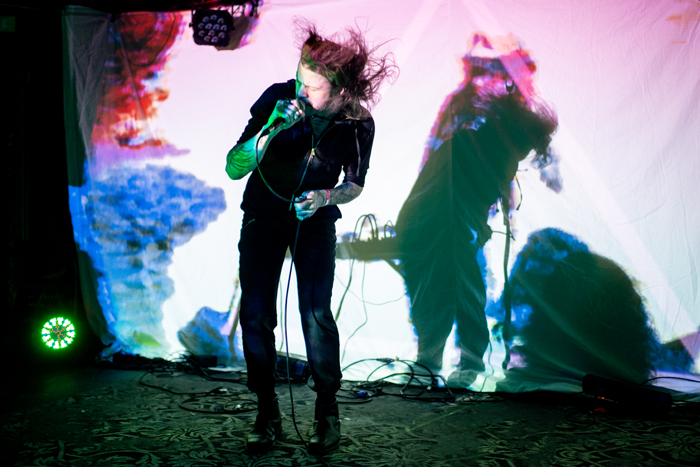 Vox Mod (album release) + The Spider Ferns + Nearby at Barboza

The Seattle music community really showed up for this one! Who knew a Wednesday night at Barboza could be a place “where everybody knows your name?” CHEERS AMERICA.

Irene Barber (Erik Blood, Dust Moth) opened up the night with new project, Nearby. Breathy, reverb drenched vocals danced with sunny guitar tones, warm synths and electronic beats. With the addition of harmonies sung live by the lovely Adra Boo (Hotels, Fly Moon Royalty,) the result was absolutely enchanting. Already a huge fan of her 2017 Garden Exercise EP, I was completely mesmerized during this set. I was mouth breathing in awe. It was especially true during my favorite track, “Breakers,” whose dazzling chorus is bound to get stuck in anyone’s head for days. In fact, it’s still stuck in mine. Do yourself a favor and go check out Nearby RIGHT NOW. 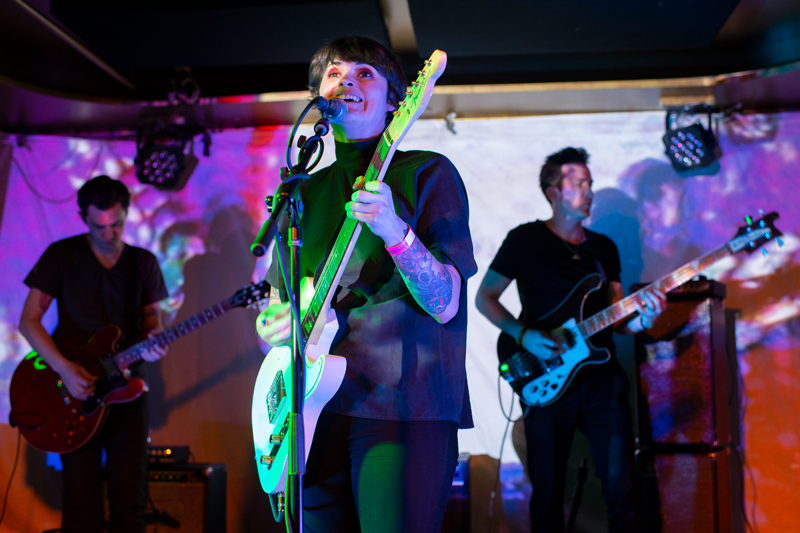 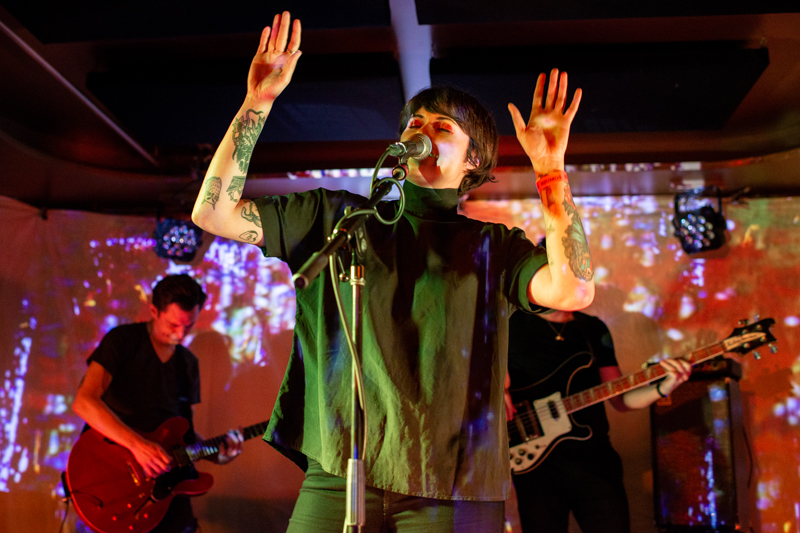 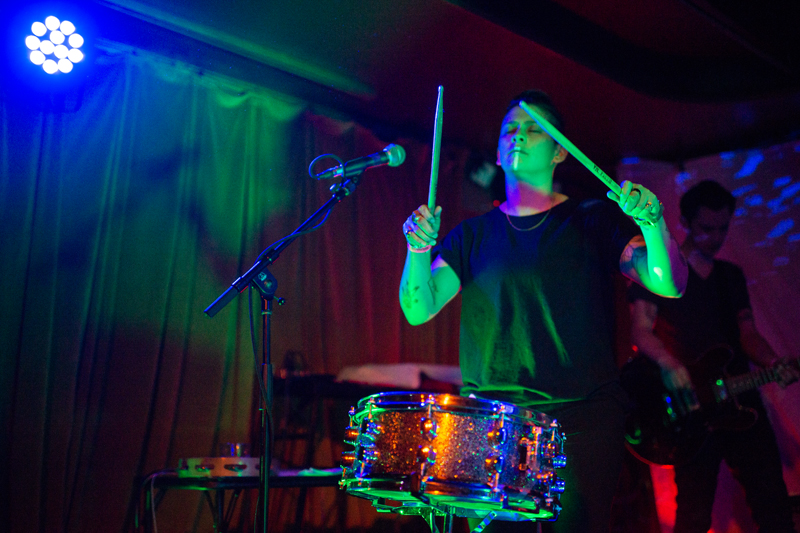 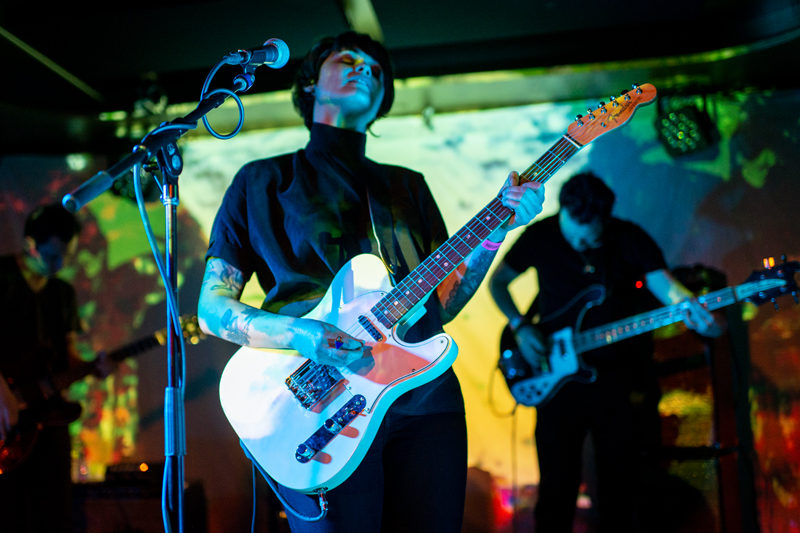 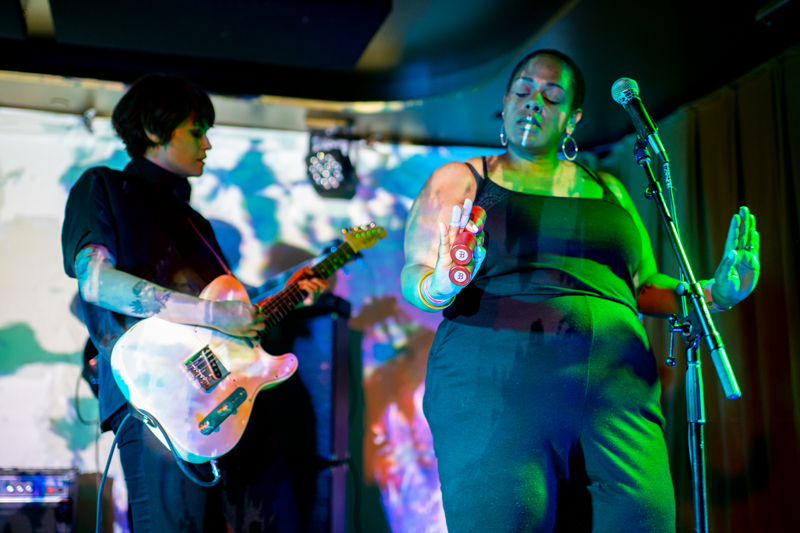 The Spider Ferns took the stage next with a darker, dancier vibe complimented by projected visuals and three dancers constantly moving behind the electronic duo. Alton Fleek’s moody shoegaze guitar-work was counterbalanced by Kelly Fleek’s delicate Kate Bush-esk lilting vocals, and heavy electric beats that would feel at home in a post apocalyptic landscape.The entire venue couldn’t help but sway along to their songs, especially “In the Silence,” which starts out in a fragile near silence, and grows into an almost industrial dance fever. I can’t wait to hear where they go next! 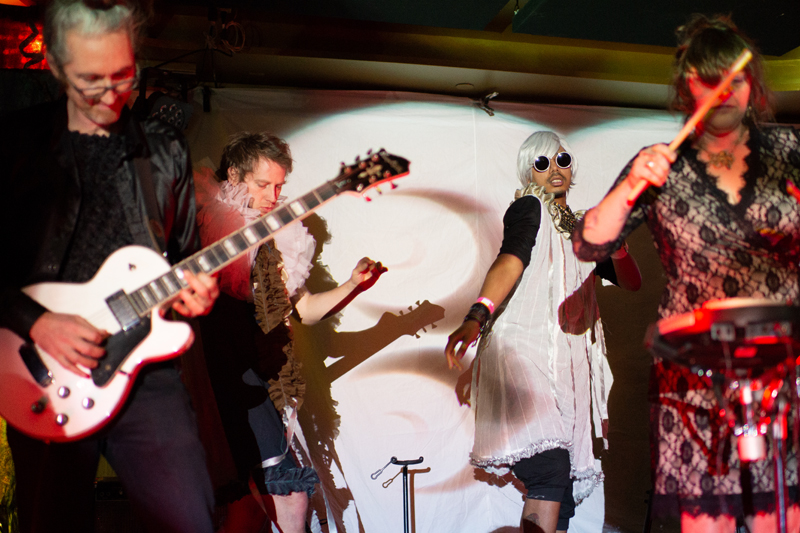 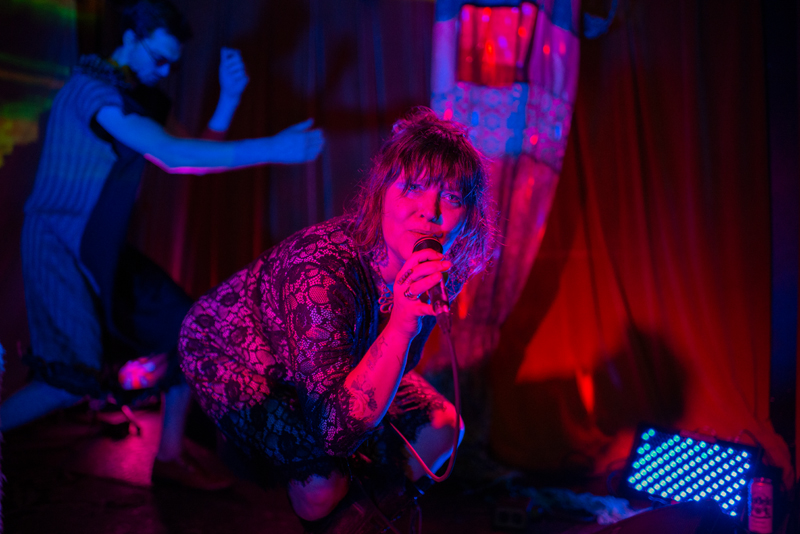 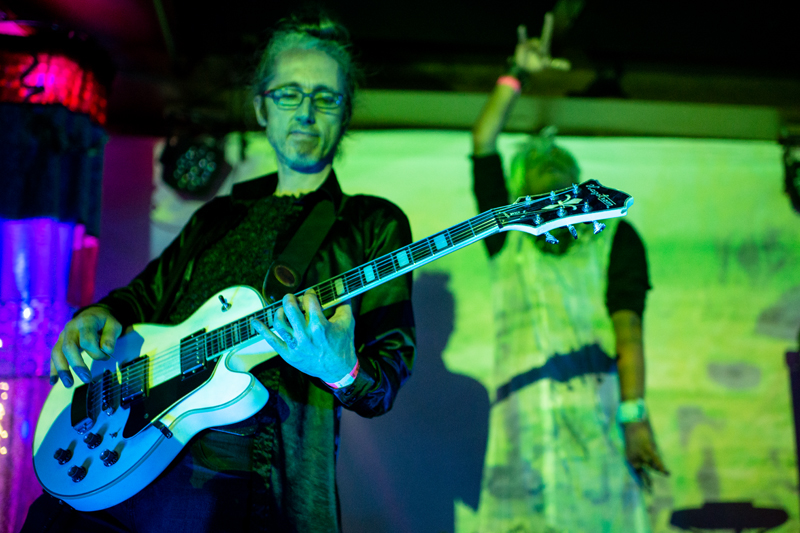 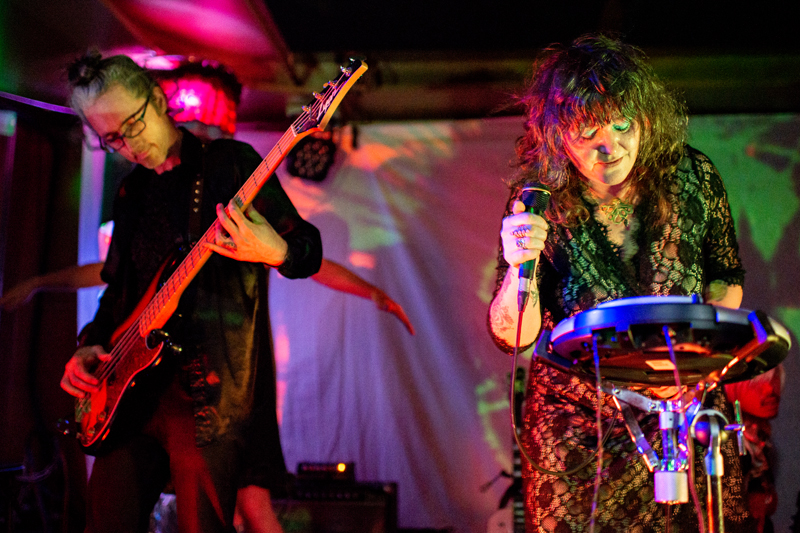 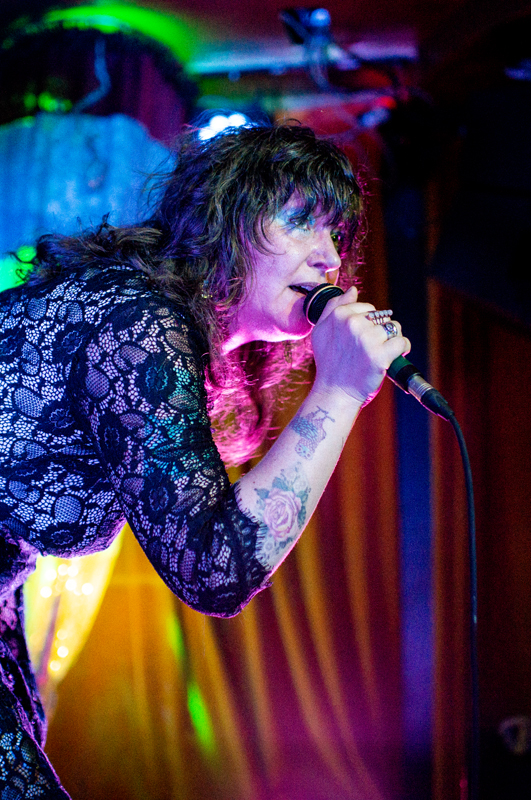 Vox Mod headlined the night, eager to share new songs and extremely appreciative of the bodies crowded into the room for his album release show. Throughout the night, he invited incredible talents to the stage to join him on harmonies including Whitney Lyman (Pollens,) Adra Boo, Alicia Amiri (Year of Death,) and Eva Walker (The Black Tones.) It was a real who’s who of the Seattle music scene, and they sounded fantastic. 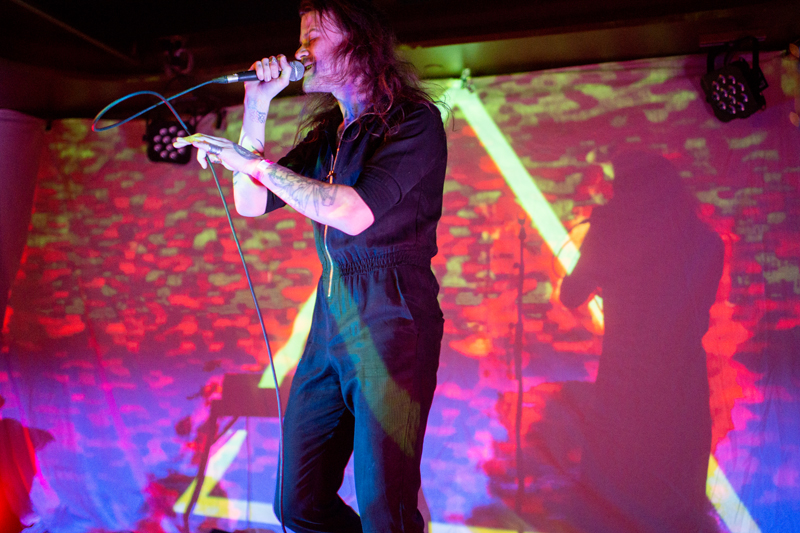 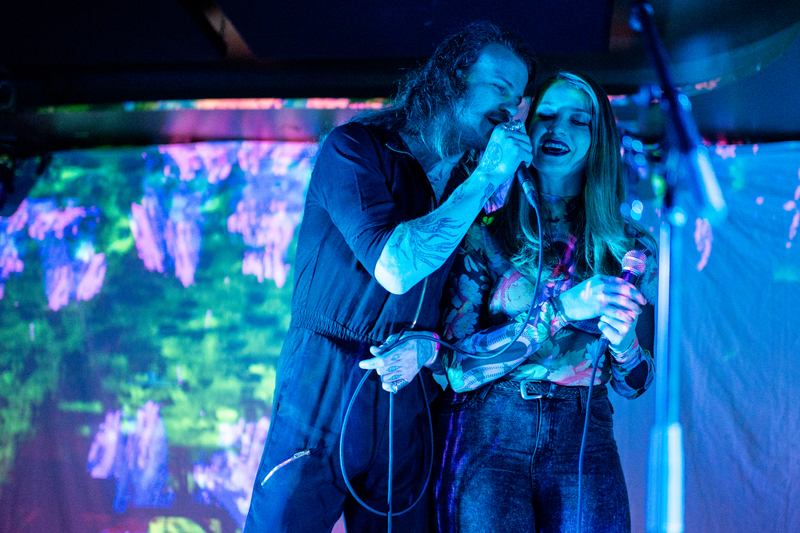 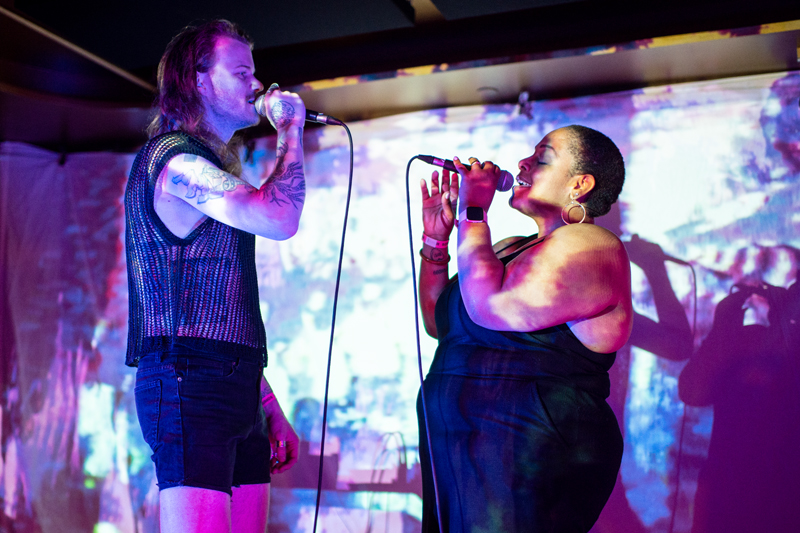 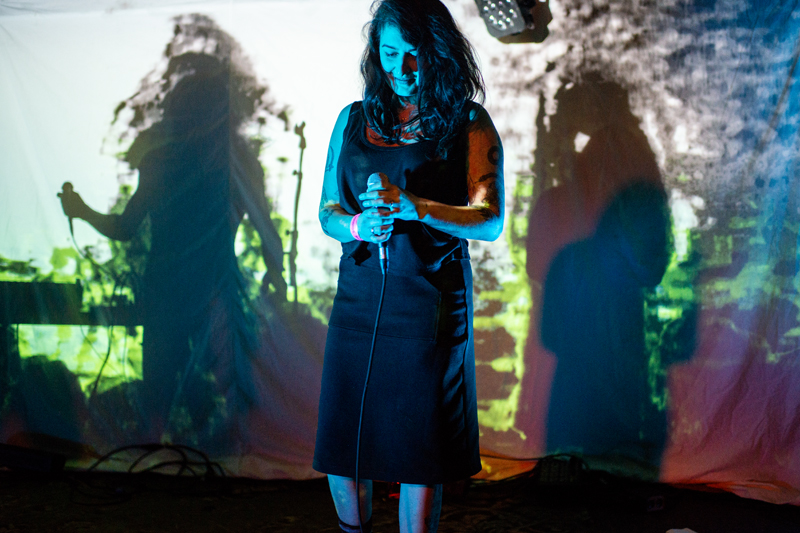 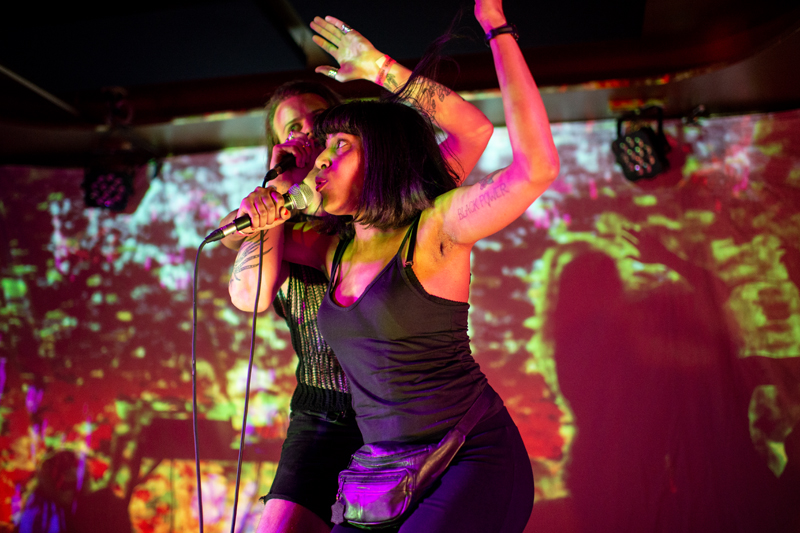 Vox Mod’s avant-garde beats are littered with unconventional samples like birds, water droplets, and piano lines played backwards. They absolutely shine on these new tracks, giving off an after death type of feel. As if you’re existing as a consciousness without actually existing in a body. If that makes any sense to anyone but me? These songs seem to be a true reflection on the past. 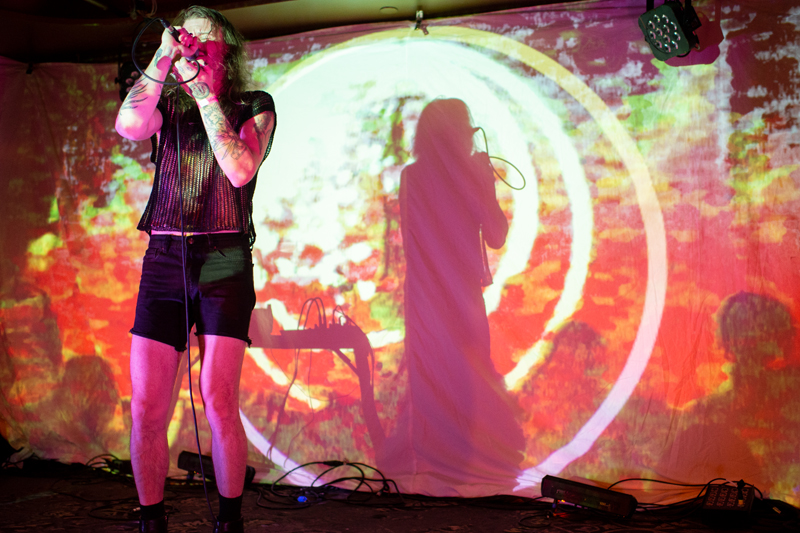 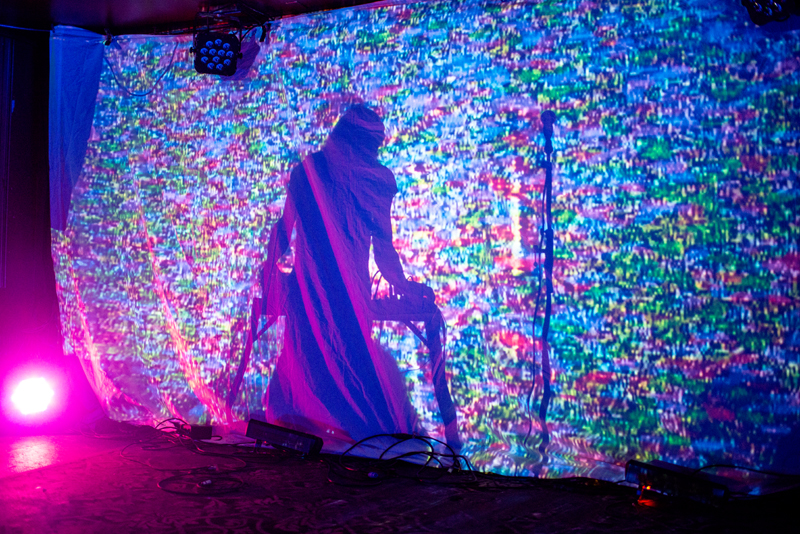 He invited his brother Kyle Porter to join him on stage near the end of the night, for a new song I didn’t catch the name of. It started off a touch shaky but really took off in the choruses, with Kyle singing powerful harmonies reminiscent of Trent Reznor. It was one of the most intriguing songs of the night. Vox Mod finished up with several instrumental tracks, surging the audience into a dancing mass that left them yelling for more. Check out his new album Sense of Us, and see what ya think! Huge shout out to local lighting innovator KBlanq (Kevin Blanquies) for providing such striking visuals throughout the night and shoutout to John Theroux for rocking visuals during The Spider Ferns. Extra special thanks to Victoria Holt for capturing the show! 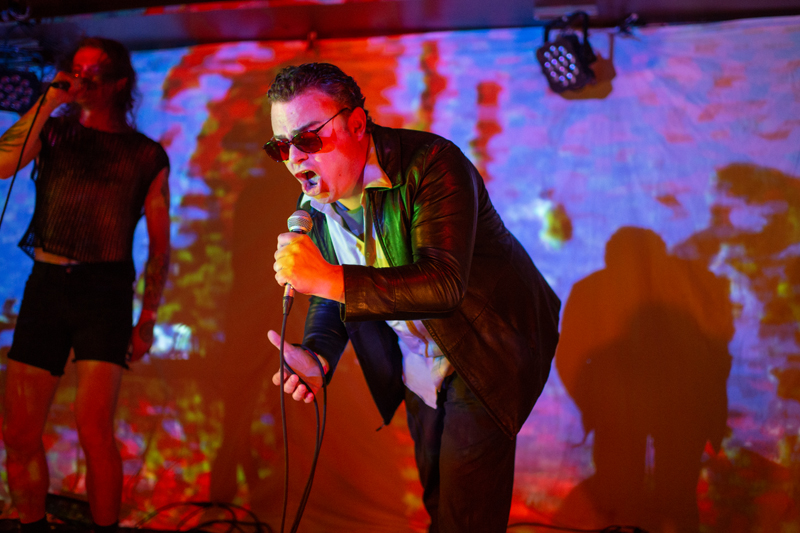 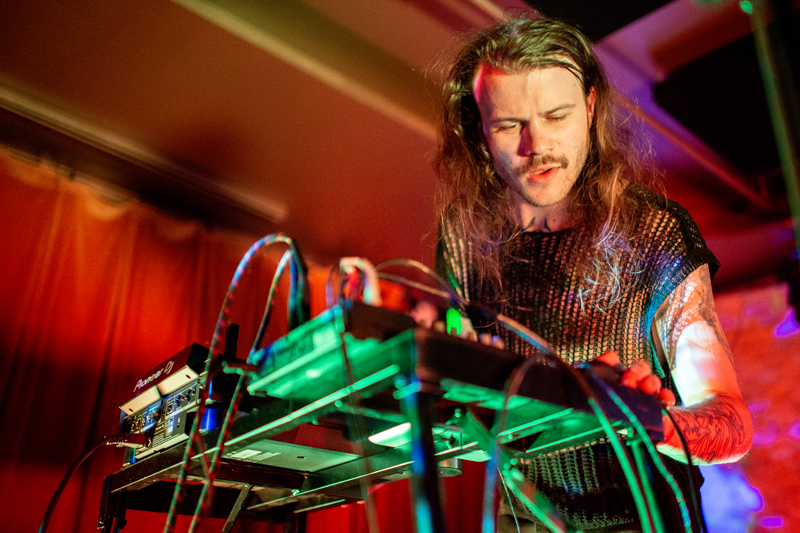