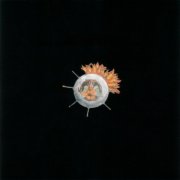 When It Comes An End I Will Stand Alone

It's a thin, uncertain line that separates those bands who sell a few hundred records from those selling thousands; likewise those who bring ten people out to a show versus hundreds. After the fact, many artists beat themselves up with thoughts like, "If only we spent a few more dollars on radio promotion…" or "Perhaps we should have focused more on fashion…"

Who really knows what the secret is to becoming a breakthrough band? This much is certain: Little Grizzly is one band we all took for granted and, judging by their final release, they deserved more attention than what they got.

When It Comes An End… serves as their closure, an intimate goodbye letter to the small fan base of described "music nerds" that they managed to attract over the past seven years, giving a polite farewell nod with songs like "Goodbye" and "My Goodnight." Even the record's title invokes a feeling of a sad, but accepted so long. Emerging from the Southern Rock scene of Denton, TX, our six boys released five LPs, two EPs and one single. Despite positive press response to all of these releases, not one of them gained solid distribution or earned the band widespread attention. Although admittedly influenced by classic "wear-your-heart-on-your-sleeve" bands such as The Who and The Band, this reviewer finds more musical kinship with post-rock sounds pioneered by Big Black or Built To Spill.

That these boys are familiar with the Gothic South is made evident through the dark (and occasionally downright creepy) subject matter found throughout their recorded work. Consider the story of a reluctant whore in "Open Wound," hired by a recently handicapped man: "Pulling in the down-turned corner of her mouth/is a half-heard apology/and the crust of too many whisky sours/She pulls herself away/to the room behind the bar/where she wouldn't give the time of day/to the one she charges by the hour… as long as his money's good/she don't care if he can walk." And, if that were not disturbing enough, take a gander through chilling, Poe-esque "Busy Devil," a tale about making plans to kill a friend's mother. "I had a secret/of you and your mother/and you said some things/are better left undiscovered/before you fed her poison/she'd already been smothered."

Like tornados, many of the songs on When It Comes An End… are named after women; "Elaine," "Laika," and "Amanda the Cat," tell the stories of troubled girls, alternating stylistically between slightly quirky to full-frontal assault, but maintaining sincerity. Finishing out the record is "Good Night," a no-holds-barred stomp-and-holler, preceded by the simple phrase "My oh my, when it's over…"

Rubbing a little salt into their open wounds, their May 1st CD Release Party in Denton (featuring The Baptist Generals) was also their last scheduled performance as a band. "Why do so many bands release CDs right when they break up anyway?" was the question they posed on their website. It breaks my heart, but I am glad to have gotten acquainted, even if for a brief moment, before they rode off into the proverbial sunset.