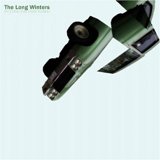 Putting the Days to Bed

John Roderick and his Long Winters made that boisterous arrival to your headphones in 2001 with The Worst You Can Do is Harm. The record collected a few incredibly catchy songs Roderick had lying around the bookshelves of his mind, and quickly established Roderick as a songwriting force to be reckoned with in the Seattle area.

"I stumbled into a record contract with a label run by a bunch of wide-eyed idealistic hippies," Roderick says of the beginning of The Long Winters. "All of the original band members except for Eric Corson, the bass player, have quit because they didn't understand my 'vision.'"

This incarnation of the LW's features four future ex-members: Roderick, Carson, Nabil Ayers (of the Lemons, Alien Crime Syndicate, and Tommy Stinson's band) on drums, and multi-instrumentalist Jonathan Rothman. Together they forge a version of the Winters only alluded to on the past two LPs, following a new 'vision' of Roderick's.

The record begins with the sound of a hard-strummed acoustic guitar, which within a few measures gets joined with the crash of electric guitars, drums, and harmonies-that trademark mixture of Long Winters pop-sensation quickly becomes the infectious tune "Pushover." Just the first in an album full of perfect Roderick pop-songs.

"Fire Island, AK" rocks heavy, like the dirtiest moments of Worst You Can Do…, while "Teaspoon" expands on the sugary enthusiasm of When I Pretend to Fall ("Cinnamon"; "Throwing Shapes"), adding horns and a little fire under the ass to create perhaps one of the best Long Winters songs recorded.

Overall, the Long Winters have tacked toward a more rock and roll setting, while the last EP hinted that a more ethereal style might be coming. The departure from the old, more Subaru-soundtrack pop-rock of the past records makes its mark most evidentally-and perhaps not at all coincidentally-on "It's a Departure." The song opens with a screaming distorted riff, Roderick conjuring Eddie Van Halen or fulfilling dreams of tapping his way through "Crazy Train."

It's a departure/ It's a departure / It's a new craze! he sings in the pre-chorus, building chunky power chords before launching into another screaming Van Halen lick. The remarkable aspect of the track makes itself clear at the end: The Long Winters could make a really amazing metal album.

The song "Ultimatum," which was featured twice on the EP of the same name (once with an orchestra feel, and again in a live acoustic setting) is on this record reinterpreted again, as if to affirm this heavier, more distorted style. An all-out rock track, the finger-picked subtleties that make "Ultimatum" a beautiful bedside hymn on the EP, now get buried in distortion, so that the song comes off sounding more like a Long Winters cover of a Thermals track, than an original Long Winters song.

Despite the crunchier taste of the record, Roderick's writing continues to ascend to new heights of wisdom, so that having listened to the record three times through in your car, driving around and around the Puget Sound, not wanting to get out of the car and the intoxicated state Roderick's song put you in, you realize he just might be the best songwriter in Seattle.