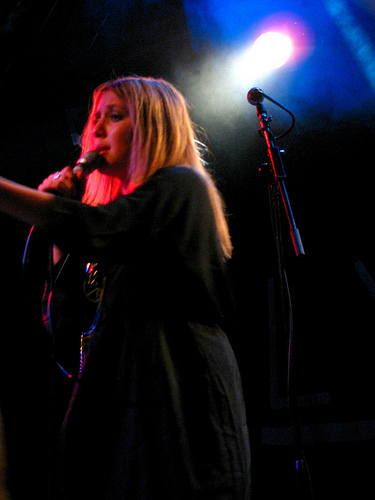 Lykke Li at the Showbox this Friday 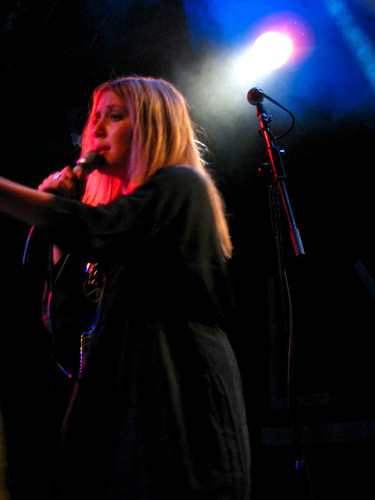 This will be the third time Sweden's Lykke Li will be playing in Seattle over the past year and each time the venues have gotten significantly bigger – but my anticipation always increases.

This Friday she'll be at the Showbox at the Market (after previous stops brought her to the Triple Door and Neumo's throughout 2008). Her debut LP, Youth Novels, was one of my favorite records of the year and it is a pop record that doesn't grow tiring after listening to it often.

When she played her first Seattle show, at the Triple Door, I wrote:

She is a star in every sense of the word. Dressed in a floor-length dress with lots of necklaces (including a peace sign one) and with straight, shoulder-length hair, she looked a bit like Avril Lavigne’s hippie twin sister. I don’t mean that as an insult by any means. She has a great, breathy voice that makes her soft but fun bubblegum pop songs sound intimate. When she played her dance songs (“Little Bit”; “Dance, Dance, Dance” and “I’m Good, I’m Gone”), it was a lot of fun to watch her move across the stage. I think a lot of the crowd wanted to get out of their seats and dance with her.

Other stops on this tour have sold out, so I don't think there are too many tickets left for this show. If you're on the fence for getting any of the remaining tickets, here's the video to her song "Little Bit":