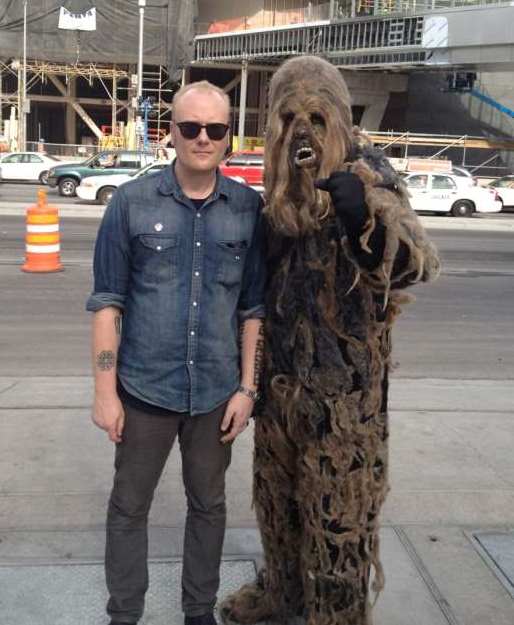 If you've paid attention to the career of Mike Doughty (you know, 'that guy from Soul Coughing') over the years, you're aware of his disposition against playing even one song from the Soul Coughing catalog. So much so, in fact, that he's been known to walk up to people in the audience who yell out requests, take money out of his wallet, hand it to them to refund their ticket purchase, and bluntly ask them to leave the show.

Well, listen up, fans: Mike Doughty is just about halfway through a tour in which he does nothing *but* Soul Coughing songs, perhaps in an effort to exorcise some internal demons, or, maybe he's gotten together with a really excellent therapist! In any case, if you've ever hankered to hear "Super Bon Bon" or "Circles" right from the horse's mouth, now's your chance: he'll be playing tomorrow night {Saturday, 11/2} at our very own Neptune Theater, with a preview set at Sonic Boom in Ballard at 2pm. Be there!

{Tickets and more information about the show at STG's site here. All ages / Moon Hooch opens. Photo of Mike and Scrap courtesy of the ever-wondrous internet.}