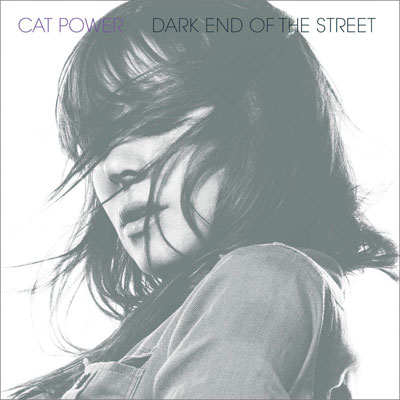 Less than a year after releasing Jukebox, Cat Power's second album of mostly other people's songs, Chan Marshall and company decided that they still haven't gotten that out of their system and are planning on releasing another covers album this December. This is a double, 10 inch EP called Dark End of the Street.

The album will be, again, out on Matador (as the details came from its Matablog) and it'll be released on December 9, both digitally and as a double 10" record. The six songs are:

I'm, of course, looking forward to this – I thought Jukebox was pretty good – but I'm just a little disappointed that I still don't have a full version of Cat Power's cover of "Hangin' on the Telephone" (which was famously covered by Blondie). That version was featured in a Cingular Wireless commercial but, to my knowledge, ever released publicly. Here's that commercial, by the way: