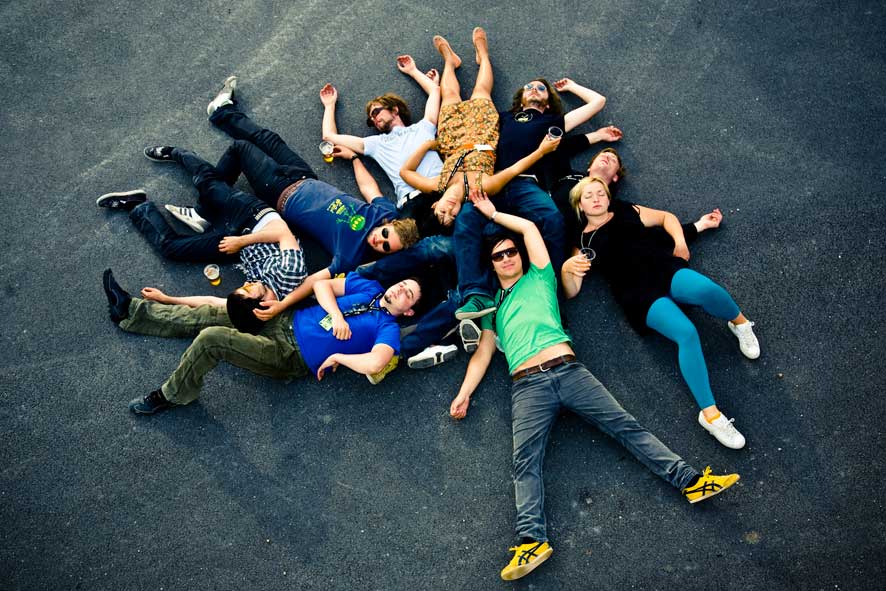 Moshi Moshi Records is the label that has helped bring Architecture in Helsinki, Hot Chip, Lykke Li, Kate Nash, and the Casiokids to the world. That last band is headlining their 10th Anniversary Tour, which in North America will start in Chicago on August 4th and wind up here in Seattle (good thinking, guys and gals) at the beloved Crocodile August 13. Right before that are dates in Portland (August 11 at the Doug Fir in Portland; August 12 at the Media Club in Vancouver, B.C.)

Casiokids are Norwegian analogue future-trash pop artists with a jones for the seven inch single, and their six song new self-titled EP is a great sampler for what they do (dance this mess around). Also in the label showcase line-up is the UK’s snappy busk-punk The Wave Pictures, touring behind their new album Instant Coffee Baby (following up their delightful Just Like A Drummer EP from this time last summer; and Germany’s trance-trippy Slow Club hustling their latest, Yeah So.

This is a grand line-up featuring a broad sweep of the diverse Moshi Moshi aesthetic, which is as simple as saying “high quality underground pop.” We are flattered and honored to have the tour finale here in Seattle at the Croc — should be quite a party!