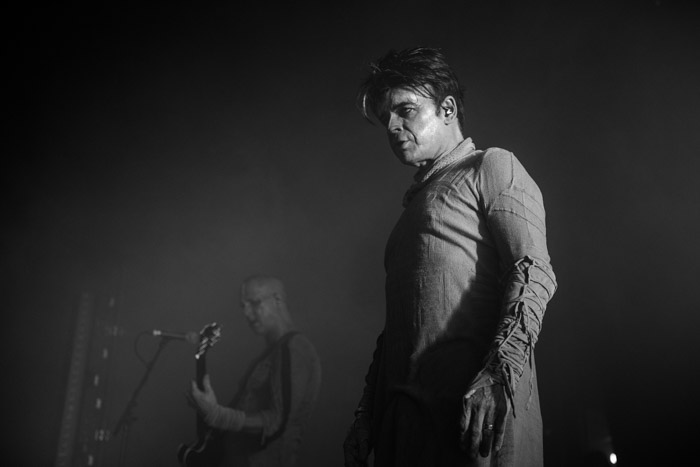 Gary Numan at the Neptune

From the very moment Gary Numan took the stage, there was one thing that was for certain: Gary is a god damn PERFORMER. His presence was expansive and seemingly lit up the room (along with his small army of pulsing lights.) As the music began, the theater oscillated between near darkness and complete white light along to the jarring, crunchy chords of new track “Ghost Nation.” Gary writhed about in slow motion between the flashes, took control of the stage, and grabbed the microphone fiercely with both hands for each chorus. As he entered into 1979’s “Metal,” the glistening steel of the robotic reverie sounded fresh and shiny. This won over the hearts of the crowd who were mostly wearing black, as they briefly shed their cool exteriors and swayed back and forth to the classic hit. 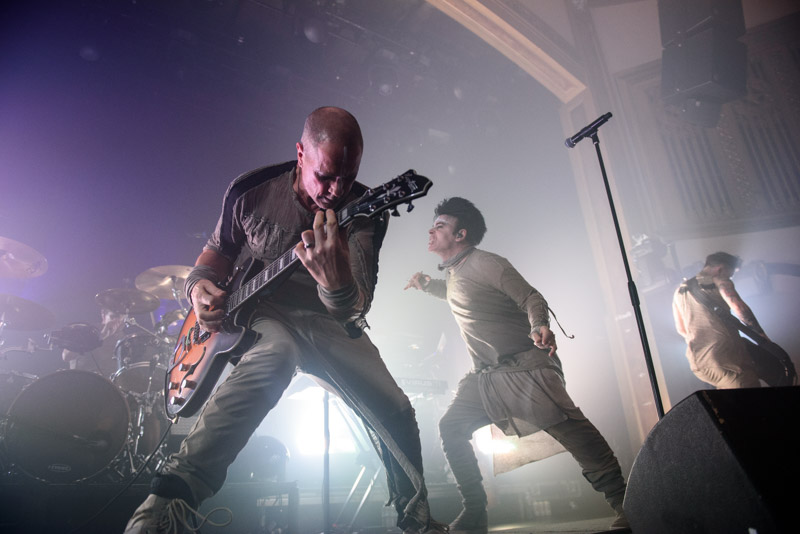 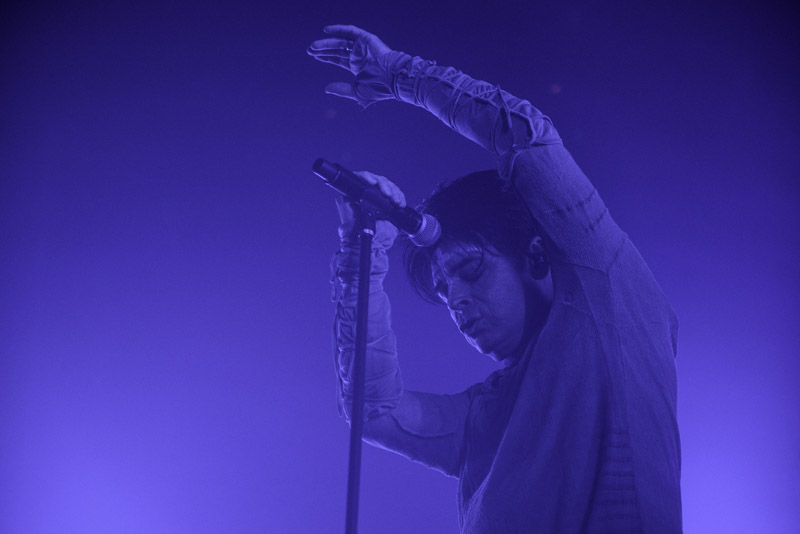 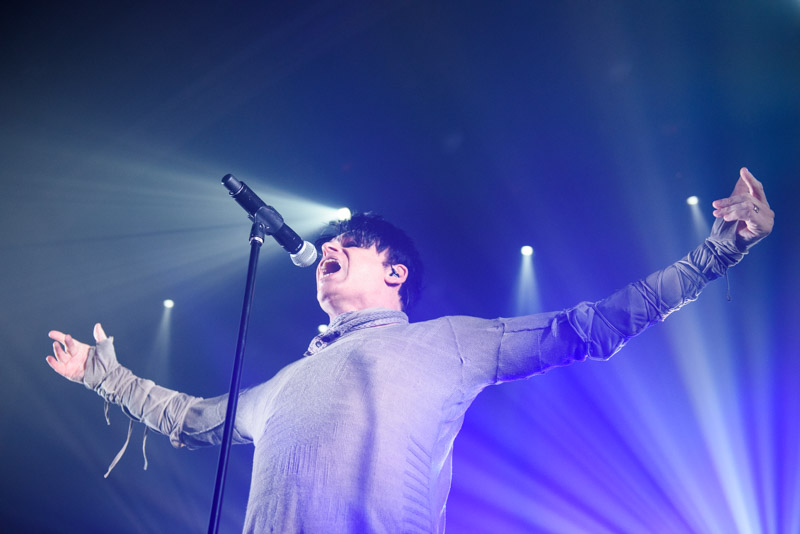 While moving throughout the venue I noticed a few elementary aged kids watching the show with their dads. Apparently, Gary Numan is what the cool dads are listening to these days. Luckily for these kids, they were treated to an arena sized rock show in a much more intimate venue. During the choruses of “Everything Comes Down to This,” the wall of sound stretched into every crevice of the Neptune, filling it to the brim with synth, distortion, and Gary’s pleading vocals. I looked down and realized my legs had gone into full rocker mode, standing equally on both feet, placed much farther than hip distance apart. A few people in my vicinity seemed to have the same affliction. Apparently, Gary Numan’s tunes will automatically compel you to stand like a badass. 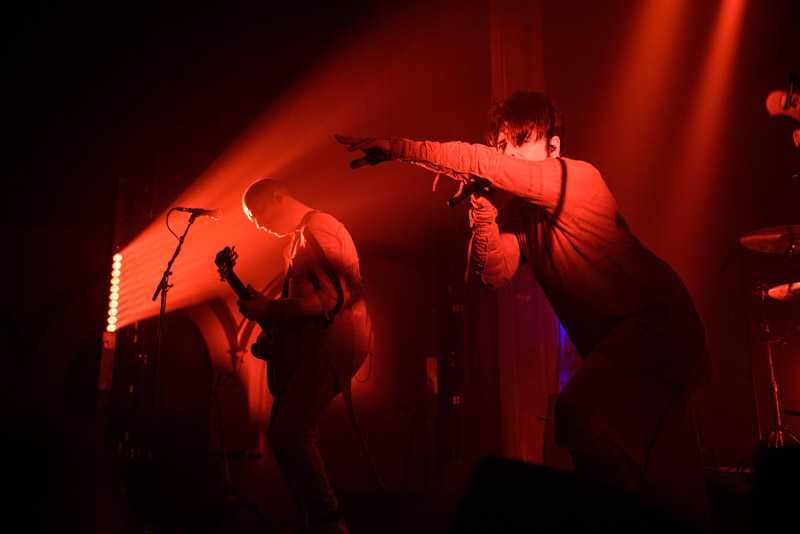 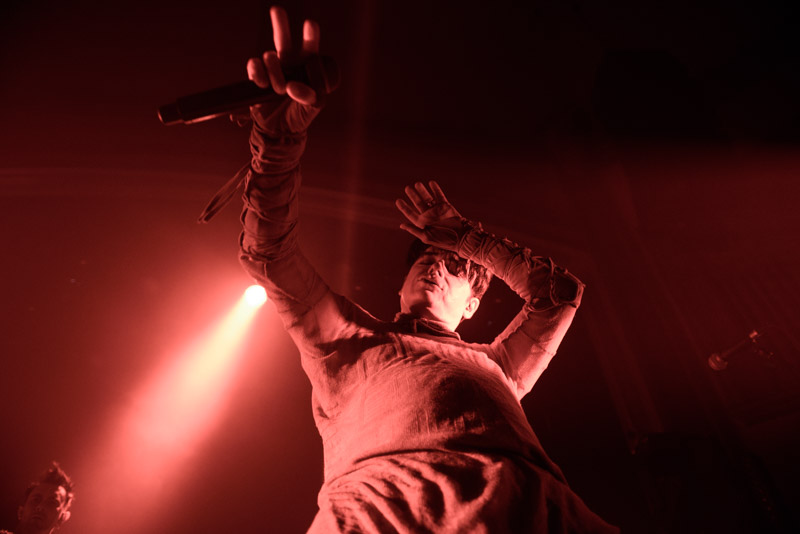 Near the end of the night, as they played Tubeway Army’s catchy “Are Friends Electric?,” a large portion of the audience were singing along to the synth riff in unison, as if they were a chorus of eerie robots “woo-ing” to the whims of Director Numan. I’d finally found them. My people! The weirdos who like to sing every part of a song they possibly can. 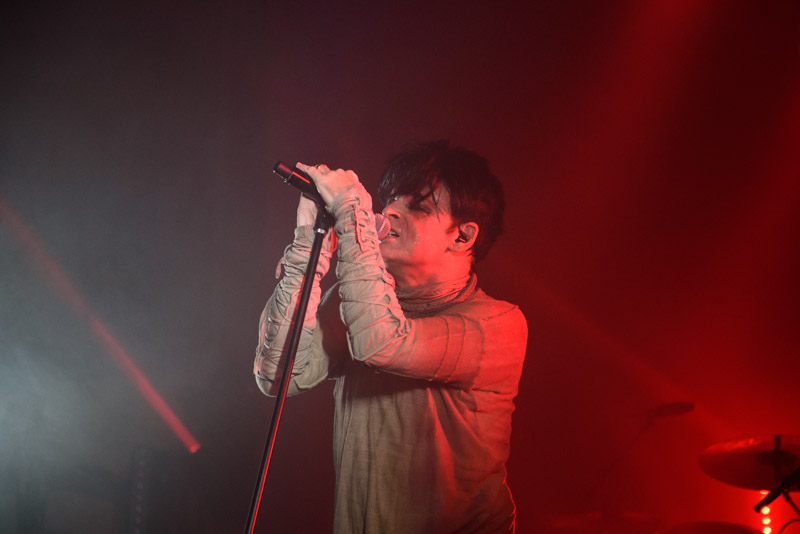 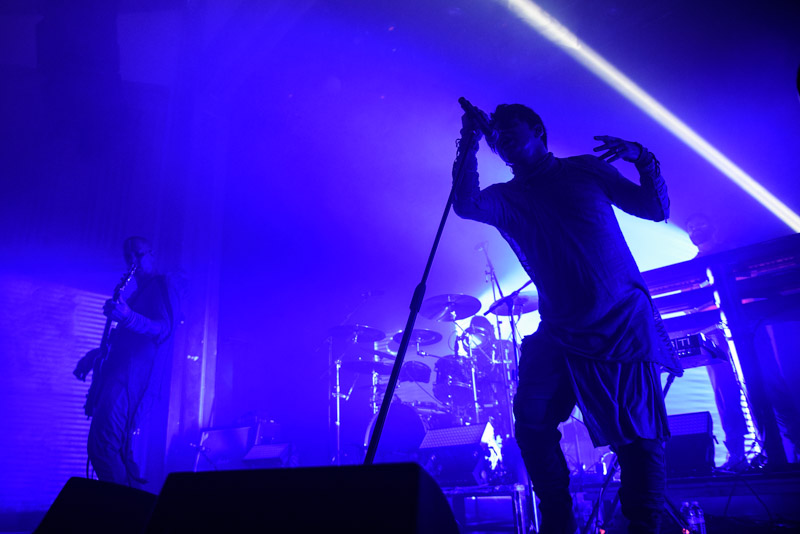 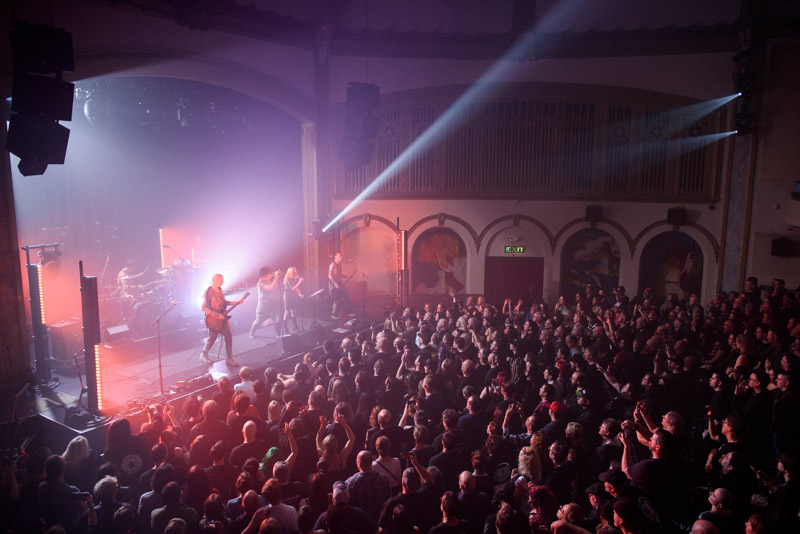 Though much of Numan’s newer material has swayed into more of an industrial sound, which is not usually my taste, there’s no denying that he puts on an incredible show and I absolutely loved it. His songs sounded positively colossal in the Neptune, and paired with his striking stage presence and monumental light show, he had the rapt attention of the audience throughout the night. Don’t pass up the chance to let Gary Numan lead you on a dystopian science fiction journey the next time he rolls into town!