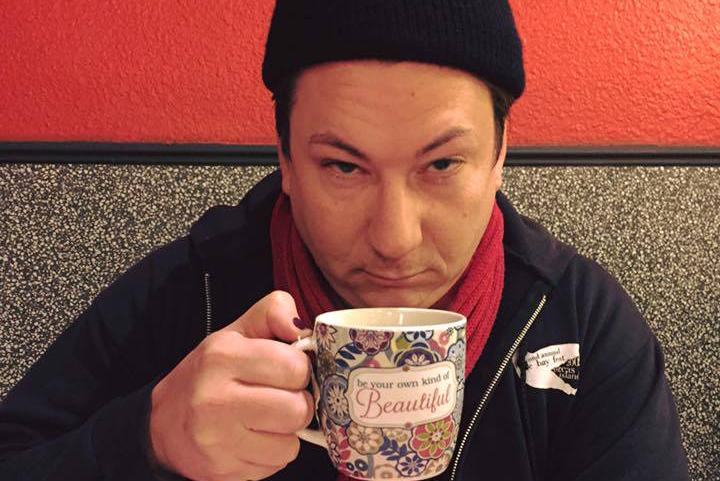 It’s time for another Artist Spotlight on one of our singers performing this Sunday at NEW WAVE NIGHT. After you’re done with Dad’s Day, come PARTY DOWN WITH US! Bring your dad too.

Aaron Starkey is no stranger to absolutely tearing up cover nights and you won’t want to miss this set! As the lead guitarist and vocalist for local band Gibraltar, his riffs are stellar, and his vocals run the gambit from a soft serenade to a grit filled roar. Gibraltar pulls influences from 70s, 80s and 90s bands for a truly epic post-punky power rock sound that’s all their own.

Pianist Holly Houser recently left the band to pursue other projects, so it’ll be interesting to see how their sound shakes out.

Check out their upcoming show as a three piece:

Aaron Starkey has also started a band so new, you can’t even listen to them yet! OCEANWIRES is a supergroup composed of Starkey, Dave Einmo (Head Like a Kite,) Ethan Anderson (Massy Ferguson,) and Jeff Baars (Long Dark Moon.) With such an incredible list of local talent, you can be sure their debut record will be catchy as shit. It’ll be out this Fall and produced by Steve Fisk.

Catch Aaron this Sunday at NEW WAVE NIGHT, as he sings a few of your fav songs with the TIG backing band. Word on the street is he’ll bring his guitar too!