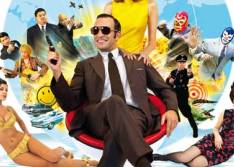 One more chance to catch the best of SIFF '09

Just when you thought SIFF '09 was over and done, SIFF Cinema is presenting a three-day, 13-program selection of award winners and audience favorites this weekend. SIFFed out as I still am, I'm actually kinda glad, especially having missed Grand Jury Prize winners talhotblond and The Other Bank.

Anything you missed at this year's local cinema-bration but wish you hadn't? Or did  SIFF not make it onto your calendar at all this year? (If the latter, you might consider the full weekend pass for admission to all programs. Because you have lameness to account for.)

Whatever the case, please know that after this weekend SIFF Cinema will be closing its doors for the summer. Damn economy. So, while this mini-SIFF may not be your last chance to see these films on the big screen (many will get regular theatrical runs later in the year), it is your last chance to experience one of the best cinematheques in town until Bumbershoot's One Reel Film Festival in September.

4:30 PM
talhotblond
{Documentary Grand Jury Prize winner}
An incredible-but-true crime story of a love triangle where the lovers never meet face to face, but one person ends up dead, another goes to prison, and the families of all three are changed forever. Our own ChrisB called it "intense" and says it's "best when it's viewed as a cautionary tale of an internet romance gone terribly, terribly wrong."

7:00 PM
OSS 117: Lost in Rio
Twelve years after his adventures in Cairo, agent OSS 117 (goofy-hot Jean Dujardin) is back, following up the SIFF '06 hit OSS 117: Cairo, Nest of Spies, for another mission at the end of the world — this time teaming up with a sexy Mossad agent to capture a Nazi blackmailer. If you enjoyed the first installment, you'll like this one too. And if you're a Hitchcock fan, the homage-heavy climactic sequence will fill you with absolute glee.

9:30 PM
Humpday
Unless you've been living in a cave, without your mobile device, you know this Seattle-produced film by Lynn Shelton is about two college buddies who test the limits of bromance by agreeing to take part in The Stranger's HUMP competition. ChrisB called the story "very smart and funny" and appreciated the film's fully-realized characters. I saw it too, and I concur. 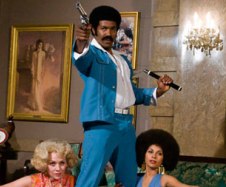 11:00 AM
The Family Picture Show shorts
Both Roxie Rider and her young son enjoyed this program of family-friendly short films, especially Nick Park's new Wallace & Gromit short A Matter of Loaf and Death. As with any shorts program, there were highs and lows, but La Rider notes that most here "were enjoyable and sweet and more or less memorable depending largely on your taste."

1:30 PM
The Other Bank
{New Directors Grand Jury Prize winner}
I missed this at SIFF and I'm thrilled to have the chance to catch it now. The story involves a 12-year-old Georgian refugee who travels (across physical and emotional borders) to war-torn Abkhazia to find his father and a second chance at life. I'm hearing it's sweet, sad, haunting, and wonderful.

4:00 PM
Rembrandt's J'Accuse
Part art history essay, part forensic mystery, part criminal investigation, and ALL crazy-great SIFF '09 highlight, the fantastic Rembrandt's J'Accuse invents a new and unusual kind of docu-cinema through an exploration of Rembrandt's painting "The Night Watch." Who knew this Dutch masterpiece had such a murderous backstory? Legendary writer-director Peter Greenaway did, and here he gives us one of the coolest good-for-you films of the year.

6:30 PM
Shrink
For whatever reason, this star-studded Sundance '09 hit seemed to be completely off the TIG staff's collective radar. The story follows Hollywood psychiatrist Henry Carter (Kevin Spacey) and his various paranoid, alcoholic, germ-phobic, befuddled A-list clientele. And apparently Henry's not in such great shape himself.

9:30 PM
Black Dynamite
{Golden Space Needle Audience Award winner}
When "The Man" murders his brother, pumps heroin into local orphanages, and floods the ghetto with adulterated malt liquor, Black Dynamite is the only hero willing to fight from the blood-soaked city streets to the hallowed halls of the Honky House. This Blaxploitation ode does sound like fun — but best feature?! Well, this was part of Midnight Adrenaline, so maybe inebriation made folks more generous with their "5" ratings. 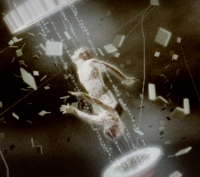 11:00 AM
Best of SIFF 2009 Shorts
A sampling of the best of SIFF 09's short films, featuring award winners, audience faves and programmers' picks. Evidently the films feature things like uber-gluttons, murderous Christmas trees, and the world's cutest deer. I like shorts, and the only program I caught was the fair-to-middlin' gay package, so I'll be there.

1:30 PM
The Cove
{Golden Space Needle Audience Award winner}
Compelling from its night-vision opening frames, this Sundance-fave documentary serves as both a searing expose of Japan's dolphin trade and an intriguing profile of activist Richard O'Barry, the man who saw the light after having trained the five dolphins that played Flipper. What he and his motley investigative team discover is frequently horrifying, but the film manages to even it out with gorgeous underseas footage and a big dose of corporate intrigue.

3:30 PM
Morris: A Life With Bells On
This British mockumentary, a favorite of this year's festival programmers, got big audience reaction at the sold-out screening ChrisB and I attended. (As I recall, he hated it; I thought it was way silly and just ok.) The story follows a folk dancing troupe called Millsham Morris, and its avant-garde leader Derecq Twist, in their pursuit for Morris perfection. Eventually it all sends Derecq on "a global trek through tragedy and triumph which gravely tests his life's passion." Yeah.

6:00 PM
Swimsuit Issue
Another one completely off our radar. The plot seems Full Monty-ish: in the wake of a wild bachelor party, Fredrik discovers his passion for synchronized swimming, and convinces his football teammates to join him as Sweden's only all-male team. (The still image on the SIFF site kinda makes me want to see it.)

8:30 PM
The Immaculate Conception of Little Dizzle
The "other" big local film at SIFF, this one by animator/filmmaker David Russo, follows a group of janitors who ingest self-heating cookies and experience (putting it mildly) adverse side effects. ChrisB and I were at the same sold-out screening; I found it good-not-great, he called it "one of the most unusual films I've ever seen." I actually enjoyed his very entertaining interview with star Natasha Lyonne about as much as I enjoyed the film.