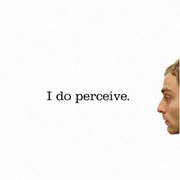 Why can I remember so vividly the first time I heard Mike Kinsella's —a.k.a. Owen's —voice? I don't remember the first time I heard "Sgt. Pepper's" or even the first time I heard great voices like James Taylor, Sinatra, Cat Stevens, etc. I know my mom used to play me "Sweet Baby James" as a baby how much cuter would that story be if my name were James?—but that doesn't mean I recall a particular anecdote with me as a baby, sucking my thumb in a crib and thinking about the record that was playing. "Wow, that 'Fire and Rain' sure was a sad track I want my bottle where's that lady that always runs in here with a bottle when I cry? WHAAAA! Oh, there she is, awesome. Turn it up, would you? And can you warm this bottle up a little bit more?"

I am often regarded as an archetype of music snobbery when people hear that my favorite record is either Sigur Ros' "Agaetis Byrjun" or Coltrane's "A Love Supreme." Hell, I'd call me a music snob too. But I can remember the very first time I heard those records, and having memories of a favorite song or band is something I believe should accompany any great music. Subjective interpretation through application to the audience's real life is what makes art so powerful.

So because I don't remember hearing "A Day in the Life" for the first time, does that mean that the Beatles are somehow a lesser band for me than a band like Sigur Ros? I don't think so—I'd still say that the Beatles are probably my favorite band of all time (how very original, I know). It must be something else. It might be that the Beatles are essentially a part of the ideology of our society—in commercials, the radio, seemingly everyone's cd/cassette/lp/mp3 collection. I can dismiss the fact that I don't remember the first time I heard my favorite band like that, but it's still unnerving that I don't remember. For a long time I would say Radiohead was my favorite band, and I had a story that went with every album, the best of which involving a listening party a friend and I threw during lunch in high school, cutting class to go to the store and buy "Amnesiac." (My great moments of rebellion, .)

The first time I heard Mike Kinsella's voice was on the American Football record. My friend Kelly and I were going to a thrift store to look at hats, and she had it on the stereo in her car. I suppose it was the end of 2002, I was a sophomore in college. The trees in Virginia had become just really big sticks, the humidity had all gone away with the leaves. It was great. I remember thinking that the two telecasters blended more like vocal harmonies than like guitars. There was no bass player, only the two guitars and drums. Occasionally a trumpet would play long notes. In the background, behind the velvety-smooth mixing of guitars, was this voice. It sounded like a young man with absolutely no vocal training, more whispering than singing. It was perfect.

Being the young the music sob I was at the time, I immediately consulted Polyvinyl Records' posted bio of the band and the All Music Guide's thoughts on the subject as well. (This was before the days when one could go to the trusted folks at Three Imaginary Girls for information about good music).

I found that the American Football record I heard was the only American Football record, and that the brains behind the operation was Mike Kinsella, brother of Joan of Arc's Tim Kinsella, and at that point composer of two full-lengths under the moniker Owen. A self-titled debut and follow-up "No Good for No One Now" quickly made their way onto my shelf. While the only aspect of American Football that I disliked was that Kinsella's voice was so far back in the mix if you listen to it quietly, you mostly hear the guitars on the Owen records, Kinsella is right up front, with the soft telecaster tones of American Football traded for strummed and picked acoustics layered over and over each other. Kinsella records his albums himself, playing just about all the instruments (he has toured with Joan of Arc as the drummer). And his whispery voice, right up front, carried with it lyrics harshly direct and emotional, as in "Good Deeds," when he sings, "It feels good (so good), we should tonight/ Because maybe my mom's right/ Our good deeds won't save us (Just true faith in Jesus)/ So in the name of her lord, let's do what we shouldn't some more."

Since that first month when I listened to Owen incessantly, there hasn't been anything released. Not until last year's "The EP," a teaser to the recently-released "I Do Perceive." "The EP" was five songs of a new type of Owen. Still recording on his own, two full-lengths under his belt had taught him quite a bit, and the opener "Skin and Bones" is less the bedroom-acoustic whisperings of the previous records, and more of a whispered rock-ballad with intricate acoustic guitars and electric guitars all over the soundscape a stage in an arena full of jilted single twenty-somethings.

Undoubtedly the best thing Owen had yet released, The EP is Kinsella at new level of lyrical and musical ability. "Skin and Bones" has the great line, "The prettiest girl at the party pities those girls who aren't so pretty, but who dress nice/ She'll go home alone by choice or choose one of the boys to make out with/ If she's lonely, or horny, or human." And the mostly guitar-and-voice track, "In the Morning, Before Work" is a song from a lonely music lover to an ex: "I listen to my same old CDs/ New Order and Morrisey/ But you already knew that/ Because you used to lie with me."

I Do Perceive came out a few months after, with the first two Owen records being simultaneously re-released, on vinyl for the first time. The eight new songs are no disappointment after The EP. Having established a solid discography, Kinsella has as well established an "Owen" sound. And the record opens with a very "Owen" song, "Who Found Who's Hair in Who's Bed?" Another song about dealing with the void left by a lover's absence, Kinsella opens the record with a line which seemingly could be found in any Owen recording, "I'm usually not one to speak up, but you're decisions of late are on all accounts, pretty fucked/ And not in a good way."

The record is full of the memorable qualities of Owen: A simultaneously whispered and spoken voice, lyrics so honest and real they must be written on napkins while Kinsella eats his Fruit Loops in the morning, guitar work as good as anything else out there, and a sensibility for how different instruments complement one another when placed in layer upon layer to make truly fantastic—and memorable—noises.