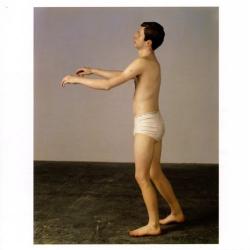 One of my favorite shows on TV for the longest time was VH1's I Love the 80's. Sadly, I could waste an entire ten-hour stretch reminiscing over a decade that I really only distinctly remember about six years. But then, isn't it just like an indie rock fan, to appreciate nostalgia for things you didn't experience the first time around? Listening to Parallels, the new disc by Seattle's The Turn-Ons, one can't help but thing back to the heady days of the Jesus & Mary Chain, My Bloody Valentine, Echo & the Bunnymen, Joy Division, and all the mid- to late 80's Britrock that filled my world (albeit not in the 80s. Ah well.) The Turn-Ons do their best to bring more of today's youths to the record shops to buy the back catalog of those seminal bands, and maybe pick up some of the other revivalists like Black Rebel Motorcycle Club, the Stratford 4, and Interpol.

One of my favorite sounds in music is that echoey guitar and drums with whispery, barely intelligible vocals from the shoegazer scene (I suppose it was all originated by the Velvet Underground), and the Turn-Ons have it in spades. "A Thousand Years" sounds like a castoff from the early Stone Roses as Travis DeVries sings, "It all means nothing at all," as the guitars howls through the wall of sound. The rolling drums that open "Strange as Snow" give the song an eerily stellastarr* feel as the song slowly builds the musical crescendo with wailing guitars and DeVries distant vocals (with a little political commentary mixed in: "This is not my country and/this is not my president"). When you consider another drum-driven song like "The Northerners," you appreciate the taut drum work of Will Hallauer in particular.

"Most of Us" is a very tight dream-pop song that again seems to cut from the Stone Roses tree, but with a little more distinct personality than "A Thousand Years." The same might be said for "Adhesives," another catchy song that rattles guitars and drums across the musical landscape. Some of their slower numbers such as "Eastern Hollows" and "The Low End" feel like they feed from the same source as last year's excellent Clientele album, creating dreamy musical landscapes that you can feel lost in. "Robert Altman" alternates from a hushed, whispered vocals to a thumping drum and a cascade of guitars, suggestive of the Catherine Wheel as DeVries sings about this love the films of 1972 (oddly, the only Altman film to come out in 1972 is Images, a relatively unremembered film with Suzanne York and Rene Auberjonois — maybe they're bigger film buffs than they let on). The album closes with one of its most satisfying songs, the ghostly, drifting "Behind the Stars," rich with strings and falsetto vocals.

The Turn-Ons deserve all the good press they've garnered from their previous albums. They do an excellent job of borrowing from their obvious influences, but they take their sound into new directions that not only remind the listener of those bands they liked so much in their youth, but also allow the Turn-Ons to exist as something beyond a tribute band. (However, I do think there is a shocking lack of 1980's and 90's post-punk tribute bands. Where are the Jesus Chain Gangs or the My Sweaty Arbor Days I ask you?). Parallels is a strong collection of songs that form an otherworldly sonic experience, and should hopefully widen the Turn-Ons audience to all the kids out there wishing they were back in the 1980's again (even if they were born in, what, 1987?).